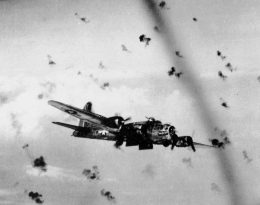 If you haven’t heard yet, Greg Johnson, my close friend and the editor of Counter-Currents, was arrested last weekend in Norway before giving a speech. The Norwegian police told the local media that they did not want Greg spreading his dangerous ideas — ideas that challenge the status quo and which come from what was once described as the “very dangerous mind” of Greg Johnson in the Chronicle for Higher Education.

Greg is not a terrorist. Like me, Greg regularly argues that there is much work that can be done to change our current situation — work that involves competent people striving diligently to bring about change. Here, Greg — and I’d like to think myself — are exhibiting a very low time preference. We realize the stakes are high, but want to build something that lasts for our people well beyond our years. If our predicament could be easily solved through random and dispersed acts of desperation, it would have been solved by now. The authorities knew Greg wasn’t planning violence; he’s doing something far more dangerous, which is changing people’s ideas of how things could be. I often say “things do not have to be this way” and “we shouldn’t have to live like this.” And we don’t and we shouldn’t. But do not despair; all of this is a historical aberration that can be corrected.

Some readers may know that last October I was pulled out of my Constitutional Law class (the beautiful irony) by six police in tactical gear and then searched, questioned, and harassed due to a false claim made against me by a very cowardly person who had run out of other ways to harass me. There are people all over social media who say far more outrageous things than Greg or myself, yet they do not get knocks on the door because they are not even close to being over the target, to changing anybody’s mind, or to understanding the issues we face. You only catch flak when you’re over the target, as they say. And this is no exception.

I was rather shaken up by my own incident. A lot of different thoughts and feelings course through you after something like that. I was upset at the entire system and society as a whole for becoming a place where somebody who only wants the best for his own people is being treated like a common criminal, a fact compounded by knowledge of current crime trends. The police were wasting their time with me — and now Greg — while true monsters, the truest scourge of God, roam the streets and prey on the weak. Greg and I wake up daily and battle these monsters.

Sure, they got one on me, and they just got one on Greg. If he’s anything like me, Greg will be annoyed, angry, and disappointed for some time. I’m going to help make sure that quality work is put out by doubling my own efforts in the coming months.

I appreciate each one of you for being here and supporting all of this. We’re making history, you know. The only thing that has ever changed history have been small bands of our people coming together in the face of what seemed to be impossible odds and standing firm, throwing off the shackles, and staving off the hordes — all so something greater than ourselves might endure.