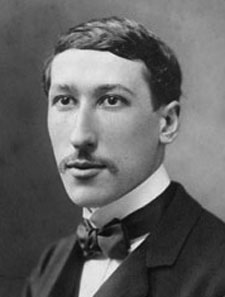 René Guénon was born on November 15, 1886. Along with Julius Evola, Guénon was one of the leading figures in the Traditionalist school, which has deeply influenced my own outlook and the metapolitical mission and editorial agenda of Counter-Currents Publishing and North American New Right. (For a sense of my differences with Guénon, see my lecture on “Vico and the New Right [2].”)

This relative handful of articles does not give a true sense of Guénon’s importance, for along with Evola, Nietzsche, and Spengler, he is also one of the most widely mentioned [13] thinkers on this site. It is a presence, and an influence, that will only grow in time.