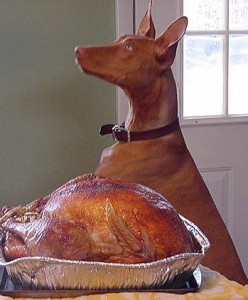 A Counter-Currents classic first published in 2017.

If you’re going over to someone’s place, bring some mead. Suggest to your hosts — with your most innocent expression, please — that at dinner you go around the table and everyone offer a toast and a boast. “Why that sounds like a cute idea,” they’ll say (especially if you ply them with mead first) — unaware of your heathenish intentions. And each time a glass is raised you can say in your mind “Hail!” “Hail Odin!” or whoever you wish to hail. If by that point everyone has consumed sufficient quantities of alcohol, you might even get away with vocalizing a few “Hails Odins [2],” without causing much of stir (best not to try this in the South). Or, try “Hail Santa.” It comes to the same thing. (Best not to try this in the South either, since Santa is an anagram of Satan.) What to do with that gravy they made that you really, really didn’t need on hand to smother over your other carbs? Take it, in its little damned boat, into the back yard and dump it out for the land wights [3]. But please have the good sense not to tell anyone that’s what you’re doing. (Unless you live in a pagan household, in which case you’ve thought of all the above already.)

Now for some odds and ends. I’m thankful I live in a world that includes: Wagner and Bruckner; Wardruna; authors like Julius Evola, René Guénon, Ernst Jünger, Yukio Mishima, Alain Daniélou, and Edred Thorsson; Asatru, and the runes, and Old Norse (which I am learning right now); Mr. Gurdjieff; men like Jared Taylor and Peter Brimelow and Jason Jorjani, who’ve sacrificed much for this thing of ours; Blu-ray; Arnold Fanck and Leni Riefenstahl; Fritz Lang and Veit Harlan; Kurosawa and Bergman; The Prisoner; dogs and cats — who out-class human beings, so far as I can see; my new anthology, The Importance of James Bond and Other Essays [4];  Plato, Aristotle, Kant, Hegel, Nietzsche, and Heidegger; Yule (my favorite time of the year); D. H. Lawrence and T. S. Eliot; H. P. Lovecraft and Gustav Meyrink; MGM-The History Channel’s Vikings; vodka; lava lamps; and cheese. Did I mention vodka?

I’m especially thankful for Counter-Currents, and for Greg Johnson, and Frodi Midjord, and John Morgan.