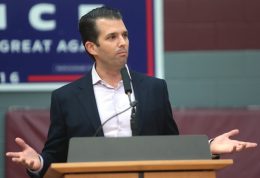 I’ve got one for you. What do you get when you cross a white, Christian, conservative population with a conservative movement which ignores it? You get what you deserve.

Well, Conservative Inc. has been getting what it deserves good and hard since late October. Charlie Kirk, Rob Smith, Dan Crenshaw, Andrew Klavan, Matt Walsh, and even Ben Shapiro – a discontinued wind-up toy turned shill for globohomo and Israel – have been groyped, which is to say they have been forced to face tough questions and tougher crowds as their attempts to purvey the controlled cuckservative narrative have been repeatedly foiled by intrepid young men wondering quite loudly:

So many questions, precious few answers. Conservative Inc., for their part, have responded by smearing the questioners, running hit pieces on prominent figureheads, belting out the usual epithets, gatekeeping, purging their organizations of patriots and nationalists, and kicking out even those who merely defend the right of such people to ask questions. Even more recently, they have begun shutting down Q&A sessions in their events. In a blatant attempt to carry on business as usual and peddle the controlled narrative, Conservative Inc. has failed to take into account that there is a contingent of bright young men who will have their voices heard, by hook or by crook. And something quite like that happened Sunday at UCLA.

The standard script for such events is to have Charlie Kirk and whichever supporting character he’s entertaining at the time field questions from college-age liberals or outright socialists so that they can proceed to destroy these liberal college kids with facts and logic! Of course, the entire edifice of feel-good college liberalism or American campus-style weed-and-free-shit socialism could be knocked over by an asthmatic 90-year-old woman, so the grifters of Conservative Inc. are what in boxing jargon are known as paper champions. They defeat absolute nobodies in order to bolster their credibility among respectable circles, chiefly among donors and to convince the broader conservative movement (and, I believe, themselves) that they are high-status winners.

At this point, I warmly invite you to read “Charlottesville’s Silver Lining,” my essay on the decline and fall of the Alt Lite. But assuming you’ve got no time, patience, or energy for more than one Jeelvyan irascible philippic per day, the operative concept is the following: In order to shore up their relevance, Alt Lite, center-Right, and centrist types have to constantly proclaim victory after victory and loudly trumpet the size and scope of their following.

The deeper, Dissident Right doesn’t need to be massive, or even win all that often in order to be relevant; our legitimacy is derived from our allegiance to the truth. We do not have to signal our high status; it is self-evident from our quest for the answers to the really tough questions. This makes us robust, even a little bit antifragile to failure. Every honest truth-seeker knows that being wrong is but a stepping stone to being right, and every falsified hypothesis decreases the number of unknowns in the world by one. All that being said, even if we cannot reach the full truth – or at least not in our lifetimes – then we can at least offer our audience an honest uncertainty about the world, and try to live with it as best as we can.

However, your typical Right-wing grifter, whether Alt Lite or center-Right, isn’t in the business of delivering truth. He is in the business of selling purple pills and comforting half-truths to people who would like to keep modernity, but simply remove a few of its worst excesses. More often than not, he is also in the business of limiting the range of allowable opinion, though I must confess that I find the audience a wee bit complicit in their deception.

You can usually tell that someone is not a truth-seeker, but rather a political striver if their speech is full of buzzwords relating to the status of the interlocutor. If they constantly harp on about how they are “winning,” “rising,” “massive,” and “the best,” whereas they dismiss you either using the usual epithets or with more general insults such as “trash,” “garbage,” “shit,” “retards,” and of late “incel,” then yes, this person has an agenda not entirely aligned with the truth.

Of course, sometimes even honest people use tactics like these. Indeed, I’ve used many such buzzwords in this very article, but this is only to be expected; humans are highly social creatures who use status to acquire resources, political power, and ultimately, reproductive success. Beware people whose speech consists of nothing but status signaling, and doubly beware such people who purport to be your friends.

This is why the Groyper Uprising is such a bugaboo for Conservative Inc. Deprived of the ability to smash chairs over the heads of hapless campus socialists, they’re exposed as shams who aren’t “winning” and who aren’t “fighting the culture war.” The establishment is scared because the kayfabe of mainstream politics is breaking. And now, the long, green arm of the groyper has reached Donald Trump, Jr.

First off, as someone who hadn’t paid Don Jr. much attention, I am aghast at how far the orange has fallen from the tree. Why would President Trump’s son, who is a successful businessman in his own right, be caught dead on Kimberly Guilfoyle’s arm? Why would a handsome Prince of the Realm be dating Gavin Newsom’s 50-year-old sloppy seconds? Kim Guilfoyle is a year older than Melania Trump, and unlike the First Lady, does not carry the Balkan genes which have made Barron Trump a giant among men, being a rather unstable combination of an Irish father and a Puerto Rican mother. And when she opens her mouth? Hell sounds like that, friends.

Okay, I get it. Sometimes you date down, especially after a tumultuous divorce. At the risk of turning Counter-Currents into a gossip mag, I’d wager that Kim Guilfoyle landed Donny boy on the rebound. In all likelihood, she’s a placeholder girlfriend until the usual Trump fare of models and actresses resumes.

But it boggles the mind as to why Don Jr. would drag this hectoring harpy to an official event and put her on the stage. While I recognize the utility of arm candy to signal status as an integral part of salesmanship and politicking, it was entirely unnecessary to go that far, whereas I can buy that a Poindexter like Jeff Bezos can lose his mind over a 50-year-old goblina. To learn that Don Jr. has gone loco over a quintagenarian señorita is to seriously entertain the possibility that our elites are incurably beta, even though they may be the honest to God sons of undisputed alphas.

Now, Don Jr. expected things to go swimmingly. After all, his buddy Charlie Kirk had shut down the Q and A so none of those meddling kids could get in the way of hawking his book, which is apparently about how liberals are triggered (so original, so incisive!). He was free to waltz in, leathery caliente mamacita in tow, deliver his boilerplate speech to applause, and waltz out – and that’d be the end.

But no, instead the crowd booed and chanted “Q&A.” Don Jr. and Charlie were stumped, and so it was up to Kimberly to save the day by lecturing the white men in the crowd about record black unemployment, record numbers of female-owned businesses, the Trump economy (which has left working and middle class whites wanting), and, of course, by condescendingly calling them incels.

Of note is that all three insisted on pretending that the booing and hissing crowd was a mob of Leftoids, when in fact they were Trump-supporting conservative young men.

After thirty minutes in front of a hostile crowd and Kimberly’s embarrassing harangue, the trembling trio retreated. Charlie Kirk, hoping to save Don Jr. embarrassment by terminating the session, somehow managed to launch a veritable deluge of excrement at an industrial-strength fan. Donnie boy had to limp away with his tail between his legs.

Now, Vincent James and Steve Franssen, who have emerged as groyper figureheads, have assured Don Jr. that the groypers are really after Charlie Kirk and that he caught shrapnel because he stood next to Charlie. This is partly true, but I won’t pretend that Don Jr. is blameless in his own embarrassment. After all, it was he, not Charlie Kirk, who brought Kim Guilfoyle onstage, and it was he who stood there like a non-entity while she insulted his father’s supporters and emasculated him in front of the whole world.

Nevertheless, it’s a good idea to give Don Jr. an opportunity to make a separate peace with the groypers even as Charlie is trampled under webbed feet, given that one of the acceptable forms of victory is replacing Conservative Inc. as the policymakers for the Trump administration. Kim’s gotta go, though. Hey, maybe Nick Fuentes can set Don Jr. up with Brittany Venti. E-girl or not, Donaeld Aetheling deserves better than La Bruja Hibernica.

The ball is now in Donald Trump’s court. The core of Charlie Kirk’s grift has been washed away. He has no victories to show, he has no mass following to fall back on, and his association with Don Jr. was not enough to protect him from the plague of frogs. Other grift-righters, neocons, and libertarians LARPing as conservatives will soon follow. The energy, sexy ideas, youth, and freshness are all on the side of the groypers. The bloated and turgid bulk of Conservative Inc., while massive in finance and institutional power, cannot match the nimbleness and ferocity of the groyper assault.

America First is the name of the game. An American nationalist movement has arisen to counter the conservative dog and pony show. If Orange Man chooses to side with American nationalists, he will be given an opportunity to remake the remains of the American empire into a nation. If, however, he chooses poorly, and hitches his wagon to Conservative Inc.’s train to oblivion, he will be devoured, chewed, and spat out by the swamp he set out to drain. Personnel is policy, and judging from those the Trump administration has chosen, their policy is the policy of Conservative Inc.

But this time, we’re going to have to see more than just nationalist rhetoric from the man himself. This time, we want to see muscular use of the Presidential pen to get things done, and even more importantly, an America First hiring policy within the administration itself. We want to see immigration restrictionists – not just for illegal immigration, but for legal immigration as well; sane purveyors of an actual America First foreign policy rather than neocons and Israel Firsters who want to drag the US into yet more wars; economic nationalists as opposed to the corporate stooges who want to staple green cards to diplomas; and policies which help the white working class instead of economic globalists who seek to plunder the commons for private profit.

Now, more than ever, it is time for Donald Trump to renounce the shills, grifters, and defeatists of the mainstream Right and side with the winners, truth-seekers, and triumphant frogs of American destiny. The future of America and the course of world history depend on this fateful choice.