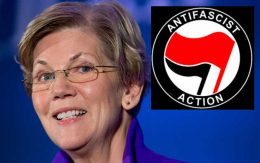 Would identitarians be better off if Democrats take back the White House?

Many people on the Dissident Right voice the opinion that Donald Trump needs to lose in 2020. Trump didn’t build the Wall, he didn’t reduce immigration, he bows before Israel, he passed terrible criminal justice reform, he hasn’t dealt with tech censorship, he shows no concern for persecuted Rightists, he may go to war with Iran, he can’t stop posting cringe, and so on and so forth.

These are all valid reasons why Trump is a disappointment and warrants strong criticism. Some therefore conclude that a Democratic win would advance our cause because it would punish Trump for his broken promises and accelerate the chaos.

In reality, Republicans wouldn’t get the message that Trump lost because he was insufficiently based, and a Democratic administration would make persecuting the Dissident Right a top priority. If you think censorship and deplatforming are bad now, just wait until the state pushes it under President Elizabeth Warren. Trump remaining in office is the best option for the Dissident Right. No, this doesn’t mean we ignore his failures and broken promises. It simply requires us to face reality and dispense with fantasy.

The “Alt Right” became a major phenomenon due to Trump. Dissident Right publications and organizations had existed for years prior to Trump, but few paid attention to them. Journalists and politicians started talking about us when we provided an intellectual basis and online support network to Trumpism. Thousands of people came over to our ideas due to this association. Much of this attention was given in an attempt to derail Trump, but it had the unintended effect of empowering the Dissident Right and making us grow exponentially. We were able to punch above our weight with memetic warfare and by offering online support to the Trump campaign.

The “Trump must lose” crowd insist that censorship is worse under Trump than it ever was under Barack Obama. That’s undoubtedly true, but they forget that it’s increased with the aim of derailing the Trump phenomenon. The President isn’t the one pushing the censorship; it’s major corporations and journalists who want to ensure that Trump is not allowed to enact a nationalist program, and moreover that America never again elects a nationalist. Liberal elites want us silenced because they see us as a threat and acknowledge that our memes helped Trump win. There was little censorship in the Obama era only because the elites didn’t see us a threat or relevant; they do now.

The troubles we currently face are our growing pains as a dissident movement. It was never going to be easy to change the world, and persecution is par for the course for dissidents. We shouldn’t be happy about our social media bans and payment processor refusals, but we should realize these developments are the result of our growth and increasing relevance. Trump’s rise facilitated that growth, and we will forever be associated with his candidacy – for better or for worse.

Arguably, the best reason to want Trump to win reelection is the persecution issue. It’s true that Trump hasn’t done enough on this issue. Big Tech continues to ban his own supporters and suffer no consequences, even though the President could use his executive powers to hit back. His Department of Justice has also unjustly pursued Right-wingers, such as the Rise Above Movement (RAM), while doing little about the antifa.

You may think this is bad, but it would get a hell of a lot worse under a Democrat. A Democratic president would likely pressure tech companies and banks to deny all service to suspected “White Nationalists.” Association with the Dissident Right could result in the loss of your gun rights under a Democratic president’s new red flag laws. The Department of Justice and Department of Homeland Security would be ordered to make White Nationalism their primary target, and investigate and prosecute many non-violent identitarians.

Some may argue that this would accelerate white America’s awakening and make them see that the American system has become tyrannical. In truth, most white Americans would ignore it. Just look at the response to what’s happening now. Have there been mass protests because of what happened to the RAM guys? Have millions of white Americans condemned the system because of Charlottesville? Where are the large-scale boycotts of PayPal and other tech giants that have suppressed the Dissident Right?

If you believe greater persecution will lead to more resistance, then why haven’t we seen any resistance thus far? The answer, sadly, is because most whites simply don’t care, and they think it’s only a few “Nazis” who are being affected. There is zero evidence that Middle Americans will care more once we have President Warren.

Not only will the persecution not turn us into martyrs in the eyes of white America, but we won’t have access to the platforms we need to spread our message. The Rightists who want a Democratic administration the most will be the first to lose their social media accounts and domain hosting. Nobody can hear your message if you’re offline.

The only person who might possibly put a stop to tech censorship and bias is Trump. He has made it clear that he wants to protect online speech and punish tech giants. A Republican-sponsored bill exists in the Senate that would target Big Tech’s special immunities and require tech giants to prove that they operate as neutral political forums. If the Republicans win in 2020, they might pass it. The Democrats, on the other hand, want Big Tech to censor more.

Even if you believe that Trump is a total failure, it’s undeniable that he’s the only hope against tech tyranny.

Our movement’s main objectives should be to build communities and institutions. A Democratic administration will make those objectives harder to achieve; a second Trump term at least offers the hope that we will gain federal protection. A 2020 GOP win should be hoped for solely for this reason. It goes without saying that no Democrat will stand up for our rights.

Rightists who want Trump to lose believe that it would send a message: Trump has failed us so badly that he must be punished at the polls. If you cuck, you lose elections. The problem with this view is that the people who make this argument don’t have a large real-world constituency. There are no Dissident Right organizations of any significant size. Further, they can’t host events, can’t establish institutions, and in many cases they can’t even get along with other people in the same circles, let alone ordinary voters. Yet, in their minds, they somehow influence the choices of large numbers of voters. This is a fantasy. There are probably a few thousand wignats, at most, and they are spread out all over the country – too sparsely to make a difference even in the battleground states. Moreover, nobody wants to be associated with our milieu. Republicans have won lots of elections without courting the National Socialist Movement’s votes; why will 2020 be any different?

Over ninety percent of Republicans approve of Donald Trump – one of the highest numbers in the party’s history. There are no real cracks in his coalition apart from among white suburbanites – a demographic which does not get its news from Gab. If Trump loses, the message the party will take away is that he lost because he was too racist, not because he was too cucked. The party establishment is eager to return to the pre-Trump days and pass an immigration amnesty. Plenty of Republican politicians are more than ready to condemn Trump and his platform if he loses. They will return to the days of George W. Bush and Mitt Romney, and double down on ethnomasochism, neoconservative foreign policy, and economic buffoonery. The GOP will be far worse in a post-Trump landscape.

Ironically, given the wignats’ kneejerk hatred for the man, the only person who could effectively fight back against renewed GOP cuckery is Trump himself. In the event of a loss, he’s likely to return to his 2016 self and blame the party’s establishment. He will insist that he was right about immigration, foreign policy, and trade from the beginning, and push for the party to remain true to his America First promises. Trump would make it his life’s mission to uphold the righteousness of his campaign agenda and attack any who besmirch it. He will still have most of the party’s loyalty, and Republicans will not have the luxury of ignoring him. He’s not just gonna disappear into Mar-a-Lago if he loses. In this scenario, the best outcome for Republicans would be that the leadership tries unsuccessfully to cuck, fails to pass an amnesty, and a candidate better than Trump wins the nomination in 2024, with Trump’s endorsement.

Trump’s return to form is one potential positive in the event of a loss, but it wouldn’t compensate for the much greater hurt that would be brought down on us by the new administration. It’s also not guaranteed that Trump would succeed in keeping his agenda alive. Our moment could very well pass with his departure from office.

It won’t be the end of the world if Trump loses, and we will adjust to the new circumstances if that occurs. The Dissident Right simply needs to realize that our fortunes are tied to Trump’s, and we would be weaker without him. Yes, he has done a lousy job of turning our ideas into policy, but no American in recent decades has done more to advance them metapolitically. Immigration restriction, non-interventionism, and economic protectionism are all now part of the Republican mainstream thanks to Trump. More Americans than ever agree with the Dissident Right, and that number will continue to grow if he wins reelection. The Republican Party will further adapt itself to Trump’s 2016 campaign message, and neocons and libertarians will feel even more unwelcome in the party.

If you don’t buy that, you should at least understand that Trump and the Republicans are the only ones who will not unleash the full force of the state against us. We might still deal with tech censorship and deplatforming under President Trump; we never will with a Democrat.

Trump may be too cringey for some to bear, but he’s our only option in 2020. We lose much and gain nothing if he loses.