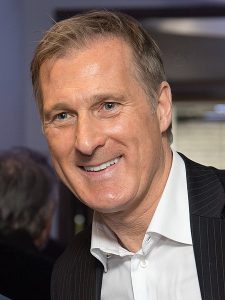 The once-promising People’s Party of Canada (PPC) suffered a humiliating defeat in its federal election last week. It lost the only seat it had, held by the party leader Maxime Bernier, and garnered only 1.6 percent of the vote.

It was a bad start for the independent party’s first race, and it may bury the PPC for good. Bernier had held his parliamentary seat since 2006, but his departure from the Conservative Party of Canada proved fatal to his electoral chances. Other top candidates the PPC recruited came nowhere close to victory, undermining any claim that the party can do better than the Conservatives.

The PPC’s poor performance exhibits the folly of creating a third party in the US. This Canadian populist party had strong credentials: a major ex-Conservative figure as its leader, association with the “Ford Nation” (candidate Renata Ford is the mistress of former Toronto Mayor Rob Ford, himself the late brother of current Ontario Premier Doug Ford), and an immigration restrictionist message that most Canadians agreed with. Yet, it couldn’t even win two percent, and its leader lost the seat he had held for years.

For Americans, this illustrates why we should dispense with any fantasies of a nationalist third party. The Republican Party is the only party for our ideas.

The PPC was well-situated so far as independent parties go. Bernier is not a crank, nor a washed-up politician; he was a major Conservative figure and nearly became the party’s leader in 2017. He served in numerous cabinet posts, including as Foreign Minister, in the Stephen Harper’s Conservative administration. His 2017 leadership candidacy was derailed not by unpopularity, but by dirty tricks within the party. Bernier led the first twelve rounds of voting, but curiously lost to Andrew Scheer by a thin margin in the thirteenth. After the vote, it was discovered that many ballots weren’t counted, along with other irregularities.

This dubious result and Scheer’s lackluster leadership pushed Bernier to resign from the Conservative Party and form his own party in 2018. “Mad Max,” as his supporters call him, cited the Conservatives’ obeisance to political correctness and unwillingness to tackle important issues for why he started the PPC. To put this in an American perspective, imagine if Ted Cruz decided to split from the GOP over a leadership dispute and founded his own populist party.

Bernier nearly became the face of the Conservatives – and now he was leaving.

Initially, Bernier didn’t make immigration restriction and opposition to multiculturalism the core tenets of his new party. Mad Max is a libertarian at heart, and wanted the Conservatives to focus more on slashing government spending. Fortunately, his party put aside the goofy libertarianism and focused on national populism in the 2019 election. The PPC’s platform called for dramatic cuts to Canada’s yearly immigration intake, stronger border security, tougher asylum rules, and an end to state-mandated multiculturalism. Canada currently takes in 350,000 immigrants a year (a near-record in the nation’s history), which would be equivalent to America taking in over three million newcomers every year. The PPC called for the number to be reduced to between 100,000 to 150,000 every year.

This platform caused indignation among the Canadian press and the PPC’s political opponents. The party, which ran several minority candidates, was branded a neo-Nazi party, and its anti-mass immigration billboards were taken down by the advertising company contracted to put them up. Bernier had to fight to get onto the official federal debate stage with the other parties, while most of the party’s 300-plus candidates were frozen out of the local debates. When he was finally allowed on the debate stage, Scheer claimed his message was only bait to the worst elements in Canada, and New Democratic Party Leader Jagmeet Singh said Mad Max shouldn’t even have a platform.

It was expected that the Left, as represented by Singh, would hate Bernier and PPC. But the most aggressively anti-PPC faction was arguably Scheer and the Conservatives. Shortly before the election, it was revealed that the Conservatives had paid a liberal operative to “seek and destroy” the PPC. Outlets associated with the Conservatives, including the National Post newspaper, harshly covered the PPC and mocked its very existence.

The Conservatives are probably right to be peeved at the PPC. The populist party served as a spoiler and, if even mildly successful, would have ensured that the Conservatives wouldn’t have become the largest party in Parliament. That might not be the worst thing for Canadians, considering how little difference there is between Scheer’s party and Justin Trudeau’s Liberal Party – who are collectively mocked in populist circles as the “LibCons.” The Conservatives want to keep immigration at the same record-high rate and support state-sponsored multiculturalism. Party leaders even expressed solidarity with a Syrian antifa member who intimidated an elderly woman who was merely trying to attend a PPC event.

Scheer epitomizes craven center-Right politicians. Unlike Bernier, he has little charisma and reminds one of a teacher’s pet. Unfortunately, his cucked agenda was strengthened by Bernier’s departure. Without a nationalist bloc to challenge it, Scheer was empowered to announce the Conservatives as being fully in support of mass immigration and multiculturalism. It may have felt good for the PPC to be free from the constraints of the CPC, but ultimately it didn’t advance their cause.

It would have been more effective for national populism for Bernier to remain in the CPC and challenge his party from within. Maybe the Conservatives would have considered an immigration reduction and reforms to state-mandated multiculturalism if Bernier and his supporters had stayed. Instead, the Conservatives were given free rein to denounce the PPC’s “racism” and position themselves as anti-extremists. The PPC’s disappointing returns also reinforces the Conservatives’ opposition to a nationalist agenda. Why adopt the message of a losing party?

The future does not look promising for the PPC or national populism in Canada. The party did nearly everything possible to make its message palatable to the wider public. It had a charismatic and well-respected politician as its face. It didn’t allow “disreputable” types to join and disavowed racism. Its anti-mass immigration and anti-establishment views are shared by wide swathes of the public. The party tailored its message to fully appeal to disaffected right-of-center voters, but those voters stuck with the Conservatives, dooming the PPC’s prospects.

Canada is not an ideal nation for an independent party, but it’s better than America. Two independent Left-wing parties, the New Democrats and the Greens, have seats in Parliament. It has a huge, highly nationalist, and anti-immigrant Quebecois population (although they tend to vote separatist, not for the Conservatives). It also doesn’t cost a fortune to run for office in Canada like it does in the States. Its election rules and culture may not be suitable for a party like the PPC to succeed – but there’s still more opportunity than in the US.

Many on the Dissident Right dream of forming a nationalist third party in America. They can’t stand the perfidy of Republicans and believe an authentically national populist party would sweep away the insipid GOP. The PPC’s example should disabuse us of those silly notions. First of all, we can’t recruit a figure anywhere near Bernier’s stature to lead one. American elections require one to raise millions of dollars just to compete; we simply don’t have that kind of money. (The Reform Party, the most successful American third party in the last forty years, was financed and led by a billionaire, Ross Perot, and collapsed when he abandoned it.) Indeed, many Right-wing third parties already exist in America, but they have no significant impact in elections.

America’s two-party system is entrenched and isn’t going anywhere. Fortunately, the GOP is far better than the CPC. In spite of his faults, Donald Trump is vastly superior to Andrew Scheer, and the GOP is more open to nationalism today than it has been in decades. The Dissident Right has more opportunities to influence politics and policy through the GOP than it does through a theoretical American nationalist party.

It may not be ideal, but it’s better than the electoral wilderness Canadian nationalists find themselves in.