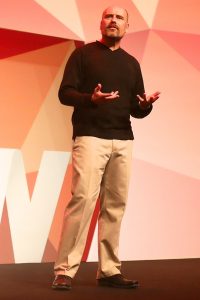 Stefan Molyneux has not had a good year. In fact, he says it’s been a brutal year [2]. The world’s most popular philosophy show is in dire straits. He’s losing subscribers, he’s losing views. He’s got a bone to pick with YouTube and its bosses, and he needs more money to make more unprofitable documentaries into which he inserts his own experiences. Now, I’m not against inserting onself into reporting; indeed, I’ve been known to engage in wacky gonzo myself, but really, Molymemes, if you’re reporting on Polish nationalism, report on Polish nationalism, not your feelings qua Polish nationalism.

I’m too harsh on the guy, I guess. He’s a bit full of himself, but useful to us, though timid and not willing to engage in bold philosophy on the bleeding edge. He also resorts to moralism to browbeat any objectors to his ancapistani utopia’s feasibility. He ignores the gigantic Humean naught at the center of his philosophy – which is really at the center of all libertarian and libertarian-aligned philosophies. Yet, guys do move on from Molyneux to the good stuff. Some get stuck in the Molyneux cul-de-sac; some retain some of his wrongheaded ideas even after they move on. He’s a mixed bag in terms of utility.

Not just Molyneux, though. The entire Alt Lite seems to be on the precipice of collapse. Sure, we can blame teh ebul algorthitmz for cutting off their subscribers and kicking them off of their platforms, but there’s no shortage of foot meet bullet type incidents, from Mike Cernovich covering up for Allen Dershowitz’s involvement with Jeffrey Epstein’s underage sex slavery ring [3], to Theodore ”Teddy Spaghetti” Beale (you may know him as Vox Day) protecting his lisping friend rather than face the music [4], to the disaster dominoes surrounding Turning Point USA [5] – really, most of us in the know have a hard time discerning between the Alt Lite and a dumpster fire. A multi-million-dollar dumpster fire. (Hey, did you hear the news? Ashley St. Clair (yes, that Ashley St. Clair) has been fired from Toilet Paper USA for appearing in a picture with TEH EBUL NADZEE [6]! It would appear that a big Afro-Latino named Nick destroyed her career.

That’s the Alt Lite. Do we even want to look at what the rest of the cuckservative dog-and-pony show is doing? Friends, I looked so you don’t have to [7]. Or more precisely, the Z Man of the Z blog looked so I don’t have to [8]. It’s boomerfeed all the way down.

Oh, sure, they’re ridiculous, dishonest, money-grubbing, and, as the kids say, blue-pilled and cringe – or at least purple-pilled. But that’s not what’s killing them. It is unfortunate, but the basic human condition is that of fearful reluctance to change old habits and beliefs. The well-adjusted and functioning normie conservative will cling to the Reaganite dream to the bitter end, because to let go is to allow himself to be swept up into a new and uncertain paradigm. It is to cease being Rambo (since II, the epitome of muscular and confident America) and to start being that guy in the original Death Wish [9] whose wife is murdered and whose daughter is raped, a starkly lesser man than Rambo who can only hope for revenge, not bullet-dodging glory or the good life. It’s pain beyond the human capacity for pain. It’s status loss. Reality is a harsh mistress. And for this reason, there will always be a market for purple and blue pills, straight up or dipped in red dye, which will dwarf the market for real red pills. The paypigs of the grifter right will never dry up. However, you gotta convince them to pay up.

How do you convince people to pay up? Well, here at Counter-Currents, we raise funds by giving you good reasons to do so [10], which is to say by recounting our accomplishments, by stating our ambitions, and by building the case for Counter-Currents as a part of your well-being and political future. In short, we anchor ourselves to the truth and trust our readers to honor that truth, no matter what adversity we face. Seeking the truth has consequences, though, and so we find ourselves prosecuted and censored, while the blue- and purple-pilled masses avoid us like a racis’, huwite supremist, anti-semetic plague. And yet here we are, still standing – and slowly but steadily, our influence grows.

The grifter right has to rely on numbers and the illusion of continuing victories being snatched from the jaws of defeat in order to motivate its turgid fanbase to pay up. Witness any Molyneux video where he stretches out his digital hat, and you’ll see a very hammy and overplayed performance of a man who wants us to believe that he is under siege. Really, Moly, this is disappointing. I hired all sorts of inexperienced people back when I was a penniless hipster filmmaker, and I would have booted you off my negative-budget set in a heartbeat. Further, witness Mike Cernovich’s incessant dramatic appeals to his own reportedly massive following. I’m tempted to insert some witticism about lions and donkeys, but I shall refrain out of respect for the latter which, unlike Cernovich and his doubtlessly minuscule cadre of lickspits, perform a useful function as beasts of burden and mounts of jolly, if overweight squires to knights errant.

The Alt Lite depends on ginning up this fervor of a city under siege with the slightest chance of a narrow victory. In a sense, they are somewhat antifragile to opposition, but only to a certain point. They have to deliver a victory every now and then, and they have to have a certain mass appeal – hence Cernovich’s obsession with his number of Twitter impressions. This makes them very vulnerable to censorship.

Nuking Counter-Currents’ YouTube channel was a blow, but not one that will kill us. As I’ve said before, we depend on our commitment to the truth, not mass appeal. Nuking Molyneux’s YouTube channel would leave him close to powerless. Without his numerical clout, he’s just another vacillating anarcho-capitalist (though more open-minded than the average member of that tribe). Without his Twitter account, Cernovich is just some lisping, race-mixing lawyer with unsavory connections to the swamp creature Allen Dershowitz. Censorship deals us a smaller injury – one that is liable to further prove the truth of our message. Censorship is only a crippling injury to those who’ve not anchored themselves to the truth. People will run over fifty miles of Internet thorns to read a Counter-Currents movie review. People will not deal with BitChute’s negligible inadequacies in order to watch Molyneux make a fool of himself by bobbing his bald dome enthusiastically every time an inanity from Diamond provokes a “das rite” from Silk [11].

Absent the Alt Lite, the only options remaining for the Right are the mainstream cuckservatives – who are busy constructing “conservative” cases for racial replacement, sodomy with children, and proskynesis before Israel – and us. And the censors will soon come for the cuckservatives, who are even more dependent on mass appeal than we are. The entire political Right will be enveloped in this gigantic cloud of censorious toxic gas. And we’re the only ones wearing masks.

I could possibly be saying the stupidest thing in my entire life, but here goes nothing: Charlottesville was a long-term victory.

First, the theory. Teddy Spaghetti (you may know him as Vox Day) is not an exceptionally smart man, but he somehow managed to write a very smart book: SJWs Always Lie: Taking Down the Thought Police [13]. One of the ways in which he suggests one could take down a troubled institution is to sic its Left wing on its center – that is to say, to stick one’s hand in the piranha tank, whirl it around really fast, and retract it with as few fingers lost as possible. What will happen next is that the piranhas will devour each other under their own steam – or in the case of an institution, the Left wing will deplatform the center and cleave the whole enterprise in half, denying it all legitimacy and, ultimately, power (since only the center-Right type of people know how to get anything done in a given organization).

In practice, that’s sort of what happened in Charlottesville. The Alt Right went in, whirled its arm in the piranha tank, and then bungled the extraction something fierce.

In the short term, the Alt Right – as it was known back then – got its ass handed to it. Not for lack of asskicking prowess on our part, but because some heroic fat woman had a heart attack or something, and some schizotypal young man was driving nearby, and thus it was clear that America had experienced a huwite supremist terr’rist attack. Also, some violent libertarian from New Hampshire got into the mix, got a face full of pepper spray, and was forced to plead guilty to some crime or other. The Rise Above Movement was furiously prosecuted by Trump’s Justice Department. The Alt Right was irreparably fractured, and the antifa decisively won the battle for the streets of America, which had been hitherto fought as a result of Trump’s presidency. Even Based Stickman (remember Based Stickman?) retreated into obscurity. It all sounded very banal from where I’m standing. Terrorism? What terrorism? To someone who saw mortar shells fall from the sky at age 10, some light vehicular mayhem doesn’t sound all that terrifying, but I always forget that men are few and far between outside the Balkan peninsula.

However, the story was in, and TEH EBUL HUWHITE SUPREMATERRISM NADZEESEMITES had to be cracked down upon. And since the Alt Right of yore was a broad, six-lane highway which allowed everyone from Chris Cantwell to Dave Rubin to drive together towards a common – if at the time undefined – goal, the Charlottesville shitstorm ended up splattering everyone with hearty helpings of the brown stuff.

The Alt Lite is fond of saying “first they came for Alex Jones” because he was the first one of them to get nuked from the Internet. But no, no, a thousand times no. First they came for Jared Taylor, and then a wave of deplatformings followed. We are now hunted and censored at every juncture. However, I noticed a trend in early 2018 – the parts of the Alt Lite that were furthest to the Right started catching flak.

I privately predicted that eventually, the Alt Lite would be completely obliterated by a wave of censorship, whereas the Dissident Right would survive, for the reasons I l gave earlier. I kept it to myself because there was no evidence to prove it at the time. But now we see that Molyneux is feeling the heat. Milo Yiannopoulos was removed early on. Alex Jones is already gone.

The tech oligarchy is determined to prevent another Trump election. To that end, they will deplatform the entire Right wing of the political spectrum which does not deal in safe and toothless ideas. Pretty soon, even Jack Posobiec and Ann Coulter will be too spicy for Twitter, and conservative commentary will be all Shapiro and D’Souza, all the time (muh based market-dominant minorities). In this barren wasteland, we’ll be the only ones left standing, since for some strange reason – and unlike the grifter right – we do not depend on the Left or the tech oligarchy’s mercy to keep on trucking. Maybe it’s that anchor to the truth. Maybe it’s the fact that we attract a better kind of man – a friend to truth and beauty rather than a bandwagon jumper. Maybe the wages of honesty and integrity are victory and eminence, whereas the wages of dishonesty and cuckery are failure and irrelevance.

I don’t think you can blame your mama for this one, Molymemes.