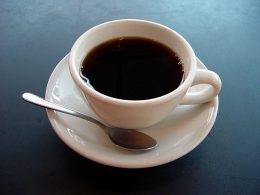 Our goal this year is to raise $100,000 in order to expand our efforts to build a metapolitical vanguard for White Nationalism. So far, we have received 274 donations totaling $59,018.79. We set our goals high because the task we have before us is formidable, but with your help, we will succeed. We want to thank everyone who has supported us so far. Please note that we are now again able to receive recurring donations and donations from credit cards outside the US.

I discovered Counter-Currents very soon after it went online. I cannot remember how I happened to land on it, but my life has not been the same since. Having become a White Nationalist many years prior through independent study and a healthy amount of old-fashioned common sense that they never managed to beat out of me, I had become stuck: Okay, now what? Finding a White Nationalist Website with intelligent writers covering an incredibly wide variety of subjects, with intelligent readers leaving perceptive comments, which was updated daily and didn’t look like it was held together by Elmer’s glue or infected with rabies, was a godsend. I was energized in a way I hadn’t been in a long time, and became even more convinced in the rightness and the urgency of our cause. Counter-Currents made me more committed to our people than ever. For this, I will be forever grateful. I simply cannot imagine being without it. And I know I am not alone.

I remain as energized and committed as I was when I first discovered Counter-Currents, but I am also a regular guy who lives in the same world as you do. I walk the streets with the same people, overhear the same conversations, see the same syllabi, deal with the same Jew landlords, deal with the same Human Resources departments, suffer through the same propaganda, and feel my pulse race when surrounded by degeneration. It can be depressing, and often one is tempted to deal with it by disappearing into small social media cliques in which the gallows humor of like-minded observers can take away a bit of the sting. This is okay on occasion. But too much of this can make us feel as if none of this is real. This is very dangerous. One very important reason to donate to Counter-Currents is to maintain a sense of the reality of our struggle. A donation is action. It is the transference of your labor into the movement. It is your acknowledgement that this cause is genuine to you, and that you are energized and committed in a way that goes beyond social media, beyond burying your head in a book, and beyond listening to endless podcasts.

We are all aware that things are heating up out there. Whites are under attack across the world. We are being replaced demographically, symbolically, and even historically. They are digging into the past to spit on our graves as they attempt to deny us a future. This is going to get much worse before we win – and we will win. But it will happen sooner and more cleanly with solidarity and financial support for those who are in the best position to march forward with an uncompromising, intelligent pro-white message. Counter-Currents is in this position and deserves your support.

Whenever you hear a fundraiser for PBS, the spokesman will go on and on about how they are only asking “for the price of a cup of coffee.” Usually, for the price of a cup of coffee they’ll just give you another year of British mysteries with wholesome and hearty hijab-wearing detectives and tough 22-year-old female coroners eating sandwiches over dead bodies, or radio programs about the latest Nigerian lesbian dance troupe’s visit to your city. You’ll get none of that at Counter-Currents! But they do have a point. For the price of a cup of coffee a week, or your cancelled Netflix subscription (or, of course, more if you are able), you can ensure that Counter-Currents can continue to function as the epicenter of serious White Nationalist discourse. Have you ever noticed that Counter-Currents is almost never mentioned in hit pieces on “white supremacists” or the Alt Right, despite its massive influence? It is because the scum elites are afraid of it. They do not want average whites to know of its existence because it is too smart and too convincing. The average white knows something is wrong in his country, but doesn’t know to whom to turn for answers. Your donation will help Counter-Currents reach these people, and to thwart the Jews’ and their collaborator rats’ attempts at hiding the truth.

You know you should donate, so just do it. You’ll feel good. It is money that will go into the hands of people like you who are working tirelessly to protect you, your family, and your descendants, and – as a delightful bonus! – it is money that you will not be able to spend on stupid shit to make people who hate you richer. Truly, that is a win-win situation.

Donate to Counter-Currents because it is a great Website and publisher, and an incredibly important part of the White Nationalist vanguard – but also donate to remind yourself that all of this is real and that all of this actually happening to you, to me, and to all of those people with whom you interact online whose names and stories you will probably never know. Donate to remind yourself that you are part of something important, and that you – you, specifically – are needed in this movement. You are reading this for a reason. You are here, in this age, for this fight. Many of those who share your views have gathered together at Counter-Currents to dismantle the systems of lies and horror set up by our enemies. Help fund their destruction.