The Counter-Currents 2019 Fundraiser
Reality: The Antidote for Wokefulness 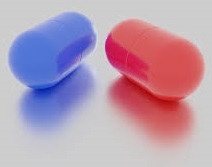 Our goal this year is to raise $100,000 in order to expand our efforts to build a metapolitical vanguard for White Nationalism. So far, we have received 264 donations totaling $57,067.79. We set our goals high because the task we have before us is formidable, but with your help, we will succeed. We want to thank everyone who has supported us so far. Please note that we are now again able to receive recurring donations and donations from credit cards outside the US.

If there is anything that unifies the Dissident Right, it is its rootedness in reality. Truth, after all, is merely an acknowledgement of what exists in reality. Our greatest thinkers have always put a premium on reality. For Giambattista Vico, it was a metaphysical necessity that “the order of ideas must follow the order of things.” For Leopold van Ranke, it was essential that history be written “wie es eigentlich gewesen ist” (“as it actually happened”). And for William Carlos Williams, it was axiomatic that poetry have “no ideas but in things.”

Reality, however, is in short supply these days. The progressive project can be distilled down to an attempt to deny reality in whatever form it assumes. Yearning for a utopia that does not and cannot exist, the typical Leftist is like a little child who tightly holds his hands to his ears and begins caterwauling so as not to hear the manifold truths that constitute reality. Reality is such a repugnant concept for Leftists that they will go to any length to deny its existence, hence the concerted efforts of Silicon Valley and its establishment Democrat/Republican uniparty employees to shut down and anathematize any individual, organization, or publication that dares to utter the truths of reality.

Counter-Currents is a bastion of reality in a world gone mad. It provides a sanctuary for writers to write about and readers to read about and comment upon the truths of reality. But Counter-Currents is more than just a depository of truth; it is a community of the mind in which persons who agree on the essentials – but not necessarily the particulars – of the solutions to the problems facing our race can come together and discuss issues in a collegial manner. As such, it is the true heir to the intellectual heritage of the university, that once-proud institution that sadly exists today in name only.

Just as important as the reality-based truthfulness of its content, the writing and the commentary found on Counter-Currents is of a literary and aesthetic level far beyond that found in almost any academic or high-brow journal of opinion. The beauty of the prose found on Counter-Currents bespeaks the beauty of the ideas contained therein. It is an intimation of the beautiful society that will exist when our race regains its collective sanity and restores itself to its rightful place in the world.

In a sane world, Tito Purdue and Spencer Quinn would be best-selling novelists with Hemingwayesque reputations. In a world more concerned with quality than diversity, Anthony Ludovici, Francis Parker Yockey, and Savitri Davi would be ranked among our most important thinkers. And in an intellectual environment in which that term is not an oxymoron, Ricardo Duchesne would hold dual Ivy League and Oxbridge professorships.

Alas, it has been our fate to live in “interesting times,” as they say. Despite the Left’s best efforts to the contrary, however, reality is making a comeback, and Counter-Currents deserves much of the credit for its obduracy. Every day, more and more white persons are awakened out of the deceit and sloth of wokefulness. The weight of reality is proving too much for the lies of the Left to bear. But for Counter-Currents to continue its essential part in this battle it needs your financial, as well as moral, support. I urge all readers to donate generously to Counter-Currents in its annual fundraising campaign.