On the Ruin & Conquest of Britain, Part 1 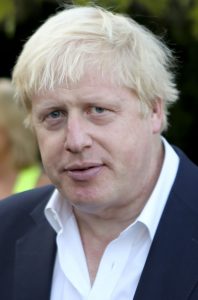 (The title comes from De Excidio et Conquestu Britanniae, a work written by the monk Gildas the Wise in the sixth century AD.)

While bumptious Boris leads a Tory bounce in the polls, Little Englander Brexiteers seem to have finally had their way, and the civic nationalists wear their molded-plastic Union Jack hats and wave their paper-thin flags with pride. Each and every one turns a blind eye to some obvious facts, such as Bojo’s own conglomerate ancestry, and the genetic complexion of his ministerial front bench, which is a so-called reflection of “modern Britain” – with Sajid Javed as Chancellor of the Exchequer, Dominic Raab as Foreign Secretary, and Priti Patel as Home Secretary. Each one is ideally placed to take up the mantle of leadership when King Boris falls.

Then there is the little matter of the new Prime Minister’s wish – previously floated while he was bopping around as Mayor of London – to offer an amnesty to illegal immigrants. This comes on the back of Mrs. May’s efforts, while Home Secretary, to create a supposedly “hostile environment” for clandestine migrants, but which instead facilitated a quadrupling of the number of non-EU immigrants entering the United Kingdom under her watch. In the dying days of her own tenure in Number 10, she signed – without any electoral mandate or serious parliamentary debate – the UN’s Global Compact for Migration, which will no doubt in the fullness of time become enshrined in international law and be quoted ad nauseam by human rights lawyers as a fundamental pillar of the new world order. This Compact effectively rebrands “illegal” migrants as “irregular” migrants, and creates a plethora of draconian punishments for people who dare to criticize or question the demographic transformation of the nations of Europe and North America. It is also a harbinger of the further extension of the powers of the authoritarian, proselytizing, propagandist states that countries like Tony Blair’s “Cool Britannia” have already become.

The Tories are hell-bent on their intent to subjugate the current population to a Great Replacement in pursuit of their mirage of economic gain, while the white working class of Britain’s inner-city council estates and the aspirant first-time homeowners in their soulless suburbs suffer all the pain brought upon them by Labour’s policies.

White victims of racism such as Kriss Donald, Ben Kinsella, and Jesse Dirkhising are consigned to Orwell’s memory hole, while David Lammy and Diane Abbot’s halo-wearing Windrush Generation and the hundreds of undocumented guests who were caught up in the Grenfell Tower inferno are lauded in the press. Networks like the BBC, Sky, and ITV, as well as programs like Channel 4 News and Newsnight, deliberately misreport the effects mass immigration is having: child molestation by Pakistani Muslim syndicates occurring across the length and breadth of the land, the epidemic of knife crime perpetrated by blacks on our capital city’s increasingly Mogadishu-like streets, and the hidden costs to our economy of providing social security to millions of newcomers to our country.

So Boris is the New Boss, the same as the Old Boss. His administration merely represents a shuffling of chairs on the Titanic’s deck. We are holed below the water line. Enoch Powell’s rivers of blood continue to swell while a low-intensity war is being waged in our benighted boroughs, concrete conurbations, and Tudor towns. Everywhere you look there is despoliation, dilapidation, and a brown hand on a white thigh.

This is not the time for moral cowardice or putting blind faith in a feckless President’s supposedly favorable trade deal, especially when the man in question whips up his base with Father Coughlin-style truisms like “Build the Wall,” “Lock Her Up,” and “Send Her Home,” but who consistently fails to deliver while exhibiting a difficulty in differentiating between America and Israel First. We are living in a time when Horatio Nelson’s navy cannot even protect our merchant ships in the Strait of Hormuz, and our aircraft carriers leak on their maiden voyages; soldiers are deployed to serve in the front line with ineffective kits, while the Royal Air Force’s aircraft are in constant need of refits. Our manufacturing base, once the envy of the world, has been outsourced to Beijing, and our once-great statesmen like Sir Oswald Mosley have had to give way to non-entities like Jeremy Corbyn and Jo Swinson. We are left with weaklings like former Foreign Secretary Jeremy Hunt, who was reduced to making empty threats about “serious consequences” when the Chinese told us to go away, deserting the Hong Kong youth to a Tiananmen-like fate.

If anything, this is the time to grow a backbone, to stand up to the cat-calls of “racism” and the constant litany about “anti-Semitism” – not to run and hide. The knock on the door is only a Twitter comment or a YouTube video away at any given time. The Equality NKVD have infiltrated and control all our governmental ministries, as the experiences of the canaries-in-the-coalmine such as Tommy Robinson or Stephen Yaxley-Lennon clearly confirm. The Civil Service and the House of Commons are firmly in the Remain camp.

Our backs are up against the wall. White advocacy is a thought crime, and that is why samizdat publications like Greg Johnson’s The White Nationalist Manifesto and Toward a New Nationalism have become even more relevant, because we need to augment the enthusiasm and vigor of what few activists we have with the intellectual arguments that can win debates and silence our opponents. There are hearts and minds to be won over, and it is high time we started to fight to win.

« They Will Devour You