On the Ruin & Conquest of Britain, Part 3 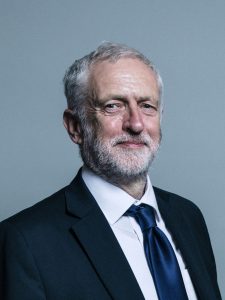 And after he met with Tory Remainers such as expense fraudster Caroline Spelman and arch-conniver Dominic Grieve, the opportunist Labour leader issued a chilling letter which read:

In other words, a cabalistic coalition is deliberately obstructing the will of 17.5 million voters under the guise of a disputable technicality, and continues to collaborate with and pay over £39 billion of hard-earned British taxpayers’ money to a supranational socialist entity whose unelected Commission has regularly failed to obtain a clean bill of health even from its own auditors in the very recent past. The official wording of the audit called attention to the Commission being “affected by material error” and being in need of “urgent reform.”

As Tony Blair once said, “The European Union is not a project about peace, it’s a project about power.” In addition to its single currency and open borders ethos, Article 28 of the Lisbon Treaty facilitates the setting up of a European Defense Agency, with EU battle groups to be stationed around the world, and an EU navy to be deployed against sea-borne threats to trade and security. This is military posturing which has witnessed the Euro Corps marching under the EU flag in the courtyard of the EU’s headquarters in Strasbourg, and Members of the European Parliament denouncing “Russian aggression” in the Baltics. In the meantime, their public relations staff spreads rumors and innuendo about Marine Le Pen, Matteo Salvini, and other Right-leaning or national populist parties being in Putin’s pocket. This is exemplified by the entrapment scam carried out against Heinz-Christian Strache, the head of the Austrian Freedom Party, in July 2017. And yet no one resigns and no scandal ensues when George Soros funds Remain groups like Best for Britain, or migrant caravans heading towards the US’ southern border, or Democratic Party cadres, or anti-family women’s groups all over the world, or Black Lives Matter “activists” who foment riots in places like Detroit. Soros further wants the EU to commit to giving Africa thirty billion euros as part of a new “Marshall Plan”; militates against national populists like Viktor Orbán; spends billions on maintaining the current liberal-Left establishment; and receives glowing praise in publications like The New York Times Magazine, which has written that his “Judaism and career in finance render[ed] him a made-to-order phantasm for reactionaries worldwide,” to which Soros replied in a hubristic tweet: “I must be doing something right to look at who my enemies are.”

I must be doing something right to look at who my enemies are. https://t.co/s9NwQM0QQp

« Travails of a Metic