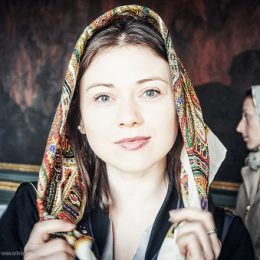 Aleksandr Solzhenitsyn seemed to write novels like a historian. It’s as if he didn’t always know which details were more important than others, and so erred on the side of quantity rather than quality. Not that his novels don’t contain great stuff – rather, they tend to lead the reader through long and uneven passages in between the moments of greatness. But in the short story and novella – or what I would call the extended sketch – was where Solzhenitsyn’s narrative talents shone the most. One Day in the Life of Ivan Denisovich is a prime example, of course. However, “Matryona’s House,” first published in English in 1970, embodies the vigorous ethnocentrism that Solzhenitsyn felt towards his fellow Russians and is therefore unique. In a sense, the story is a love letter written to his own people, one that can be applied to any group of people with whom one identifies.

The story’s narrator, named Ignatich, is a former gulag inmate, similar to Cancer Ward’s Kostoglotov. No family. No connections. Just a guy with an education and a lot of bad memories, looking to restart his life somewhere within his vast Asiatic homeland. It’s 1953. “I just wanted to creep away and vanish in the very heartland of Russia – if there ever were such a place,” he tells us. Note how Ignatich wishes to become one with the real Russia while harboring doubts that it even exists. Ignatich’s love for his homeland and his links to the soil and geography becomes apparent early on. He’s looking for a place that embodies the “true, legendary Russia,” and believes he’s found it in a village called Tal’novo.

Everything about Tal’novo seems to have changed little since the October Revolution of 1917. He describes it as having existed “from time immemorial,” and retells a legend about how a gypsy woman haunted the surrounding woods. He gets a job teaching there and right away hunts for a room to rent. This is how he comes across Matryona’s house.

Solzhenitsyn dedicates much time to describing this house – as would be expected, since it is the story’s eponym. The structure is well-built, but old, and barely hanging together since its lone occupant – the exhausted widow Matryona, who is nearly 60 – can do little for its upkeep. Bugs are not features in Matryona’s house; they’re actually bugs, with the kitchen being overrun with reddish-brown waves of cockroaches every night. The wallpaper hangs loosely from the walls, which provides hidden avenues through which mice scurry about, away from the lurking, yet partially lame, cat. The stove is ancient; sometimes Matryona sleeps on it. Solzhenitsyn also calls attention to the various outbuildings attached to the cottage, Matryona’s lone goat, two Soviet propaganda posters (one advertising books, the other the harvest), and her tarnished mirror, in which it is nearly impossible to see oneself. Despite the availability of more comfortable abodes in the village, Ignatich feels fated that he will settle with this old widow. Quickly enough, he tells us, “I got used to everything in Matryona’s house.”

Matryona herself is a tragic old bird, ancient and enigmatic. She’s so superstitious in her Christian beliefs that Ignatich suspects she’s a closet pagan. He also notes her “dazzling smile” – a beauty about her that only he can see, apparently. It’s something he tries to capture on camera and fails. Abused by the Soviet system, by two World Wars, by ungrateful relatives, and by unforgiving weather, Matryona is considered by the entire village to be a bit touched in the head for remaining so optimistic and caring towards the needs of others. She’s a gentle creature who has every right to be bitter or feel sorry for herself for being a lightning rod for misfortune – yet nothing seems to keep her down for long.

The rundown on poor Matryona’s life gets pretty low: Before the First World War, she fell in love with Ilya. Ilya never came back from the war. She married Ilya’s younger brother, Efim. Ilya finally did come back, and was so angry that he married a girl from another village simply because she was also named Matryona. Efim turned out to be a lout and a philanderer. He gave Matryona six children, all of whom died in infancy. The Second World War took Efim, and he never came back. By the time the story begins, the Soviet system is forcing Matryona to live in poverty because they cannot file the paperwork for her deceased husband’s pension. Why? Incompetence and apathy, of course.

Meanwhile, Matryona is reduced to stealing peat from distant bogs (which are owned by the Soviet authorities) in order to survive winter:

You could get six slabs of peat into a sack if it was damp, or ten slabs it if was dry. A sackful, carried three or four kilometers (it weighed sixty pounds), was enough to fire the stove for one day. Winter lasts two hundred days, and you have to stoke two stoves every day – the Russian stove in the daytime and the tiled stove at night.

“There’s no two ways about it,” Matryona said, losing her temper with some invisible “them.” “Since there’s been no more horses, if you want stuff in the house you’ve got to fetch it yourself. My back never stops aching. If I’m not pulling a sledge in winter, I’m humping baskets in summer. It’s true, you know.”

Yet this woman, who has often travelled ten kilometers in one direction and twenty in the other in failed attempts to get her pension, never fails to volunteer her labor whenever it is needed. This is the core element of her character, the “infallible means of restoring her good spirits: work.” Somehow, there’s an innocent lust for life in all this. See if you can detect it in the following rambling monologue by Matryona:

“Well,” Matryona explained as she stood in the kitchen doorway in her dirty apron and turned towards my table, “the goat gives enough milk for me. If I had a cow, she would eat me out of house and home. No good cutting hay beside the railway track – that belongs to other people; the Forestry owns the hay in the woods, and they won’t let me cut the hay on the collective farm because I’m not a member any longer. The people on the farm won’t give you the skin off their teeth. Ever tried looking for grass under the snow? There was a time when you could get all the hay you wanted on the verges, at hay harvest. Lovely hay, that was . . .”

“Lovely hay.” How many of us would expect to see those two words alongside each other in a sentence, these days? How could you not love a woman like this? Yet, the denizens of Tal’novo don’t, and instead deride her or take advantage of her whenever possible. Her sisters are never shy in asking her help with whatever grueling task they need performed. The villagers disparage her for not keeping a pig, because she doesn’t have the heart to fatten an animal for slaughter. Whenever the local collective farm needs extra workers, they call on Matryona, and they do so imperiously – as if this old woman owed them her labor. She has to supply her own pitchfork as well. As always, Matryona complies without complaint and without asking for anything in return.

“What else can I do, Ignatich? Of course, I’m bound to help them – what sort of a harvest will they have if the muck doesn’t get spread? Only, the way that place is run, it’s a wonder they ever get any work done; the women stand around, leaning on their shovels just waiting till the factory whistle blows at twelve. And they waste time arguing about the hours they’ve worked, who’s on and who’s off. Now to my way of thinking, when you work, you work – no gossiping, but get on with the job, and before you know where you are, it’s suppertime.”

Because “Matryona’s House” is a story, and not merely a portrait of an indefatigable widow, something happens. Specifically, something happens to Matryona. Since I don’t want to spoil this beautiful short story for anyone who hasn’t read it, I won’t say what happens. However, I will say that it isn’t good, and results from the greed and carelessness of her own family and the criminal negligence of the Soviet authorities. Compounding this is the selfishness and short-sightedness of almost everyone in the village. It almost goes without saying that the story’s great consequential event could have been prevented had Matryona herself not acted so selflessly. When Ignatich wondered if the “very heartland of Russia” ever even existed, I believe this is what he was referring to. How can there be a heartland when its residents constrict its very heart? Solzhenitsyn makes us wait until this story’s devastating end – indeed, its very last sentence – to ponder such a question.

In my mind, this is what Matryona symbolizes for Solzhenitsyn: the heart and soul of his beloved Russia. But for love to be ethnocentric, it must also encapsulate not just the best in a people, but also the worst. It must consider not just what a people should aspire to be, but also how they fail to meet such aspirations in reality. By holding up Matryona as the ideal of the Russian people, Solzhenitsyn is also holding up a mirror to Russia, saying, “This is what we are – see how we far we fall short of what we could be?”

In “Matryona’s House,” the one person who is despised and ridiculed is actually the person keeping the light of her people alive. Without people like her, there would be no people. Does this sound familiar? I ask again, as Dissident Rightists of the early twenty-first century, does this sound familiar? It should. Solzhenitsyn’s ethnocentrism reverberates well past his beloved Russia, since those who choose to keep the heart and soul of white people in the West alive these days face the same scorn, and act with the same selflessness as Matryona. We face the same dangers as well. And we do it for an ideal, something greater than ourselves.

Yes, white people rarely live up to the ideal we have for them. We as dissidents do not always live up to that ideal, either. Thankfully, however, we have the wonderful character of Matryona to inspire us. Perhaps if we look carefully enough and strive hard enough, we can see a little of ourselves in her as well.