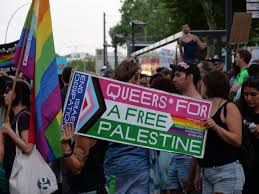 What if the Right started its own boycott movement?

The Left has more than its fair share. Mainstream liberal groups have launched boycotts of FOX News and various other conservative institutions. There’s the Boycott, Divestment, and Sanctions (BDS) movement, which aims to strip Israel of international support. BDS is far more controversial than other Left-wing efforts and has been met with state suppression. However, it is gaining in popularity, and will likely have some success in the future.

The Left has achieved some results with its efforts. The boycott against Breitbart’s advertisers resulted in the conservative website losing nearly ninety percent [2] of its ads. Why doesn’t the Right follow their example? What if there were identitarians out on the streets demanding that universities and corporations cut ties to far-Left groups? What if online pressure campaigns were brought to bear on institutions that support mass immigration? Would this Right-wing BDS work?

The short answer is no.

Left-wing boycotts work because they appeal to the elite consensus. “Breitbart is a White Nationalist hate rag – no one should advertise on it!” “Giving money to Trump supports hate – harass his donors!” “Israel is an apartheid state that oppresses poor brown people – don’t do business with companies from this racist country!”

These statements all appeal to liberals’ conscience. They have the power to gain a fair hearing in powerful sectors of society and can convince squeamish corporations to yield. All liberals believe racism is bad and social justice is good. Millions of Americans share this belief. If a non-white activist out of central casting tells your average liberal that their money supports hate, they will recoil and submit.

Identitarians would not have these advantages. A growing number of Americans do sympathize with our beliefs, but many of them are afraid to express them in public. More importantly, those in power despise what we stand for. If we started a boycott campaign against Airbnb (a terrible company that denies service to Right-wingers and supports every Left-wing cause imaginable), Airbnb would likely advertise that they are being boycotted by racists. “Help win the fight against racism by renting our rooms.” That boycott effort would draw the support of maybe a couple hundred people at most. Airbnb would not mind losing the service of a few racists, especially since the hotel alternative has booted several Right-wingers from its platform. The public would probably mock the effort and maybe even dox a few participants. No real pressure would be exerted on Airbnb to change its ways.

That hypothetical shows some of the problems an identitarian boycott movement would face. It would draw in a small number of participants, many companies would welcome it, and there would be no sympathy from the media or the public. It would be rendered ineffective as soon as it began.

Right-wingers have more of a negative effect on a company when we endorse products. Andrew Anglin could create week-long news cycles by simply declaring that a particular shoe brand was the official line of the Alt Right. The company would suffer a backlash and have to issue statements that it is not in fact the official shoe of “neo-Nazis.” It should tell you something that companies worry more about endorsements than boycotts from Right-wingers.

This isn’t just a problem with the Dissident Right. American conservatives have been remarkably ineffective at boycotts as well. The Trump era has brought numerous opportunities for normie conservatives to fight back against corporate Leftism. Companies have denounced the president at every turn. Multinational corporations tout their woke capital bona fides at every possible moment. And a few businesses have essentially told Trump supporters to screw off.

For all this intolerable virtue-signaling, conservative boycotts have been massive jokes. Conservatives burned their Nike gear and vowed to never buy Nike apparel again after the corporation announced its partnership with black activist Colin Kaepernick last year. Not only were these folks mocked on social media, but Nike’s sales went up [3] following the conservative backlash. The company has only gotten more woke since then. It recently scrapped Betsy Ross-flag themed shoes to appease Kaepernick.

Conservatives also hopelessly destroyed their Keurig coffee machines after the company pulled some advertising from FOX News. Despite Sean Hannity – arguably the most popular conservative commentator in America – urging on the backlash, Keurig was able to defuse the situation with one vague statement [4]. The company suffered no real damage.

The only victory for conservatives on this field recently was the cancellation of the theatrical release [5] of the film The Hunt. But this supposed victory was more of a self-own than a win. The film featured Middle American protagonists being hunted down by liberal elites. The white yokels are the good guys, while the elites are the bad guys. Trump supporters could not understand the obvious populist message therein, and claimed the film encouraged political violence against deplorables. Universal pulled the film – an admission that the intended audience didn’t get the message.

Éordred argued in a Counter-Currents article [6] last month that an identitarian BDS movement would inspire normie conservatives not to buy pozzed products. This boycott movement would drive megacorporation to become even more woke. This would alienate average Westerners and possibly lead to change. However, many of these corporations already have pozzed advertising, complete with mixed-race gay couples and transgender boys shaving. Still, normies shrug and buy their products anyway.

Éordred also said it would be smart for identitarians to target invasive small businesses, such as halal shops, for boycotts. I can’t speak about how that would work in Europe, but this would backfire tremendously in America. Journalists and liberals would rush to defend any shop boycotted by evil racists, thus actually boosting their business. If they were ever close to shuttering, you could expect a massive GoFundMe campaign to keep them afloat.

The Middle Americans who have burned Nike shoes and bashed in Keurig machines would be the intended audience for an identitarian BDS movement. But sadly, corporations don’t respect their protests, and will only double-down on Leftism if the deplorables vow to boycott. Most conservatives don’t care about a company’s politics and are less motivated to engage in political activism. The wider society does not celebrate their efforts, and they will receive no status boost from participating in such a boycott. Liberal boycotters, on the other hand, are celebrated as virtuous people who carry on the legacy of the Civil Rights movement, and have great social incentives to engage in these activities. Conservatives, even among their own peer groups, don’t receive that from activism. They just want to grill hot dogs from the Big Gay Corporation in peace.

There are other problems with an identitarian BDS. If we wanted to target those involved in mass immigration, we would effectively have to call for a boycott of the entire system. Nearly every corporation has a hand in our horrible immigration policies. On top of this, most Christian charities are involved in refugee resettlement. Universities, Hollywood, and pop music promote mass immigration. This boycott would result in us having to boycott everything, which would please the elites. You can already see the HuffPost articles mocking racists for not buying anti-white toothpaste.

Left-wing boycott movements are much more focused. BDS hones in on institutions and companies that work with Israel. Sleeping Giants targets Breitbart. Media Matters targets conservative media in general, with a special emphasis on FOX News. With a narrow list of targets, it’s easier to focus and have their message heard. Not every financial investment company advertises on FOX. Boycotters have a stronger case that they will take their business elsewhere when there are plenty of non-FOX affiliated companies. People can go on without My Pillow and other steadfast FOX supporters. Identitarians would only isolate themselves and appear as cranks by attempting a mass boycott of major corporations.

That’s not to say activists shouldn’t stage demonstrations against some of the worst offenders. Generation Identity and others have proved that protests with great optics can spread our message far and wide. Staging protests outside of the corporate headquarters of companies that encourage mass immigration is a smart way to stand up for our cause.

But that doesn’t mean we should go further with a BDS-style movement. It will attract virtually no wider support, it will not hurt these companies, and many corporations will in fact welcome it, since it will make us look like cranks and will not stop mass immigration. We have limited resources and manpower. We also are the system’s most hated enemies. We are restricted in what we can do.

Our most important goal is to present our message to the public and win over those who are sympathetic to our arguments. The institutions we have now – such as Counter-Currents, American Renaissance, the American Identity Movement, and so on – already do this. All of these institutions could do more if they had more resources and funding. We don’t need some grand new idea. We need to support and grow what we already have.

More and more white people wake up every day. Those whites who see the truth simply need to know that others are out there – and they’re not crazy. They’re just like everyday white people.

To save our civilization, we need to either gain control or influence the system. A boycott movement will not accomplish that goal, and will squander our meager resources on things we can’t accomplish. There will be a time when we embark on such an endeavor, but that time is not now.