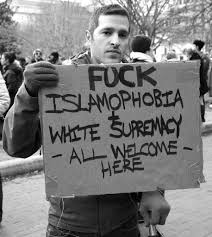 Greg Johnson: So are there more questions on your list?

JM: A random white person doesn’t care about me in any meaningful way. At the same time, how would I deal with someone who’s a minority, and we’ve been friends for a long time? I understand all these ideals, but I have this minority friend. So the question for the everyday person, in daily life. Do you understand what I’m saying with that?

GJ: There’s a very simple answer to this question, and it’s actually quite widely applicable to these issues: to recognize that traits are distributed on bell curves. That means there are going to be outliers, exceptions in every group. So it’s going to be possible, indeed inevitable, that you will meet members of other racial groups who are outliers, and who are therefore highly compatible with you.

The first person I ever knew who was an advocate of eugenics was a white guy that I met years ago. He probably had an IQ in the 90s and was a total sports fanatic. He believed it would be best if he married a black woman so he could sire a brood of superior basketball players.

GJ: I was just appalled at that. But that was the first eugenicist I ever met in real life! Here’s a below-average IQ white guy, and that means there are going to be a lot of people in the black community that will be at the same level as him. They have the same interests in sports and the like. So he found that he had a lot in common with blacks, because he was an outlier in the white population, and overlapped with a significant portion of the black population.

There are very bright blacks. I’ve had a couple of black students when I was teaching in the past, who were really very bright people. They saw right through my bullshit. They were probably smarter than me. So that’s just a reality.

But we have to recognize that social trends are founded upon not the outliers and the exceptions, but the vast bulk of people in that huge bulge of the middle of the bell curve. So it might be possible for exceptional blacks and normal whites to get on well together and work together. It’s totally possible.

But when you are making policies, you look at the averages. And when you put the white average and the black average side by side, there’s a huge difference. The bell curves just don’t line up, and not just in terms of intelligence, which has huge implications for all areas of life, from the number of traffic accidents you get into to the number of unplanned pregnancies to the number of crimes you commit. Intelligence is not the only factor, but it’s so powerfully predictive of social outcomes it might as well be the only factor.

GJ: Richard Lynn has pointed this out. He recognizes that there’s more to being a human being than your IQ score. But in terms of predicting social outcomes, it’s as if you could pretty much neglect all these other things.

We also could measure differences in personality that are not connected to intelligence, like levels of sociopathy or empathy, impulsiveness, attitudes toward time and responsibility, etc. Those bell curves don’t match up with the different races, either. So there’s bound to be conflict when you put these groups together, because the averages, which are the great number of people in society, do not coincide, even though the outliers might coincide.

JM: There’s something we see when we radically change immigration policy. All of these negatives come out of it. I would call it catastrophic. And this is happening. Even though there might be white and Muslim neighbors who get along fine and have dinner with each other and are great friends — that’s wonderful. But on a larger scale this is causing a lot of problems, and the policy should be built around “What is happening most often?” The average here is that most often this is not working. So if we separate, it might really stink that those outlier relationships won’t happen anymore, but in terms of a healthy society and a healthy culture, the policy might have to go against somebody’s personal liking, I guess you could say.

GJ: The common good has to trump individual interests where they conflict. That’s what I believe. And to try to turn everything into sentimental tales about your lovely friendship with this exceptional black person, that’s just rubbish. That’s sentimental claptrap to obscure reality and choke off sensible policies with a veil of tears and sob stories. We just have to plug our ears to these sob stories, like Romeo and Juliet. Frankly, the parents were right! When your two families hate each other and have a long history of murdering each other, it’s not a good match. It won’t work well. There’s no happy ending there. And yet we seem to think that “because Shakespeare” we’ve got to dismantle all the miscegenation laws. That’s sentimental folly. And we have to be stronger and say “No!”

The principle that the common good trumps individual interests should be honored and upheld. Not sneakily imposed whenever we have to. Which is what happens in liberal societies. Liberal societies are constantly imposing costs on people for liberalism. Yet at the same time, when they trot out their moral principles it’s all individualism, this exceptional person here, how dare you get in the way of this doctor from Guatemala who just wants to be part of the American dream, etc.

I’ve got a whole file of “Things that never happened” stories. Leftists love to come up with these stories. I’ll bet they’re all made up. There’s one story where a French workman comes to a Muslim family’s home. He looks at a picture on the wall of some bearded character. He probably thinks he is some sort of imam. He asks, “Who’s that?” And the Muslim woman of the house says, “That’s Victor Hugo!” And the whole point is to show that this Frenchman was undeserving of his cultural patrimony, and this Muslim had more right to be in France than he did because she appreciated Victor Hugo. Well, that’s rubbish. France is his birthright, which is not contingent on anything, and she is an alien, no matter what her identity papers say. I’m sure it never actually happened, but they love to spin these stories out.

JM: Yeah, they’ll show Jimmy Kimmel on the street asking “Who’s the vice president?” and have some drunken college girl who doesn’t know the answer. That doesn’t have anything to do with the larger point of us having a civilization.

GJ: They love these kinds of tales. There’s a term called NAXALT, which stands for “Not all Xs are like that.” It’s always trotted out whenever you try to make arguments about groups. It’s basically just a corrosive form of brick-stupid individualism, usually coated with lots of sugar. It’s supposed to paralyze thoughts about groups. I have an essay that I’m rather proud of called “In Defense of Prejudice.” It’s basically a defense of inductive generalizations, and also a critique of NAXALTing, meaning trying to make policy based on outliers rather than averages. NAXALTing is especially common with women for some reason. The idea that you can find an exception to any rule, which means we should just stop making generalizations and just sort of dissolve into tears and sentimentality and “Every sperm is sacred; every Mexican is different” kind of nonsense. It is basically put out there to paralyze rational thinking about policy.

JM: I can see that being a female trait.

GJ: We simply have to call bullshit on it whenever we hear it. We have to mercilessly mock it. It’s fine to just say, “Look, we know there are exceptions. But we’re making policies for the whole society, and we believe the common good trumps individual interests whenever they conflict. And that means you might have to give up your precious black friend.” And just watch the steam coming out of their ears, because you’ve stopped the bullshit in its tracks.

They’re not in a position to argue that the common good should trump individual interests when they conflict. Of course, they have a long list of occasions where they will trot that principle out, ad hoc, of course. It’s always done ad hoc by liberals, because they will never just affirm it as the central principle, because then so much of their bullshit would be on the chopping block.

JM: Going back to your Romeo and Juliet point, I think if that were to be written today, the ending would be that they live, fall in love, and their families grow closer together, get along swimmingly, happily ever after.

GJ: The Gounod opera actually adds a happy ending to it. It was done in the nineteenth century. I guess progress had sufficiently infected thinking, so they realized, “We need to write a happy ending to this.”