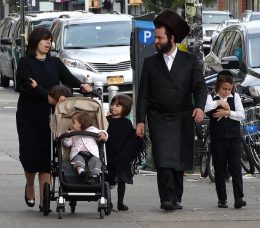 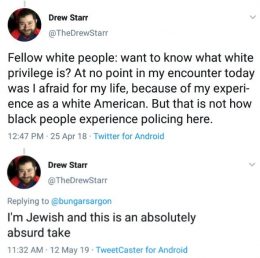 JM: Our laws were written in that way to say this is what we have, a white country, and European nation. It’s only recently, because of mass transportation, that we’ve had so many nonwhites moving in. It’s an unheard of idea to say we don’t like that.

Greg Johnson: But mass transportation also allows them to move out, so that’s a double-edged sword. And we’ll start wielding it to our advantage, eventually.

You don’t have to look too far back: From 1790 to 1965 we had immigration and naturalization laws that were committed to maintaining a white supermajority and a normative whiteness of America. That’s within the lifetime of many people who are alive today. It’s not so alien. And those institutions can be restored and perfected.

JM: The blueprints are there. It’s not a far-off idea. It’s within living memory, and people treat it like “Oh my God, what are you talking about? How dare you!” It really shouldn’t be a controversial conversation or opinion. And it’s treated like it’s the most evil thing.

GJ: Right. I remember years ago, Scott McConnell, one of the publishers at the American Conservative, who’s married to a Chinese woman, said “It’s not inconceivable that a majority nonwhite United States could be a high-functioning society,” and I wrote a letter to them, or posted it on their website, and I said, “There’s every reason to think that a majority nonwhite America will not work, because we have majority nonwhite cities in America that don’t work. We have Detroit or Camden, New Jersey.”

A lot of people will say, “We can conceive of a future that’s rosy and multicultural. But we can’t conceive of a homogeneous society.” Well, I’m sorry, but that’s just rubbish. Because right now we have multicultural dystopias, majority nonwhite dystopias and hellholes all over America and all over Europe. Malmö, Sweden, is now nearly half nonwhite. We’ve got Detroit, Camden, all these black cities in the US.

And we’ve got concrete evidence of ethnostates working all around the world. We’ve got Japan. Singapore is multiracial, but it’s normatively Chinese. And it was created as a way of getting the Chinese out of Malaysia. So those are great examples. We have Poland. Poland is a de facto white ethnostate. There are a number of countries in Europe today that are still overwhelmingly homogeneous and highly functional. I feel more at home in Poland than I do in large swaths of the United States.

JM: Really? That would be interesting, because those places you’re talking about, even in America — Detroit, Charlotte, east LA, places like that — they’re often talked about as being Third World places inside America. We’ve seen that problem for a long time now. That’s kind of what led me to thinking of these questions. I’ve spoken to people who’ve seen this very same problem, and then they’ll debate me or even get angry with me when I say, “Yeah, but there seems to be a very clear difference between that and the suburbs of Detroit, let’s say, that function very well.” It’s kind of baffling at how hard that is to discuss.

JM: Even the hardest, far-Left liberals live in places that are 95% white. Why is that? It’s a natural thing for you to do. I wouldn’t expect anything else.

GJ: Yeah, it’s mighty white of them. I don’t blame them for that. The only thing I blame them for is their hypocrisy. I’m glad in a way, though, that they’re hypocrites, because it would be worse if they practiced what they preached. Hypocrisy is vice’s tribute to virtue, as La Rochefoucauld said.

We need to get these people in touch with their real feelings. One of the best things Kevin MacDonald ever wrote was a paper called “Psychology and White Ethnocentrism,” [1] [5] which surveys research about implicit bias, implicit racism, and shows that there’s a lot to it. It makes sense in terms of the way the brain is wired. We are hardwired to be ethnocentric, and our cultural norms sit on top of a deeper brain that’s hardwired to be ethnocentric. And when we talk about what we believe, oftentimes we will say things like, “There’s one race, the human race,” but in terms of peoples’ actual feelings, and when they act on their sincere feelings, you see ethnocentric behavior.

One implication of MacDonald’s research is that liberal multiculturalist types are not as happy as racially conscious people, because they are living in constant conflict with their deeper ethnocentric feelings. Whereas ethnocentric whites are fine with those feelings and accept them. Therefore, they aren’t fighting against themselves. And if you’re not fighting against yourself, you have a healthier psyche. You have more energy, a more positive outlook on life.

JM: Yeah, I believe that. What I notice about the harder Left is they have that tabula rasa viewpoint that it’s all engrained, education, propaganda, whatever we have been taught since being toddlers. And the conservative says, “No, it’s a bit of nature; it’s a bit of nurture, environment, and so forth,” and that was a relieving moment for me when I realized this isn’t something to feel bad about. This is just a thing that I notice. I feel it. It doesn’t change who I am. But I can now be open about this being the reality that I live in. I see it around me. I feel it within myself. And it’s freeing to come to that realization. I remember that moment. It was relieving.

GJ: I think it was Sam Francis in the early 2000s who made the point that multicultural attitudes about race and ethnocentrism are analogous to Victorian attitudes about sex, assuming that the picture we have of the Victorians is correct, namely that they were very uptight, prudish, sexual hypocrites. Leftists criticize the Victorians saying: “You’re making yourself neurotic; you’re too uptight; you need to loosen up; you need to get in touch with your feelings, enjoy life, etc.” So it is quite amusing to see Leftists engaged in the same kind of Victorian pearl-clutching, signaling, and hypocrisy when people talk about race. It really sets them up for a lot of mockery. Victorianism was eventually laughed out of existence.

JM: Yeah, that is an interesting analogy.

GJ: It points to a way of fighting this. Victorianism was mocked and parodied until people retreated from it. Its defenders retreated or went silent. It would be interesting to study the campaign against Victorian sexual mores to see if we can adopt some of its techniques for mocking and rolling back false consciousness and rank moralistic hypocrisy about race and multiculturalism. Our innate ethnocentrism is being suppressed just as much as our sex drives were being suppressed (supposedly).

JM: And it’s just one of those natural feelings that you’re going to have, and you’re going to work against it as much as you can, but I imagine it came out in some really odd ways, if everything is to be believed.

GJ: Yeah. Jack the Ripper. People say, “Jack the Ripper is just what you’d expect in a society that prudish!” But the fact he was killing prostitutes means that there were prostitutes. So it wasn’t that prudish when you get right down to it, but never mind. I think it would be an interesting project — you Counter-Currents writers out there, start taking notes! — look at the people in the Bloomsbury set who were combatting Victorian norms. One of the things they did was write scathing little portraits of eminent Victorian hypocrites and prudes. I think that we should start doing that ourselves, creating vivid portraits of our ghastly hypocritical elite. The Tim Wises of the world.

JM: And there are plenty of them.

GJ: A guy in my Facebook feed is constantly coming up with tweets from Jews where on the one hand they’re talking about “My fellow white people, we need to repent for our racism” and then in another tweet, “As a Jew, I am a strong supporter of Israel.” At a certain point “fellow white person” is going to become a meme for dissembling Jew.

JM: I’ve seen that a lot myself, and I wonder if that’s something that’s done on purpose or if that’s really some sort of self-deceit. On one hand it’s so blatant and on the other it’s just tricky.

GJ: Right. I want to write an essay, or do a photo essay where I just collect all these tweets and call it something like “fellow white people,” just to document this Jewish meme. Because I do think it is a very conscious thing. It’s the “Dress British and think Yiddish” kind of dual ethics that they inculcate into themselves.

JM: Well, it could definitely become a meme. The new Fellow White People. 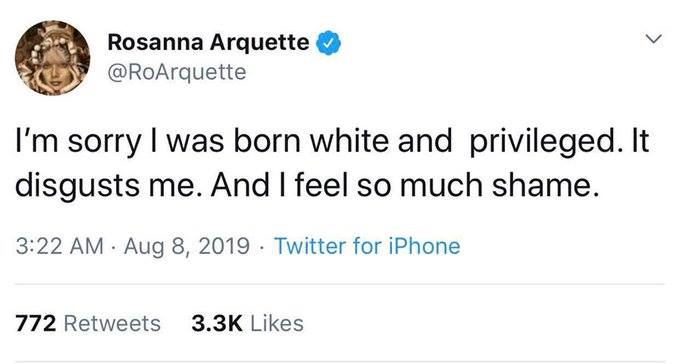 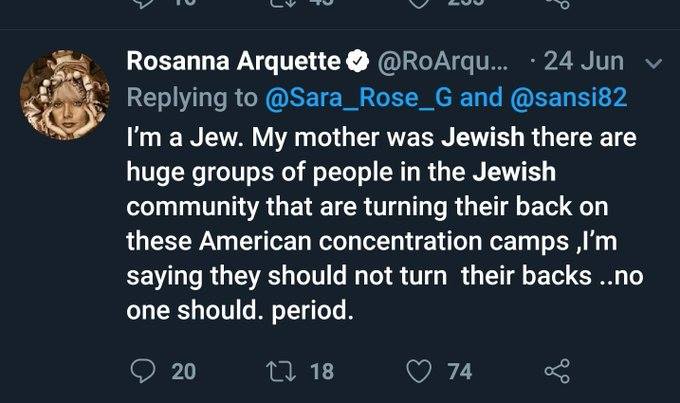 GJ: We could definitely mock that quite effectively. This guy has been putting together a really good dossier of tweets documenting this. Some of them are just howlingly funny, too. I think mocking the hypocritical Victorian-style repression of our natural ethnocentrism is a really good route forward in breaking the whole of this false consciousness for our people.

JM: I totally agree. I’ve looked at social identity theory. It’s not a controversial theory. And it’s usually talked about in different ways. So for instance, a punk kid — a kid who listens to punk music and has torn-up jeans — is going to gravitate toward other punk kids. But this also pertains to race. We see it in classrooms, cafeterias, jails, housing developments, and really every way that it could possibly be borne out where they don’t force diversity into a workplace, for instance. Yet we see that the people in those situations, especially the white people, are often talking about how tolerant they are, and how evil it is that the money they make is built on the backs of slavery, all those tropes. They are doing the same thing they criticize everybody else for. It is better to have the hypocrisy than it is to have them moving in and trying to solve it.