The Original Optics Cucks, Part 1:
In Defense of Vanity 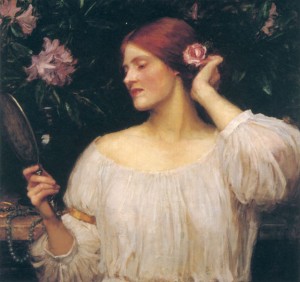 This conversation took place in the spring of 2015. We would like to thank KC for making this transcript.

Greg Johnson: I’m Greg Johnson. Welcome to Counter-Currents Radio. I’m going to have another conversation today with Canadian filmmaker Hugh MacDonald. This is actually based on a conversation we had quite spontaneously in London earlier this month. We walked around Hyde Park one afternoon, and the topics of vanity, pretentiousness, and snobbery came up, and he had a really challenging take on these things, and it really got me thinking about these topics as well. So anyway, Hugh, welcome to the show, and let’s just have a conversation.

Hugh MacDonald: Awesome, thank you. We are thinking about vanity, and the words came to my mind that vanity is a virtue. You know, we think of it as something that should be looked down upon as a hated quality, but I think vanity can be a virtue. I really think a lot about Jack Donovan’s concept of honor and honor being caring what other people think of you.

GJ: Right, and yet vanity is traditionally regarded as a vice, and a lot of people regard it as a vice. So, I guess really we need to unravel the senses in which vanity is a good thing and in which vanity is a bad thing, because I’m sure we can all think of bad examples of vanity, if we put our minds to it. So, what’s the difference between good vanity and bad vanity? What’s your concept of good vanity? Can you just sort of summarize it in a nutshell?

HM: Well, first, let me deal with bad vanity, because I think it would help us define it better. If I think you were to look up a definition of vanity, it would say something like caring too much about how you look or how you are presented. And I think anything that is too much, by definition, is bad. So, if you define vanity in that way, it makes it difficult to turn it into a good thing. Caring too much about how you are presented.

HM: So, calling it excessive. I guess it’s a kind of checkmate if they say excessive. But I guess the question is, what is excessive? If a girl is constantly posting pictures of herself, of her makeup, on Instagram, or a guy who is a bodybuilder is also posting pictures of himself and flexing his muscles, people will say, “They’re so vain. They’re always so concerned with how they look.” But I think that it’s not necessarily such a bad thing, the practice of doing those things, because they’re both art forms. It’s art in two ways. It’s art in the sense that putting on the makeup in the first place is an art form, in and of itself, and then taking the picture of yourself is another layer on top of that, and arguably, even, perhaps, it’s not as in depth an art form, but the face you make is almost like acting — like kabuki, Japanese theater.

GJ: I am the most unphotogenic person in the world, and I know there is an art to being photographed, and I just don’t know it. I don’t know how to do it. I always have these horrible expressions, or the wrong posture, or whatever. So, yeah, there is something that people who are photogenic do, over and above looking good, so that they actually take good pictures. I know plenty of photogenic people, and I know unphotogenic people, and if you take objective measurements of their looks, they might actually be fairly similar, but one person is really hated by the camera, and the camera loves the other. So, they’re doing something. There’s some difference there. There’s some factor there.

Other definitions of vanity are lack of real value, hollowness, worthlessness, and something worthless, trivial, or pointless. So yeah, it’s really being freighted with intrinsically negative aspects. But, let’s just try and focus on what’s positive in vanity: a person trying to make himself or herself beautiful. There’s nothing wrong with that as far as I can tell. There’s nothing wrong with the attempt to beautify the self to whatever extent that’s possible. And if somebody is born beautiful, he can still do things to present himself well or badly. If some people are born ill-favored, they can still do something to make themselves look good or not. They can dress well. They can carry themselves well and so forth. I think that is not objectionable in the least, and we’re just talking about appearances. I think it’s good to try and be as beautiful, as attractive, as dignified in appearance as possible. Would you agree with that?

HM: Yeah, I might even go so far as to say it’s our responsibility to do our best to look as presentable, to look as good as possible, especially from a collectivist, nationalist perspective. I think a lot about it when I visit Europe, and I see people in the subway, and they’re so well-dressed compared to Americans and North Americans. I am in Canada. And I think about why is it that Europeans dress so well as compared to Americans? And I think part of it is because this idea of responsibility of presenting yourself well comes from a collectivist perspective. You’re not just representing yourself as an individual, you’re representing your people. So, there’s that weight, there’s that responsibility on your shoulders. I think about why the Europeans dress better. I think it’s partly because you have all these European countries that are very small and so close to each other, and it’s so easy to travel across borders. If you see a German sitting on a bus, and he’s poorly dressed, you look at him and you think, “Oh, Germans, they don’t dress very well.” Or if you’re visiting someone else’s country, and you see the way they dress, you can say, “Oh, those Italians, they don’t dress very well.” And, so it inspires this competitiveness, the competitive feeling between countries, that they need to present yourself well. It’s a feeling of national pride.

GJ: Right, it forces you to up your game a bit. Yeah, I think there’s some truth to that, and I think that if we are a nationalist movement and we want to promote nationalist values, especially since we are so marginalized in other ways, that we should be attentive to how well we present ourselves so not only do we have the best arguments, but we put out the best books and the best videos and we look really cool and we are just a formidable group of people that should be taken seriously. I think that’s something that we should all aspire to.

HM: Yes. I live in Toronto, the motto of which is “diversity our strength.” It’s often referred to as the most multicultural city in the world. It’s not the most ethnically diverse, but that’s just a piece of propaganda that said Toronto is the most multicultural city in the world. I am constantly surrounded by people from every other part of the world, and when I see a white person who is poorly dressed, a fellow European, I think, “What are you doing? You’re making us look bad.”

GJ: You’re letting down the team.

HM: You’re letting down the team. It’s not so unacceptable if you live in some completely homogeneous all-white area, because you’re not a representative of your group. People just look at you as an individual. I think that’s part of the reason why people in small towns, they don’t dress as well, because they don’t have to. They’re all just individuals there. Whereas when you thrust people into a multicultural environment, we all become representatives of our group. And so in that sense, it’s your responsibility to present yourself well, because it’s not just yourself you’re representing, it’s all of us.

GJ: Yeah, that’s a good idea. I like that. So, the good sense of vanity I think that we can come up with here is the idea that vanity is praiseworthy because it is praiseworthy to try and present yourself as well as possible. You should try and look as good as possible. Beauty is a value. Beauty is an objective value in the world, and there are things you can do to make yourself more or less beautiful, just as an individual. And yes, there’s also this collective dimension to it. We’re representing our group, and within our movement we’re representing certain ideas, not just our group, and we should aspire to look good. We should aspire to present ourselves well. And there’s nothing wrong with that. I think that’s actually good.

So why, then, does vanity have negative traits? Well, one of the ways I think that vanity has a negative connotation is it’s not really talking about vanity so much as the failure of vanity, the failure to actually make oneself look good. For instance, think of an example of a woman who has put on a lot of makeup and looks grotesque. She looks like she’s painted up for kabuki or something like that. There’s a line around her face where the skin tone changes because she’s painted her face one color and doesn’t blend naturally with the rest of her skin, or she’s garish, and people say, “Ugh vanity! Vanity, thy name be woman!” But what’s really being objected to there is not actually her ambition to beautify herself. It’s the failure of that ambition. She’s failed to beautify herself. And I would go even so far to say that at the core of the horror is that we realize that she can’t really be objective about her appearance. She’s deluded about her appearance. She thinks that looks good, and so there’s a sense of falsehood about it. There’s a sense of falsehood, and there’s a sense of failure, and those are things that I think are built into the negative connotations of vanity. And that’s why some of these definitions include that sense: the lack of real value, hollowness, worthlessness, being trivial or pointless, as in it was a vain effort.

HM: Or like to take the Lord’s name in vain.

GJ: Right, right. The lack of value, the hollowness, the worthlessness aspect of it, I think, is captured when you look at somebody who has failed to beautify herself, and actually looks grotesque, and you wonder, “How could she not know this? How could she be so deluded?” And so I would say that vanity is not a bad thing if it actually results in the objective beautification of the self, and that the objectionable sense of vanity is simply a failure of real vanity. Does that make sense?

HM: Yeah, and so would that appropriately be referred to as pretentiousness?