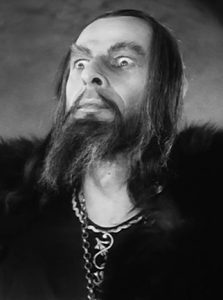 I like to fall asleep in front of the TV, and I’ve established a ritual for it. After a hard day of writing inspirational articles for Counter-Currents (under various pennames), I mix myself a drink that consists of vodka, soda water, lots of lime juice, and lots of ice. I thought I had invented this carb-less drink until, to my embarrassment, I discovered it already had a name: “The Skinny Bitch.” Apparently, it is also enjoyed by rail-thin rich bitches sitting poolside at the country club (like that mother on Arrested Development). Having mixed the Skinny Bitch, I then recline on the couch and begin my late-night viewing. This usually starts with some YouTube videos: segments of Tucker Carlson’s show, something by PJW (when he posts a new video), Jackson Crawford, an old Dick Cavett interview, and so on.

But when the hour gets very late and the drink has been consumed, it is time to switch to some kind of viewing that will really knock me out. Some program that will be reliably sleep-inducing. Over the years, I have discovered a number of films and television shows with powerful dormitive properties. The majority of these, oddly enough, are actually good (a few, as we shall see, are also quite bad). At a different time of day, I could enjoy most of them, and even find them engrossing. Late at night, however, their slow pace will usually work like magic to send me off to dreamland.

However, it is not just their slow pace that my soporific films have in common. Usually, there is something about each of them that I find vaguely comforting. Sometimes they hark back to an earlier, happier era. Sometimes they remind me of my childhood, when I was blissfully ignorant of all the world’s horrors. In any case, falling asleep to them feels like slipping into another, better world for just a little while. It is these two qualities – slow pace, and something vaguely “comforting” (which is purely subjective) – that are the principal criteria by which I choose sleep-inducing films.

If you intend to follow my example, I advise you against films that start off slow, but then build to dramatic and or even shocking scenes. Simply put, these will wake you up. And depending on what you wake up to, you might even stay awake (or be permanently scarred). The Shining starts off slowly enough, but imagine suddenly waking up in the middle of that scene with the woman in the bathtub. To take another Kubrick example, Eyes Wide Shut is ungodly slow. But you don’t want to wake up during that weird orgy scene. (We’ll hear more from Kubrick below.)

Without further ado, here is a list (in no particular order) of the films that have worked best over the years to knock me out cold:

There you have it. If you’re having trouble sleeping, I hope I have helped. Feel to share with me your favorite soporific films in the comments section, if you have any.