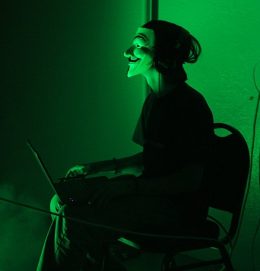 When people talk about censorship on Twitter, it is often naïvely assumed that this must mean straightforward banning of users, or clumsy deletion of individual tweets. In fact, individual tweets are very rarely deleted, except in tandem with sanctioning the user responsible (usually with a lifelong ban, or a precursor to it). As for the banning of users, that is certainly widespread and occurs literally daily at this point.

But most censorship that occurs on Twitter is much subtler than straightforward bans or deletions.

With an entity as complex as a twenty-first century global social networking website, there are countless ways for censorship to be implemented. Furthermore, this implementation is often difficult or impossible to confirm, since we cannot examine the labyrinthine program code which is the life-blood of the platform. However, while we cannot prove it, we can observe its effects.

What follows is a (hardly exhaustive) list of censorship techniques that have been witnessed on Twitter. Examples and evidence will be linked where possible. Some of these techniques might seem petty, strange, short-sighted, vindictive, malicious, or shameless. They are.

Given the nature of huge corporations as well as highly complex programming, Twitter’s workings are opaque to the public. We cannot know whether any of the techniques listed above are systematic, deliberate, accidental, or even illusory. However, what we can say is that they have all been witnessed, and most of them have been encountered many times by many different people.

And usually, these people happen to be on the right of the political spectrum. While injustice is no doubt occasionally meted out to Left-wing users of Twitter as well, it is surely significant that the smug phrase “just build your own platform!” is addressed almost exclusively by Left-wingers towards Right-wingers. They know what we know: Their political stripe is in charge of the platform. We are dismayed by this; they are triumphalist about it.

We cannot see the mechanisms at work, but the patterns are glaringly self-evident. We cannot crunch the exact numbers, but the averages are felt every day.

The global public square that is Twitter is increasingly a place where no Left-wing opinion is too extreme, but a Right-wing opinion is something users can expect to be unceremoniously banned for voicing, especially if they do so in the presence of Left-wing adversaries, who, increasingly, understand that all they have to do in order to “win the debate” is report their opponent for “terms of service” violations.

Of course, many would argue about the merits of spending time debating on Twitter. Does anything come of it, or is it a silly waste of time? That question is naïve, however: Our opponents on the Left clearly benefit from using Twitter, and they clearly want us off the platform. This is not mere spite on their part; the Left understands how one thing leads to another and how everything counts, so they have reasons for wanting us “deplatformed.” The glee with which they celebrate news of our Twitter bannings should not be taken by us as misguided or childish. On the contrary, I think we should trust our enemy’s judgement. If they think it’s important that we be absent from the platform, then we should take the hint and consider it vital that we be present.

Furthermore, as the list of techniques above hopefully shows, it is not enough that we are merely “present” on Twitter. We must enjoy the same freedom of speech and freedom of action on the platform that everyone else enjoys. It is absurd and a blatant injustice that Twitter gets away with treating Right-wingers the way they do.