Decline of the West, Part 5 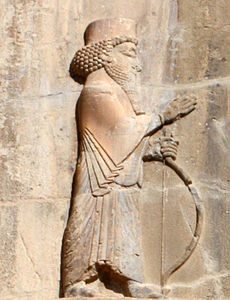 Darryl Cooper: I want to ask you a little bit about the United States specifically. Your most recent post on Counter-Currents was a remembrance of Francis Parker Yockey, who’s best-known for his first book Imperium, and as a title that implies he advocated a pan-European empire. There are thinkers on the Alt Right today, like Richard Spencer, who advocate some form of this. You two have done a little bit of battle on that question, and you favor a more particularized ethnic nationalism, and he hopes for a more utopian universalism from Vladivostok to San Francisco.

What is your position on that question, ethnic nationalism as opposed to a sort of universal white empire, rooted in? Do you worry that the uniqueness of French culture and German culture and so forth will be subsumed under this larger formation? Or are you really just saying that people are not ready for this, and they will fight you over it, and they’re not going to give that up? So forget about it.

Second, will the set of ideas collected around the Alt Right turn out to be a specifically American version of White Nationalism? It seems to me that white Americans and ethnic Europeans in Europe, nationalists in those places are facing different challenges.

The ethnic French nationalists are concerned with protecting and defending a French people and a French culture with deep historical roots and a cultural mythology that they want to protect from the corrosive effects of modernity or capitalism or immigration or what have you.

American White Nationalists seem to me to be engaged in a project of trying to awaken or build or rally a new national identity altogether. Because it’s true that America was a white country for a long time. But as I was just talking about, that white population was never really unified.

The northern English basically made war on the Scots-Irish in the South for a long time. Some people would say that that continues today. Irish and Italians and Southern Europeans were all at various points considered outsiders. And now that’s no longer the case. Everybody’s sort of intermarried and interbred, and there really is a sort of a white culture in America today, even though the Irish and Italians have their little cultural things that they do.

Yet the vast majority of white Americans do not consider themselves a unique people apart from the civic nationalism of the United States. So are American White Nationalists engaged in a very different program from the European nationalists? And, and is the Alt Right maybe coming together to address those specific challenges?

Greg Johnson: Those are related questions, obviously. I wrote a short piece called “Why ‘White’ Nationalism?” I’m both an ethnonationalist and a White Nationalist. I’m an ethnonationalist in the sense that I think that we need to preserve distinct ethnic identities, distinct nations like France and Estonia. That’s very important. [1]

But I don’t exclude the United States from that. In the United States we have created an American identity. It’s basically been created by mixing together people from various European stocks who weren’t all that different to begin with. But a lot of them had to give up their ethnicity, their roots, and so forth to become Americans. They were deracinated and homogenized into something new. And that new thing isn’t so terribly bad. I’m an American, and there’s nothing else I can be.

There’s a line in Brideshead Revisited where Julia says about her husband that she thought he was a whole man, but she realized that no, he’s only a small part of a man grown monstrously large. Now he was a Canadian, but in that respect they’re basically the same as Americans. Yes, there is something about Americans and Canadians and Australians and other basically European colonial societies that’s a little monstrous.

Why is that? These societies were founded by people who were willing to sever their ties with their homelands. We were founded by rootless people. We were also founded by quarrelsome people, religious fanatics. And those traits are partly genetic. So rootlessness and quarrelsomeness are bred into the American character.

We’re also, of course, very bourgeois. We don’t have an aristocracy here. We were founded by people who were coming to the New World to better themselves materially or to escape to a place where they could practice their own particular religious denomination. I guess those are two small parts of the human being grown monstrously large: the tendency to be religious nonconformists and materialists. The materialism is really triumphant. But even the religious nonconformism was highly materialistic, Calvinism and so forth. The religion has faded into a culture of moralism and posturing. But the bourgeois element is undimmed and enormously powerful. These are real problems.

And yet for all that, Americans have achieved great things. We certainly deserve to survive as a people. We deserve to have a future like the peoples of Europe. And I’m fighting for that future. I want Americans to have a future, and it’s going to be in a white homeland in North America.

Now to this business about white imperialism versus ethnonationalism. I was very alarmed when Richard Spencer started talking about a “homogeneous European man.” I’m sorry, but that basically means deracinating and blending out of existence all the different European peoples. And that’s something like what happened in the European colonial societies.

That’s what a white American is. A homogeneous European man. And indeed, Irish Americans and Italian Americans have St. Patrick’s Day and Columbus Day. But let’s be honest; let’s be real here. A lot of this is LARPing. A guy says he’s Irish American because he’s got an Irish surname. But I know people who claim to be Irish Americans, and they’re a quarter Irish and three quarters Italian. But they have an Irish surname. So they’re “Irish” American. I know Italian Americans who have an Italian surname, but they’re a quarter Italian and three quarters something else. So hyphenated-American ethnic identity is often just LARPing as something because you bear an ethnically identifiable surname, and that’s it.

And if you look at the people who go to Saint Patrick’s Day and to Octoberfest, they’re the same people. Also an “Irish” American has more in common with a “Polish” American or an “Anglo” American than he has with somebody who lives in Ireland today. In terms of language, in terms of food, even in terms of general culture, they feel at home in the company of one another, and they feel like foreigners if they’re in Ireland or Poland or England or whatever. That’s just the reality of the situation.

So to say, like Vox Day has said to me several times, there is no such thing as a generic white American. They’re Italian Americans and Irish Americans. I don’t think that’s true. There was a time when that was true, but that time has gone. That was then, this is now.

From the viewpoint of the European who is descended from people who didn’t up stakes and move to the New World because they wanted a better life, more stuff—from the viewpoint of a Frenchman or a Hungarian or anybody who’s rooted and stayed behind—an American is a monster of rootlessness and homogenization. They’re not going to allow that to happen in Europe. They don’t want to become homogeneous European men. They want to be French or Hungarian or Latvian. And they have got every reason and right to do so. So they’re going to veto this imperium idea.

DC: They will kill and die to prevent that.

GJ: They will kill and die to prevent it. So it’s never going to happen. When Richard Spencer talks about “the ethnostate,” he uses it in the singular, because he thinks of just one state. Well, the one ethnos for that single ethnostate has to be homogeneous European man. He doesn’t think of the Czech Republic as an ethnostate. That’s just Richard envisioning Russian tanks in the streets of Prague. He’ll deny that. But he who wills the end has to will the means.

The end of communism was horribly mismanaged by the Bush I administration. They said “We stand for stability,” the stability of multinational, multi-ethnic empires against nations yearning to be free of communist tyranny. What horrible fools Bush I and his people were. When the communist regime fell in Yugoslavia, or when it was falling apart in Russia, the United States should have stood for the liberty of all the different peoples in that vast prison house of nations that was the Soviet bloc. We should have stood up for the peaceful partition and secession of distinct ethnostates.

But instead of doing that, we suffered a decade of wars in the Balkans, so that they could end up with such states. We should have just gone straight there in a diplomatic way. That would have been the best thing.

Now what if they want to fight anyway? That’s when you need a Pan-European sensibility. Because we are all Europeans. That’s a racial sensibility, a sense of our common whiteness. So even in a Europe of proud little ethnostates, there’s room for a sense of overarching whiteness and Europeaness, and that’s real. So if tensions start rising between the Hungarians and the Romanians somewhere down the road, the other states in Europe need to step in and say, “We need to walk this back.”

There’s a concept from the ancient world. It’s called “the King’s Peace.” After two attempts to conquer mainland Greece, by Darius and Xerxes, the Persians gave up on that. Yet Artaxerxes II found a way of extending Persian influence into mainland Greece without actually ruling over it. He extended hegemony, soft power, by basically saying that if any Greek city-state attacked another, he would put the full weight of the Persian Empire on the side of the attacked party. It was not a perfect solution, but it did reduce fighting between the notoriously quarrelsome mainland Greek city-states for two decades. That was a great gift.

The ideology of the Persian Empire is that it created peace between warring peoples that could not create peace between themselves because they were too well-matched in battle, so one could never conquer the other. But they could be pacified by an overwhelming third force. The Persians fought for glory and wealth, of course. But Cyrus also legitimated his conquests by pacifying peoples weary of war but unable to conclude peace on their own by forcing them to get along. That’s why Cyrus was the first “prince of peace,” a title later transferred to Jesus.

The closest thing to a European imperium that would be both desirable and practical is a non-sovereign intergovernmental treaty organization, something like NATO, in which European nations ally together out of two common interests: to maintain peace among themselves and to maintain advantageous relations with other racial and civilizational blocs, like the Muslim world, Africa, Far East, etc. There needs to be some kind of coordination. So something like NATO, without the United States or Russia in it, an actual European NATO, would be the best solution. But it would be totally consistent with maintaining the distinct sovereign ethnostates that exist in Europe today.

[1] Greg Johnson, “Why ‘White’ Nationalism?,” in Toward a New Nationalism (San Francisco: Counter-Currents, 2019).