Decline of the West, Part 4 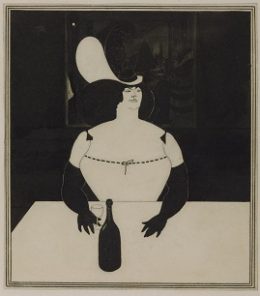 Darryl Cooper: I want to get into a few other questions. Doing my research for this interview, I didn’t read too deeply into your views on capitalism and liberal democracy, but I got the impression that you’re probably at least as critical of those things as I am, and I’m very critical of both of them. So, what role do they play in creating and sustaining the atomization of our societies relative to diversity and multiculturalism, or in your view, can these things really even be teased out from one another?

Greg Johnson: Yeah, there’s a lot there. Let me just tell you what I think is right, and then we can get to capitalism and liberal democracy. I am a kind of classical republican, meaning this: I think that the best kind of society was the one outlined, say, in Aristotle’s Politics where you have a large middle class or large number of people who have property and who are self-employed. So I believe in private property, widely distributed, as a condition of liberty. I think liberty is an important value. It’s not the most important value, but it is an important social value. And I think that private property widely distributed is one of the conditions of liberty.

I think that we need a mixed regime, à la Aristotle, where you’ve got a monarchical element, an aristocratic element, and a popular element, and those things all have roles to play. The monarchical figure is necessary because especially in times of emergency, you need somebody who brings discussion and deliberation to a close and acts.

DC: Sovereignty principle, Schmitt and so forth.

GJ: Yes. You need a decider and an actor who takes responsibility. Schmitt points out that what underlies liberal democracy is the hope that we can always just keep talking. Then we’ll never have to stop talking and make decisions and take responsibility for those decisions and force people to go along with them. So you need the monarchical principle, the one guy who decides and takes the consequences.

But if you just have aristocracy, you have the danger that these people are going to start governing for their own class interests. Therefore, you need the rest of the populace to play some kind of role in checking the tendency of monarchical figures or aristocratic groups to be corrupt. So you’ve got to have all three forms of government checking and balancing one another.

I think private property is one of the important sources of liberty. However, unregulated capitalism, especially financial capitalism, has a tendency towards the concentration of power and wealth in the hands of a few. And you do not want to be ruled by people who are simply richer than average. That’s one of the bad forms of government. You want to be ruled by people who are wiser than average and responsive to the general public. That’s how you get to the common good as opposed to just basically a society that’s factional.

So there’s a role for private property. There’s a role for private enterprise, but there’s also a necessity of regulating these things whenever they conflict with the common good. It’s perfectly fine to have markets. However, as soon as you start on the road to globalization, you start undermining polities, undermining communities, introducing factionalism, and therefore you need economic protectionism at the very least to preserve sovereignty.

You don’t want some fool who thinks foreign policy is really expensive and difficult to outsource it to a foreign country. That would be insane. You’ve got to at least protect certain industries that are connected with your national sovereignty.

As for liberalism, it is simply a political compromise that became an ideology and a metaphysics. Liberalism came about after the Reformation to put an end to the wars between Catholics and Protestants. We decided that peace is more important than arguing and fighting about the differences between Christian sects.

That’s all well and good, but now it’s been turned into a metaphysics. Today people concerned about maintaining liberalism argue for relativism just because they’re terrified that if somebody believes that something is true and good, they’ll reach for a club and bash their neighbor’s head in. That’s folly, because you can’t found a workable society on relativism, and having a workable society is more important than the liberty of everybody’s opinion.

DC: Yeah. I run into this type of conversation all the time, and I’ve run into it recently when Donald Trump gave his talk about maternity care and maternity leave. I got into a debate on Twitter about it with a libertarian with a talk show. And all he would say is “It’s economically inefficient.” I just kept repeating, I don’t give a shit. I don’t care. The fact we have working, intelligent, productive mothers who don’t feel like they have the capability to take time off to have children, or at least they don’t have time or the resources to do it until they’re farther along, maybe in their late thirties or so. And we have to fix that somehow. One way or another. And maybe this doesn’t work. Maybe we have to try something else. But we have to try something. And if it’s economically efficient, I don’t care. We’ve got to do something and run with it.

DC: It’s an idol to these people. And I almost feel like it’s an idol to a lot of the people on the standard Right, cuckservative types. Because freedom and liberty are fine; they’re great. But it’s a purely negative value. Freedom to do what? Liberty for what? And nobody really has an answer to that. So they settle on liberty to make money, liberty to have property. I guess that’s all they can offer you. Then they’re surprised when something like the Alt Right is actually giving people a positive project, whatever people may think about it. Some people think it’s pathological. You have a group of people who are coming out of the Right, which has, in my opinion, been completely emptied of any type of positive idea or project. And now people are being offered something, and they’re surprised that it appeals to people. And I don’t understand their confusion, to be honest with you.

GJ: Part of it is just fear. There’s this article by Judith Shklar called “The Liberalism of Fear.” That’s basically what drives liberalism. It’s fear of conflict, fear of oppression, and so forth. Fear of real debates about values. But everybody wants more stuff. That’s a low, base set of motives. But everybody shares it. Therefore we can found society on a least common denominator, the pursuit of wealth.

DC: Sure. Yeah. I think anything that everybody shares is not really worth attaining to me. You’ll hear this from conservatives all the time, when they’re pushing the war in Iraq to build democracy. They’ll say, you go to Iraq, you go to Afghanistan, and people everywhere just want to raise their families in peace and make a living. And my response is those are not human values. Every mammal wants to do that. That’s what every cow wants to do. Any mammal wants to raise its family in peace and make a living. There’s nothing positive there that’s interesting at all. I think it’s very vapid.

GJ: It is vapid. And of course, in all these societies, this peaceful, mammalian behavior — the kind of behavior that Plato describes in the Republic as the city of pigs, where everyone’s just basically living in some kind of vegetarian matriarchy and are only concerned with comfort and security — disappears very quickly when men grow up and start fighting with one another over things that aren’t real, like honor. Like their self-image. That’s what drives history. That’s the beginning of history for Hegel. These fierce-looking bearded Muslim types, that bow-tied conservatives claim “just wanna have fun,” don’t just wanna have fun. They wanna have fights. That’s true of all men, even Western men. But it doesn’t fit in with the whole desire-based model of liberal capital consumerist society. It’s a false understanding of man.

Plato talks about this in the Republic, and I always come back to it. I think it’s a fully adequate psychology, infinitely superior to Freud. Plato talks about how the soul has three parts. There’s reason, spirit, and desire. Spirit basically has to do with honor and one’s love of one’s own, as well as the capacity to love things that aren’t real, to be passionate about ideals, culture, and so forth. It’s the root of patriotism, the root of fanaticism, etc.

And when you look at the early modern philosophers, the people who created the modern mind, who wired us up — people like Hobbes, Locke, and Hume — they’re aware that man has this spirited part of the soul, and they’re even willing to exploit it to some extent. But they are very concerned to bottle it up. The modern bourgeois conception of man is basically a desire-driven creature who uses reason as an instrument. Hobbes says reason is to the desires as scouts and spies. Reason goes out there as scouts and spies to get the stuff that satisfies the desires. It’s purely instrumental. That’s modern man. He’s a desire-driven creature who has the faculty of instrumental reason, technology, science. He’s a very clever mammal.

Those things that cause men to fight as opposed to consume and produce, well, that’s “pride and vainglory.” Those have to be bottled up. Locke wants to secure the world for the people he describes as “industrious and rational.” “Industrious” meaning desire-driven and “rational” meaning using their reason to satisfy their desires. And who are the great enemies of the industrious and the rational? The “contentious and quarrelsome.” The spirited man. We have been so bamboozled by these people.

Fast-forward to Freud. Freud has no concept of honor. The closest thing you get to honor in Freud is narcissism. And this is the standard chick attitude about men. “Oh, he’s so egotistical. Oh, would you put aside your silly ego? Oh, you’re just narcissistic. You should feel ashamed of that.” We don’t have a positive concept of honor. Yet that middle part of the soul, thumos, is the driving force of history. And we’ve been taught not to even understand what that is.

DC: I feel that probably goes a long way toward explaining the war that Northern American English have been making on the Scots-Irish in the South for a long time, arguably up to today. I read something similar in the last couple of years. Steven Pinker, in his book Better Angels of our Nature, states what you’re saying very explicitly. He says honor is a bad thing. We need to get rid of the idea of honor, rid of the idea of patriotism, all of these things.

You have the industrious, rational North making war on the Scots-Irish in the South. And when you look at the core of Donald Trump’s support today, these are the people that Kevin McCarthy is denouncing in the National Review, saying that they need to die off, that these communities need to go. There’s definitely a real hostility there.