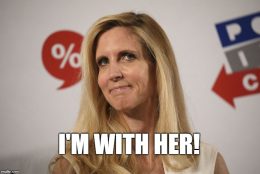 Greg, John, and Frodi reconvene the weekly podcast on July 4th to discuss the defects of the American national character, especially American conservatives, as revealed by Ann Coulter’s discussion of the leak of Republican National Committee backgrounder reports on potential Trump administration appointees like Chris Kobach.

» The Founders of Ohio