What They Took From Us 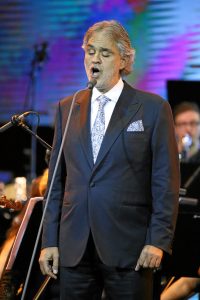 “Give not that which is holy unto the dogs, neither cast ye your pearls before swine, lest they trample them under their feet, and turn again and rend you.” — Matthew 7:6

Suppose I defy the above admonition and give something good and holy to a dog, or even cast a literal pearl before a literal swine. I guess it won’t be good and proper, but at the very least the merry pig cannot destroy a pearl or render it ugly. My people have a saying which serves as a handmaiden of the above Bible verse: A pearl in the mud remains a pearl, and fables teach us that even among chickens, an eagle is an eagle. After the pig and dog have had their fun, I’ll take the pearl, wash it, and it will again be an object of great beauty. But Jesus wasn’t talking about literal dogs and pigs.

The ancient philosophers were fond of saying that a man who loses his reason is less than a beast, that he becomes wicked and malicious in a way that a beast cannot. Hence, throwing pearls before a man without such reason as can appreciate a pearl’s beauty is what leads to that pearl being trampled, and the wicked man turning and rending he who cast the pearl before him.

First, the pearl. Take the time to listen. I’ll wait.

You may not understand the language. Neither do I. But you’ll probably feel the same grandeur and melancholy that I did when you hear the vast universe of music contained in those four odd minutes. Let it flow through you. The gentle beginning is a pleasant seaside morning, cool and calm, giving birth to those strange reflections on life which amaze with their simplicity; it’s a world of things small, gentle, and real, a microcosm of Mare Nostrum no greater than one man can see while standing on a hill, and not stretching further than a young boy can run in pursuit of love and merriment. The world is yet to awaken as we regard the lightly shifting sea.

Over this background, Bocelli chants rather than sings: human, all too human and human-sized, a respite from megalomaniacal modernity. And, slowly, the Sun rises, and greater things start to come into view. The chorus is a great beam of light cast across the sea, and each chorus asserts itself a little more than the previous one, with each chanted verse a little more ethereal than the previous one, for as the day progresses, the inner soul of Faustian man grows ever more intricate and profound. As the day nears its end and more instruments join our ever-growing seaside village, becoming greater still, and as mighty ships crisscross the sea, Bocelli’s voice communicates ever more hope and cautious joy, drawing the bowstring ever tauter, retreating ever deeper into the self before exploding into the great nothing, a force vector burning with energy. For a blessed and timeless second, there’s nothing but the cold, cold silence of infinite space and Bocelli’s voice. As the timeless second ends, the brass section meets him as a turtledove mated for life would greet its mate, and they wander off into the far west, to pay homage to our Father, the Unconquered Sun, as he goes to sleep for the night.

And now we read the lyrics’ translation. At first glance, it is a love song about being far from your lover, and that’s the interpretation that Sarah Brightman takes in her rendition. Indeed, that’s what the song’s composers might think about it, but the raw power and vastness of the song suggests something greater than romance, something grander. There’s alienation from love and cosmic alienation, and the song contains a good deal of the latter.

I believe that in certain moments, romance and patriotism and the love of woman and nation are the same thing. Much like in physics, where at a certain point immediately after the Big Bang the fundamental forces of the universe were unified, there’s a confluence of factors that can cause the unification of these two great loves in men. My personal experience would indicate that five shots of hard liquor are a necessary, but not sufficient, precondition. Replicability is sadly poor due to the strongly subjective nature of these forces. Indeed, I believe this to be true all over, for he cannot serve his people who doesn’t love a woman, especially in such a way that results in children. This is especially strong in Mediterranean men due to our far longer history with agriculture and our resulting deep connection to the land itself. The song’s trajectory from the human-sized to the infinite would seem to follow the schema of a love of woman morphing into love of nation as children are born, grow, and join the community. Therefore, longing for a beloved woman is longing for a beloved nation – especially one unfairly stolen.

I will leave with “you.” The “you” in this case is the Old World, taken to the New. Specifically, it is the heart of the Mezzogiorno, cruelly ripped out in Italy’s War of Northern Aggression (which the cowardly bankers’ dogs dared to call “Italian unification”). As a result of this brothers’ war, the best and brightest of Italy’s south now live in “countries I never saw and shared with you.” The heart of the Mezzogiorno now beats inside the breast of a Frankenstino from the Joisey Shore. Learned and wise men like Antonin Scalia waste their brilliance on healing the incurable Yankee sickness and on girls which would have frolicked with their many children in the Sicilian sun, but here waste their youth in tanning salons and house parties. Wicked fate has made us into fools, living in a clown world. Ridi, pagliaccio.

And there’s hope yet in the world, hence the positivity mixed with melancholy in Bocelli’s voice and the accompanying orchestra. And so boys and girls still meet each other for St. Gennaro’s, and legend has it that gabagool exists, even beyond the great sea.

And now, the swine.

Indulge in that mellifluous oinking, friends.

They’ll use the chorus from “Con te partirò” to draw you in. It’ll sound familiar. It’ll sound like it ought to be good. It looks like an old friend. But it’s actually a cannibal who’s skinned and eaten your friend and is now wearing his skin as a disguise.

This is a song about a promiscuous woman who’s had sex with a man, and that man is now preparing to leave, and she begs him not to, enticing him with her many lewd qualities and willingness to perform perverse acts. Or at least that’s what I think. It could actually just be a song about some sheboon’s butt.

Uh, tell him seh’ it proper and it prim (and it prim)
A mermaid ting, and he wanna swim (he wanna swim)
How gal bright suh but dem eyes dim (eyes dim)
Ch-ch-chain heavy but I’m light skin (I’m light skin)
I pull up on him let him put the pipe in (pipe in)
Then I gotta dash like a hyphen (hyphen)
I bring the cake let him lick the icing (icing)
Some little open toes Stewart Weitzman
Advising… ye-yes this ties in (okay)
N-none of you hoes will ever see my pen
YSL Nicki boot, just to drive in
The way my football, just give me the Heisman
Touchdown, touchdown, touchdown, touch . . .

What riveting poetry! Touch down, heh hehe. She said touch down. My inner Beavis is positively giddy. And since no modern song is complete without Spanish reggaeton-ish rapping, we are treated to “Papichulo, cuanto amas ese culo?” I only understand half of that sentence, but I wish I couldn’t. The spectacle of ugliness is overwhelming. It’s good and proper to be angry.

I’ve suspected for a while that the core of philosophy is aesthetics, given that it is the only branch of philosophy that cannot be bound up in a nutshell, indeed bad dreams disrupt nutshell empires. Aesthetics, beauty, it is experienced psychically, but also physically – we have physical reactions to beauty, and involuntary ones at that. Experiencing a great work of art is something that leaves a man both humbled and empowered – both mental states have physical manifestations. And to understand the ethics, metaphysics and all other philosophies of a man, or of a people, we must first look at what they claim is beautiful. Our enemies in globohomo and the nonwhite hordes they employ as bioweapons against us consider this drivel beautiful. Meditate on that.

I believe that there’s a lesson to be learned here. The civic nationalist dream of the brown world accepting white culture and mores is less than impossible. It is not that nonwhites will not accept white culture, but rather that they’ll twist it into something horrifying, something base, that they’ll transform a masterpiece of the musical art into gluteal rhythmic abominations – what my disgusted wife calls “butt music”. Unless we assert our right to our culture, and our right to exist, we will be killed and all we have created will be taken from us. It will not live on, but it will be desecrated, despoiled and deformed into pure ugliness. The swine of the world will trample our pearls, turn again and rend us.