The Courage of Compassion 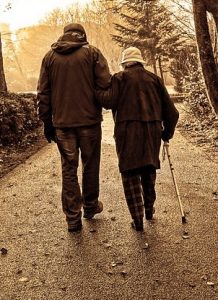 A couple of months have passed since a five-year-old boy, Landen, was thrown off a third floor balcony in the Mall of America by an individual named Emmanuel Deshawn Aranda. Emmanuel had pre-planned a murder that day, stating at his sentencing that he had been angered by his string of rejections by women at the mall. He is now serving nineteen years in jail; a clear example of an unjust punishment, especially when viewed alongside the plight of our own political prisoners serving sentences for the crime of wrongthink.

But I would like to shift the focus here to Landen’s plight. One image I was struck by in the wake of the tragedy was that of community members leaving a pile of gifts in the mall, on the spot where the boy landed. Stuffed animals and toys, the tools of a child’s imagination, lay on the floor; it was haunting, in the same way we experience when we roam a playground we frequented as children, when we walk through the empty halls of a university during summer. One gets a similar feeling of absence when viewing a pile of stuffed animals left unused, knowing that the child for whom they are intended is suffering in a hospital. While we experienced the coming together of the community and its compassion, it was brought about by suffering that should not have happened. Thankfully, Landen is recovering, although he will need more surgery as time goes by to return to a normal life. On June 4, Landen’s parents updated their GoFundMe account with impact statements. They are deeply Christian, and the statements reflect forgiveness for the attacker – not in the sense of forgiving his attack, but in the refusing to let him take away the love and joy the family has. What struck me the most about the statements was the father’s point that, to Emmanuel, the boy was a nameless victim, while to God and his family, his name is a testimony

While Landen survived and is a witness to his community uniting, there are other names that we remember who did not survive. Like Landen’s, their names and stories were quickly forgotten by the mainstream media and buried in favor of the next outrage piece to rile up the useful idiots. These include Ebba Åkerlund, an 11-year-old girl who was killed in a Stockholm terrorist attack, along with Lena Wahlberg, Chris Bevington, and Maïlys Dereymaeker. In another entirely preventable situation, Rakhmat Akilov drove a 30-ton beer truck down the main shopping street to mow down pedestrians. He claimed to support the Islamic State, and yet allegedly he was also protesting the bombing of Syria at the time. Whatever his motives, the takeaway is that he should never have been in Sweden to begin with. We must make sure that the names of these victims do not fade into anonymity, but become testimonies to the loss of life being inflicted by the present system. The haunting feeling of loss returns when we reflect on the victims. Ebba and the others also had aspirations, character, and a future that were their own.

But what of those who are truly anonymous? We are all aware of the compassion industry. Most days are implored to give money to help those overseas or to a cause (which is never our own), set to the tune of anti-white self-hatred so necessary to globalism’s maintenance. In all of these, suffering is kept at a distance. Suffering becomes externalized and anonymous – meant to tug at your heart, but to also to tempt you with an opportunity for self-righteousness by setting up recurring payments for a cause in some other part of the world which will relieve you of the privilege and guilt you are expected to feel because of your ethnicity. Never mind what’s going on around you. They ae offering you an indulgence that will clear you of white guilt – at least, until they want something else from you. This fabricated form of compassion comes at no risk; the act is as easy as purchasing groceries. You can then feel that you have done your moral duty and assure yourself that you are a good person. When real suffering in your own community, wrought by disastrous anti-white policies and liberal nihilism, is brought to your attention, it’s only in order for it to be denied or explained away. It is then no longer a testimony. Thus, the suffering in our own communities is truly anonymous.

Here is where we need to rediscover our responsibility to our community. The only way to rise above this vast sea of competing signals for moral attention is in direct action. The resources our people need to survive do not exist, as they are not fashionable in the compassion industry. Yet the system we suffer under has broken apart families, atomized the individual, contributed to confusion and abuse, and deprived us of meaning. Suicide rates are skyrocketing, and death by overdose is an epidemic. It is here that the Dissident Right needs to rediscover its true responsibility by offering to get in and help where the government and compassion industry mean to keep us at a distance. So long as the reality of suffering among ethnic Europeans is being denied, it is our duty to work on the local level in its alleviation.

This takes courage. To step out of the mediated compassion industry and into the places where our people need us is not just where we discover the suffering others, but also where we discover ourselves. In these encounters, we experience self-disruption: the disruption of the everyday objectification of suffering we see in the media and an encounter with the suffering of our own people. By this, we become aware of how we negotiate between the competing demands of self-preservation and our responsibility to those who are suffering in our atomized society. We are accustomed to suffering alone, or in our tightly-nit circles; such encounters make us realize that our predicament as the same as that of many others. But in doing so, we must be willing to reshape another’s environment – and our own in the process. This is how we will rediscover our community and the responsibility we have toward our own people. It is only here that we can transcend the anonymity imposed by the compassion industry. We affirm the names of Landen, of Ebba, and of every name lost to the world the oligarchs have built. We will bear witness to them.

I would like to end this meditation with a personal anecdote, a memory that has stuck with me and challenged me as a voice in my conscience for many years. When I was very young, my older brother (who was not much older than me) was hit by a van. After surviving what the odds dictated he should not have, he was in a coma in the emergency room. My father remained with him continuously, every step of the way. He suffered from the realization that my brother could pass away at any moment. Also in the emergency room was a middle-aged couple with an infant child. As a child myself, I could not understand what was happening, but I can vividly remember the infant with wires attached to his body, breathing through a machine. My father was there for the couple just as much as he was there for his own family. They had no other visitors to console them, so my father assumed this role. Then, one day when I got there, the infant and the couple were gone. My brother survived, but the child had passed away. Nevertheless, the couple came back that day to thank my father for supporting them.

That memory has long weighed on my conscience. How could someone, in the midst of their own suffering, have the courage to extend such compassion to another? This is what we should emulate: the suffering we experience individually as a people facing marginalization should become a call to responsibility for the others we see who are living under this regime of anarcho-tyranny. We know the cause of our people’s suffering. Thus, we have an obligation to go out into our communities and act to better the lives of those in need the best we can.

« The Counter-Currents 2019 Fundraiser
Raising the Standards of Discourse