It was nine years ago today that the Counter-Currents website went online. I can’t count the number of writers, YouTubers, podcasters, websites, and entire movements that have come and gone in our ideological sphere in the last nine years. The attrition is understandable. Deplatforming, demonetization, and demoralization take their toll. But Counter-Currents is still here, and we are not going anywhere.

In Year Nine, we published online 791 articles and reviews and more than 6,000 comments.

In Year Nine, our web traffic averaged around 130,000 unique visitors per month.

From the beginning, our webzine became our most important activity and my primary occupation. Nevertheless, in Year Nine, Counter-Currents published eight books, including our best-selling and most significant and impactful title so far, The White Nationalist Manifesto [2]:

In Year Nine I spoke at ten meetings: the Northwest Forum in Seattle, the New York Forum, Erkenbrand in the Netherlands, the Scandza Forum in Copenhagen and Stockholm, the Pan-Europa Conference and Plomin Club in Kyiv, the Blue Awakening conference in Tallinn, and the Ethnofutur conference in Vilnius, and also at a private gathering in Berlin. I also attended the 2019 American Renaissance Conference and independence day marches in three countries. Counter-Currents’ John Morgan also spoke at the 2019 American Renaissance Conference. 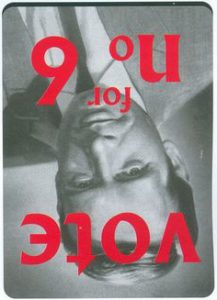 [10]In Year Nine, we put 55 podcasts online, including interviews, lectures, and audio versions of essays. I also lost count of the number of interviews, debates, and podcast appearances I put in at such places as The Public Space, Mark Collett’s This Week on the Alt Right, The Afterparty, No White Guilt, Red Ice, Millennial Woes, and others.

I want to thank our writers, readers, subscribers, and generous financial donors for making all this possible.

Year Nine was definitely not a year of progress on all fronts. There were four major setbacks.

Of course, the only reason why the establishment is resorting to censorship and deplatforming is because they take ideas seriously and are tired of losing arguments to us. But, as I argue in my essay “Freedom of Speech [12],” they can’t take us offline completely, which means that at best they can only slow us down. They can’t really stop us. And when we change enough minds, then we win.

Like metapolitical publishers and periodicals on the Left, Counter-Currents simply cannot function without donations from our supporters. Thus each year on our anniversary, Counter-Currents kicks off our annual Summer Fundraiser campaign, which ends on October 31. This year, the goal is $100,000.

Since the beginning of the migrant crisis in 2014, Counter-Currents’ traffic has increased enormously. More of our people are listening than ever before. So we have to get our message to them. I have to get more articles, more podcasts, more videos, more translations, and more books out there. I need to travel more, network more, and bring more people together. But I can’t do it without your help.

2019 is off to a strong start, but we need your help to maintain momentum. Counter-Currents reached almost 1.7 million unique visitors in 2018, but we had only a few more than 400 unique donors keeping the whole thing afloat. Yes, I know, the great thing about the internet is all the free content. But consuming free content means being a free rider on other people’s generosity. This year, one of my resolutions is to convert more free riders to donors and book buyers.

If you want Counter-Currents to thrive, go to our donate page [11] and make a donation today.