Counter-Currents Radio Podcast No. 237
The Dishonest Campaign Against Ricardo Duchesne 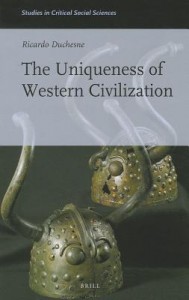 Greg and John reconvene the weekly podcast to discuss the dishonest politically correct campaign against the courageous defender of the West, Professor Ricardo Duchesne.