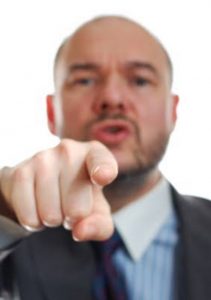 We can penetrate the error of a being, reveal to him the inanity of his schemes and of his errors; but how can we tear him away from his relentlessness in time, when he hides a fanaticism as ingrained as his instincts, as ancient as his prejudices?

We carry in us – like an irrefutable treasure – a heap of disgraceful beliefs and certainties. And even he who manages to rid himself of them and defeat them, remains – in the desert of his lucidity – a fanatic still; he has had all his obsessions wither, but not the earth from which they sprout; he has lost all his anchor points, except for the fixedness to which they pertain. Life has dogmas that are more immutable than theology, every existence is anchored in infallibilities which put to shame the jabberings of madness or faith. The skeptic himself, who loves his doubts, shows himself to be a fanatic of skepticism. Man is the dogmatic being par excellence; and his dogmas are all the deeper insofar as he does not verbalize them, is unaware of them, and follows them.

We believe in many more things than we think, we harbor more intolerances, we tend toward blood-soaked prejudices, and, defending our ideas through extreme measures, we roam through the world like walking and irrefutable fortresses. Each being is for himself a supreme dogma: no theology protects its god as we protect our ego; and this ego, if we besiege it with doubts, and question it, it is only for the false modesty of our pride: it has won the battle even before it has begun.

How can we escape the absolute of selfhood? One would need to imagine a being devoid of instincts, who would bear no name, and whose own image would be unknown to itself. But, everything in the world reflects our traits back at us; and night itself is never dark enough to prevent us from gazing at ourselves. Too present to ourselves, our nonexistence prior to birth and after death influences us only as an idea and only for a few moments; we feel the fever of our duration like a decaying eternity, but which remains endless in principle.

He who does not worship himself is yet to be born. All that lives holds itself dear; – otherwise from whence would come this terror which reigns in the depths and the surfaces of life? Each is for himself the single fixed point in the universe. And if someone dies for an idea, it’s because it is his idea, and his idea is his life.

No critique of any reason will ever awaken man from his “dogmatic slumber.” It could undermine the unreflective certainties which abound in philosophy and substitute more flexible claims for stiff ones, but how, by such a rational approach, could it shake up that creature dozing in its own dogmas, without killing it?