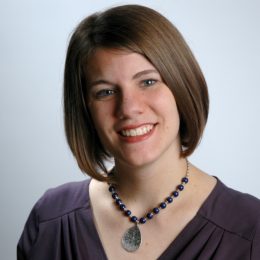 The reasons are obvious: Held Evans was a former evangelical who pushed progressive Christianity. The New Yorker celebrated her for promoting a “radically inclusive Christianity.” The Atlantic called her a “hero to Christian misfits.” The New York Times said she was the “voice of the wandering Christian.”

Held Evans wrote a few bestsellers, including A Year of Biblical Womanhood: How a Liberated Woman Found Herself Sitting on Her Roof, Covering Her Head, and Calling Her Husband Master. The book retold her year-long experiment living the way a woman is supposed to live, according to her interpretation of the Bible. It, not surprisingly, argued against biblical literalism.

Held Evans’ progressive Christianity advocated for every Left-wing cause with a Biblical gloss. “I think the problem is white evangelicals don’t see Jesus in immigrants, refugees, people of color, and demeaned women,” she once tweeted. She claimed the downtrodden of today would one day lead Christianity: “The folks you’re shutting out of the church today will be leading it tomorrow. That’s the way the Spirit works. The future’s in the margins.”

She said the Bible made her a feminist. “I am an accidental feminist, for my liberation did not come from Simone de Beauvoir or Betty Friedan, but from Mary and Martha, Junia and Priscilla, Phoebe and Tabitha,” she stated in 2012. “It came from the marvelous and radical recognition that if the gospel is good news for them, then maybe it is good news for me too . . . and that maybe that boy in my youth group was wrong.”

The writer went so far as to say Jesus may have been racist: “It’s fear of Jesus’ humanity, I think, that keeps us from interpreting the story of the Syrophoenician/Canaanite woman as a story about a man changing his mind about his racial bias when confronted with the humanity (and chutzpah!) of another person. But that’s a tricky one . . .”

This is the kind of Christianity that earns elite adoration. Progressive Christianity already dominates several mainline Protestant denominations and is taking root in evangelicalism. Most young evangelicals are more like Held Evans than Jerry Falwell. Time magazine reported in 2015 that “a growing minority of millennial evangelicals” are “are non-white and much more likely to support progressive issues including social justice, equal rights, marriage equality and combatting climate change.”

National Hispanic Christian Leadership Conference President Samuel Rodriguez says there is a clear divide between older evangelicals and younger ones, groups he respectively dubs the “Billy Graham Generation” and the “Martin Luther King Jr. Generation.” The older generation cares more about “religious liberty, and life and Biblical inerrancy” while the young focus on “social justice, police shootings, and mass incarceration,” according to Rodriguez.

The one thing young evangelicals share with older evangelicals is their opposition to abortion. Held Evans also stated she was pro-life, even as she supported every other Left-wing stance. Yet, her stance coincided with the larger social justice agenda of progressive Christianity.

Progressive Christians imagine the faith, and Jesus Christ, as embodiments of modern social justice. “This dude was breaking down gender roles and taking on racial issues that made people around him hate him,” one Hispanic evangelical told Griswold about Jesus. This twisted image of Jesus as the ur-social justice warrior regularly shapes mainstream discourse. Mass immigration proponents regularly dust off their Bibles to browbeat white Christians into welcoming millions of strangers into their country. They also say Jesus was a refugee and black in order to support arguments in favor of America’s demographic transformation.

The majority of white evangelicals are repulsed by these messages. Most white evangelicals oppose mass immigration and support nationalism. But those views only remain the norm among the older and whiter cohort. Several other popular Christian writers, even some conservative ones, wish to reeducate their prejudiced flocks.

Lutheran pastor Nadia Bolz-Weber, the cleric who gave Held Evans last rites, is one of these figures. The heavily tattooed pastor’s rhetoric is suffused with profanity and sexual references. She primarily promotes sexual revolution values to Christians, urging them to have as much free love and self-fulfillment as possible. She fights against the “purity culture” of mainstream evangelicalism and offers sexual liberation in its place. Like Held Evans, her books are bestsellers and she receives mainstream media praise.

The Christian Left may have found its perfect representative in Democratic presidential candidate Pete Buttigieg. Buttigieg is a married gay man who emphasizes his Episcopalian faith. He shares no positions with the Religious Right. He’s pro-abortion and believes religious groups must kowtow to progressive demands. He summarized his Christianity in this statement: “When I think about where most of Scripture points me, it is toward defending the poor, and the immigrant, and the stranger, and the prisoner, and the outcast, and those who are left behind by the way society works.”

His Christianity is not one that defends healthy values, the national community, or even the traditional family. It is opposed to all those things. The Other is the great purpose of Buttigieg’s Christianity, and it conforms to the technocratic neo-liberalism for which he advocates. It responds to Nietzsche’s critical image of Christianity with the proud boast, “Yes, this is what we are!”

Maybe the European New Right had a point when it argued that liberalism is just a secularized form of Christianity.

Woke Christianity could become a major theme of the 2020 Democratic primary. It’ll certainly come out when candidates need to virtue-signal about the utter immorality of nationalism.

Progressives are learning that it is better to exploit Christianity than it is to attack it. They know they can rely on the media to ignore pastors and bishops on abortion and sexuality, yet give them air time when immigration is front-page news. The globalist elite wants people to think the Bible only tells people to welcome immigrants and other outsiders. It’s just about love and kindness; forget everything those bigoted pastors told you.

The Religious Right isn’t going to disappear anytime soon, and will continue to dwarf the Christian Left. Yet, it is important that many popular Christian writers and young evangelicals feel their faith is best expressed in progressive politics. The effects are already being seen. Pastors lead protests against immigration enforcement. News anchors grill conservatives on how they reject the faith by opposing mass immigration. Several churches fly the rainbow flag outside their door.

Conservative evangelicals may remain the majority in their community, but they still show the woke influence. The conservative Southern Baptist Convention did issue an embarrassing condemnation of the Alt Right in 2017. Apparently, nationalists are a bigger threat than secular progressives.

The globalists need every institution to support their agenda. Woke Christianity helps advance that goal by subverting the churches that lag behind “progress.” Contrary to its marketing, woke Christianity does not challenge power — it reaffirms the prevailing order.

It only challenges white America.

» A Phone Call for Mayhem:
How JFK Caused the 1960s Race Riots