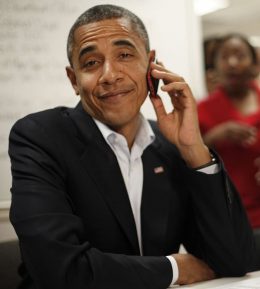 “Hey, did you hear about that thing Trump did?”

“Look, I know you’re disappointed in him, but at least he beat Hillary and the nukes aren’t flying.”

That’s the bare-bones structure of a conversation I had with a friend about a week or so ago. I don’t remember the ostensibly based and red-pilled thing that Trump did, which means it was probably – as the kids are fond of saying – cringey and blue-pilled. That which is truly based and red-pilled resonates with you and is burned into your memory. When the Access Hollywood tapes came out and Trump dropped a truth grenade regarding female hypergamy, it immediately spread around the world, and it remained in our collective memory. Women do let you grab ‘em by the pussy if you’re rich, famous, or are alpha in other ways. You can get away with violations of their personal and private space that’d land the average beta in jail.

Through the misty fog of nostalgia, we look back on those years when many normies – indeed, many of us – were galvanized, when the red-pills made the scales fall from our eyes, and we were full of hope for the future. We felt the courage that comes with the certainty that there’s someone powerful at the helm, that a lion beloved of God marches at the head of the column. God help us, we marched behind him and put our faith in him.

We’ve come a long way from that time. No longer are we dealing with a pussy-grabbing, wall-building, swamp-draining God Emperor, but rather with a boomercuck, Israel-firster who wants legal immigrants to come in by their millions, and dances to the tune played by his spoiled brat of a daughter and her (((husband))). The Swamp drained him – or he was The Swamp from the get-go. It doesn’t matter. The mainstream media arsed it up, as usual. He’s not Orange Man. He’s Orange Golem.

But he ain’t Hillary, remember?

So was Obama. I’ll admit that during my conservative phase, in the Tea Party era, I had an inordinate amount of hate for Obama, to the point of believing the Ulsterman Report’s bullshit “White House insider” stories, in which someone who was ostensibly a Democratic party operative was leaking info on Obama out of loyalty to the Clintons. Unfortunately, I can’t find you a link to the reports themselves (which were somehow lurid and boring at the same time), but you can use any non-Google search engine to track down the general context of the thing. There was also a short-lived attempt to character-assassinate Michelle Obama by comparing her unfavorably to past First Ladies, especially Hillary Clinton, who was apparently ladylike, as well as claims that the Clinton camp would vote Republican in the following presidential election. These wild conspiracy theories and character assassination plots were most likely cooked up by the Clinton crime family, but they never really took off in the way that Qanon and other boomer-bait stories did, probably because a necessary assumption of these theories was that Hillary Clinton is ladylike and not a monster. I strongly doubt that even the most deluded of paranoid schizophrenics would believe that.

Now that I’ve managed to purge myself of this Obama-hate, I can in retrospect say that he had one thing going for him: he was Not-Hillary. Not-Hillary is important in a politician, as my friend put it. It means the nuclear nasties are grounded and not zipping willy-nilly through the air, seeking out the great cities of Europe, Asia, and North America, shredding the best of human stock whilst sparing those people too primitive to build a target worth nuking. As we’ve already established, Orange Golem himself is Not-Hillary – which is good, I guess. But as far as Not-Hillaries go, he’d seem to be worse than Obama on several important counts.

Firstly, Trump would appear to be worse on interventionism. It took much arm-twisting from Hillary, Leon Panetta and other warmonger types in his administration, as well as foreign leaders, to get Obama to acquiesce to adventurism in Libya, and even then he “led from behind” and let the French under Sarkozy take the lead. Plus, that did not transpire until the third year of his presidency. Trump, on the other hand, seems to be very gung ho for interventions in Syria and, chillingly, Iran. He’s swinging his dick around in Venezuela, and is at this point very much an Israeli-firster. Obama, famously, snubbed Benjamin Netanyahu and was less favorable to Israel than either Trump or Hillary. It sent the tribe into such hysterics that they produced a ridiculously funny and outrageously racist parody video where Obama sings about relocating Israel “under the sea [2].” Blackface and offensive accents are apparently okay if you’re of the Joo persuasion. Contrast this to Trump’s proskynesis before Netanyahu and his service to Israeli interests.

Secondly, Obama was in a sense less bad in personnel selection than Trump. Whereas Obama appointed black kakistocrats and race-hustlers such as Van Jones and Eric Holder, Trump seems intent on surrounding himself with crypto-trotskyite Jewish fanatics such as his much-beloved son-in-law, Jared Kushner, and the countless others who’ve goaded him into various cuckeries and stupidities. The black kakistocrats, at least, can be bought off and controlled by careful dispensation of gibs, and there’s also the black tendency to be direct and forthright, which is refreshing compared to Jewish dissimulation and neuroticism. Blacks are easier to control and mollify, whereas Jews are out-of-control and insatiable in both greed and demand for unearned respect. Regardless of race, thieves are always preferable to fanatics, for they can be reasoned with. Also, to his credit, Obama did not bomb foreign countries because his daughters cried at obviously staged videos of chemical attacks.

Now, I’ll give Blumpferino credit where credit is due – he didn’t arse up the Supreme Court nominations, and he’ll probably not arse up his third one when the Left finally admits that Ruth Bader Ginsburg is dead. However, this is probably not due to his own merit, but rather, as Jim puts it [3], due to the fact that he can draw upon the personnel pool which is the Federalist Society, which is a self-policing group devoted to an ideal amenable to our side. That blog post, incidentally, contains good information on exactly what is necessary to govern, so I wholeheartedly recommend reading it.

So yeah, you could say that, in a sense, I sorta kinda miss Obama [4]. That song makes our dear ol’ milquetoast mulatto sound like a full-blown ghetto nigga lord – which would have been preferable to eight years of mild-mannered cuckery, but hey, that’s life for you.

Obama not only had the benefit of being Not-Hillary, but also the benefits of being Not-McCain and Not-Romney. Why Not-McCain is good is pretty self-explanatory, I’d say, but it bears repeating that he was a warmongering piece of shit who set an aircraft carrier on fire, killing 134 sailors [5]. He was also an unlikeable liberal-leaning opportunist, which is why Republican enthusiasm for him was poor in 2008, handing the White House to Obama. Not-Romney is pretty good as well. Romney is a rich man in an age where wealth is mostly accumulated through graft and plundering of the commons, and Romney’s Bain Capital did exactly that. He got mocked for what would later become the official narrative of the globohomo: scaremongering against Russia. He’s also a Mormon, which is just plain weird and creeps people out. If one were of a conspiratorial bent, one would think that the GOP was softballing Obama with these two screwballs.

Obama was, of course, preceded by Dubya. Dubya is a historic personage in more ways than we currently understand. Éordred, in a recent article [6], tries to get to the bottom of what constitutes the Dissident Right, and he gets closer than most, but he misses the essence of what we were in the very early days: we were Not-Dubya, but on the Right. We were skeptical of global capitalism, we were skeptical of interventionism, and somewhat indifferent to the limp-wristed way in which the evangelo-cons fought the culture war. That’s a huge umbrella to get under.

Now, Dubya himself had two major benefits. He was Not-Kerry and Not-Gore. It seems like ancient history now, but Dubya wasn’t exactly popular back then, and we saw that his approval ratings collapsed in the wake of the 2004 election. You can run on Not-Kerry, but you can’t govern on it. Again, those of conspiratorial bent would be inclined to believe that the Democrats were softballing Dubya.

Which brings us back to Orange Golem. Much of his campaign was centered on being Not-Hillary, Not-Jeb, and Not-The Swamp in general. It turns out that he can’t govern on that. What is necessary for governance is positive identity, both ideological and biological. The Federalist Society is such a positive ideological identity – a “synthetic tribe,” as Jim puts it – whose organizational model lends itself well to good governance. White Nationalism is another such positive ideological and biological identity, rather than the Alt Right, which for a while just meant Not-Dubya, or, more exactly, not the mainstream conservatives; literally, an alternative Right. Not-The Other Guy will do in a pinch, but governments, nations, and other complex corporate entities cannot be built on negative identities. Incidentally, this is why what Steve Sailer calls the Coalition of the Fringes, and what the Spandrell calls the Bioleninist coalition, will eventually collapse. Their cooperation is predicated on not being white males.

Trump eschews positive identity by dodging clear identification of his voter base and his intellectual support. The identity vacuum has therefore been filled by Jews and Zionists, since this is the second-best positive identity that Trump can access, through his daughter and the oy grey eminence of Jared Kushner. Not-Hillary doesn’t automatically mean us; it could very well mean Netanyahu.