For My Ethno Guys 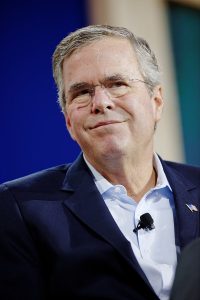 Definitely not an ethno guy.

Ever catch abuse from somebody famous? It’s not fun.

Last year, a fairly edgy and well-known conservative writer took me to task for something I had written. Amid all the sophomoric profanity and abuse (he addressed me with “Hey Dipshit,” and his message went downhill from there), he did something interesting. He sneeringly called me an “ethno guy,” as in, “What is it with you ethno guys . . . ?” As in, only a dipshit would ever consider being an “ethno guy.”

Of course, I didn’t respond in kind. How could I?

But the ethno-guy epithet stuck with me. That must be how others view white advocates, nationalists, and dissidents these days. They seem to believe that to be ethno or not results from a conscious, moral choice, like deciding whether to cheat on your taxes if you know you can get away with it. Only morally bad people go full ethno, it seems.

There are several problems with this perspective.

For one, it denies a person his right to be wrong. Everyone has a right to be wrong. Of course, when someone is considered wrong and is harmless, there’s no problem. In the absence of any concrete evidence, I am pretty sure that globetrotting gadfly journalist Graham Hancock was wrong about his theory that an ancient civilization once thrived in Antarctica. But this issue matters little in the big scheme of things these days, and so folks like Hancock can say what they want and pay little price for it. But when someone is wrong and threatens the established order, then there’s a problem. Of course, anyone advocating violence or terror falls into this category. A person who believes he has a right to hold up liquor stores at gunpoint is not only mistaken, he’s also dangerous and must be dealt with.

But not all wrong and dangerous people threaten the established order with violence. An inexact yet instructive historical analogue to Hancock would be Giordano Bruno, who was burned at the stake in 1600 for, among other things, challenging the astronomical and theological dogma which bolstered much of the Church’s power. It has turned out that many of Bruno’s views were indeed correct, or at least reasonable, but since his ideas and his recalcitrance were a threat to his society’s established power structure, he had to go.

This, of course, is unjust, and anyone supporting this kind of totalitarianism should understand that they have something in common with Giordano Bruno’s executioners. They don’t respect a person’s right to be wrong. I could ultimately be wrong to advocate for a white ethnostate through metapolitics, but as long as I am not calling for violence, terrorism, or a race war, people should respect my right to advocate for what I want. It reminds me of a brief moment in Jerry Maguire in which Cuba Gooding, Jr. addresses his family members. He gives a shout out to a male relative by noting that despite being militant, he’s still cool. Get it? Gooding’s character didn’t share his relative’s uncompromising racial opinions, but he respected the man’s rights to those opinions regardless.

This is the respect that our edgy conservative writer friend chose not to afford to me.

But ah, you say, was he not right to disrespect me, since my ideas, while not directly advocating violence, eventually will, if implemented on a large scale? Maybe, but this could be said about any idea that promotes political change, since political change does not always come about peacefully. Did the United States not come into being after violence on a large scale? Did the United States not prevent the Confederacy from leaving the Union after violence on an even larger scale? Any existing society must ultimately enforce its laws and way of life with force as well. If you’re that tax cheat mentioned earlier, sooner or later the authorities will lead you to prison at the point of a gun if you don’t pony up your taxes. Does that make one immoral to support the status quo?

These days, ethnocentrism among whites threatens our ruling elites and their constituents (many of whom are not white). For many wealthy and influential Jews, it makes them feel insecure as a diaspora, and it also threatens the enormous sums of money they have been able to acquire in gentile lands. For many blacks and Hispanics, it threatens the gravy train brought to them by munificently stupid governments which would dry up entirely if they had to live exclusively among their own kind. And for Muslims, well, let’s just say that they prefer it when their enemies don’t fight back.

The second problem with the negative “ethno guy” epithet is that it is racist against white people. This one’s a slam dunk. Our edgy conservative writer friend never says anything untoward about Israel – and aren’t Israelis ethno guys, too? Why are white ethno guys “dipshits” and not Jewish ones, if not for an irrational racism against whites? We could even make one of those SAT analogy questions to illustrate our point:

A white ethnocentrist is to white people what

(I’ll give you five minutes to figure out the answer – and no cheating!)

To be fair, within the context of America, this writer also disapproves of non-white identity politics. He’s also reliably anti-anti-white. But would he so brazenly abuse a Nation of Islam writer with a string of vulgar insults? When was the last time a black or a Hispanic caught a ration of abuse from a white for their ethnocentrism? I cannot prove this, but I strongly suspect that this writer withholds his deepest contempt only for white people who dare to be white.

Of course, the anti-white racism claim seems like it might succumb to the “Dems are the real racists” fallacy. But it really doesn’t. This fallacy, which is used by mouthy conservatives looking to score rhetorical points against the Left, basically accepts the Left’s moral premise (racism is bad) and then tries to show how the Left doesn’t live up to its own standards (usually vis-à-vis blacks or some other non-white demographic group). The problem here is that it accepts the racial-egalitarian premise of the enemy – which is not only a lie, but an incorrect assessment of the enemy’s moral premise to begin with. For the Left, racism is bad except when aimed at white people. This is an extremely important distinction, and one that all whites should never forget. In fact, it bears repeating. Once again, with feeling:

For the Left, racism is bad except when aimed at white people.

Yes, it is nice to annoy the Left with charges of hypocrisy, but hypocrisy is baked in the cake for the Left, so such a charge will stick like undercooked pasta to a greasy wall. Revealing the Left’s anti-white bias, however, goes beyond mere rhetoric because it promises to galvanize whites as a racial group against the Left. This could potentially do serious damage to the international Leftist (and, by definition, anti-white) power structure, and therefore must be suppressed. Remember the part above about threatening the established order? It’s like that.

By attacking me personally with vile insults, this edgy conservative writer friend was, in a sense, doing the Left’s bidding: suppressing whitey for having a white identity. And why? Because white identity is kryptonite for the Left. The only kryptonite. If one really opposes the Left, then one must support white identity and white ethnocentrism. These days, nothing else is potentially strong enough to stand in its way.

The final problem with our edgy conservative writer friend’s phobia of white ethnocentrism is that he fails to realize that not being ethno ultimately means death. There is no other path to survival, let alone greatness. A people that cannot be sure of itself, that cannot love itself and its lands and possessions and history to the point of being able to fight for it, lacks vigor. And any people that lacks vigor will be overcome by other people who don’t lack vigor. Throughout history, this overcoming usually took the form of military invasions. These days, it takes the form of mass non-white immigration into traditional white homelands. In large part because of people like our edgy conservative writer friend who punish pro-white vigor, whites in the West have proven incapable of resisting tide after tide of non-whites who are intent on replacing them and their civilization with systems which are demonstrably inferior. This process is well underway.

Without enough ethno guys among the white population, whites will ultimately be left by the wayside, unable to act in their own interests, unable to defend themselves in a peaceful and legal manner, and despised by more numerous peoples who have little respect for Western civilization to begin with. And after this, the only remaining choices will be armed rebellion or submission and death.

Maybe our edgy conservative writer friend would prefer that whites take that latter option and fade away. But I don’t. White Nationalism today is the only option available that promises to avoid having to make this terrible decision. But if such a choice is forced upon us, the natural thing to do would be to take one’s own side and fight. In this regard, I take inspiration from another ethno guy who never submitted to his Leftist overlords and who fought them with astonishing vigor. This was the early twentieth-century Romanian patriot Corneliu Codreanu, who explained himself in a manner that I cannot improve upon in his classic For My Legionaries:

I acted on orders from my heart, from an instinct of defense possessed by even the least crawling worm, not out of an instinct for mere personal preservation, but one for defending the people of whom I was a part.