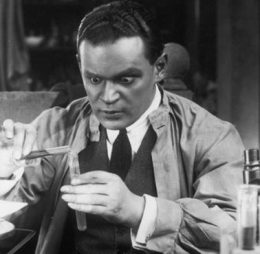 Being pro-white online is not as simple as it sounds. In addition to the rapidly increasing speech limitations, various complexities arise as the pro-white activist encounters ideological opponents and racial competitors and is forced to engage them within the sticky webs of mass resistance to his ideas which exist as part of the condition of living under systems of foreign control. It can be frustrating even for the most even-tempered among us. And there are not enough support networks for those who need them if or when they get in over their heads in a debate, need access to obscure information immediately, or are just feeling burned out. This will change as our numbers increase and our ideas become more socially acceptable, but in the meantime we need to take steps to ease these burdens. Part of the reason many people become frustrated, disillusioned, and sometimes hopeless is because of the way they perceive the world’s sociopolitical machinery and how this perception influences their actions.

I want to propose two things to stop this cycle of (mis)perception and action: first, a slight shift in our relationship to pertinent knowledge; second, an alteration of our techniques of activism in order to maximize the damage caused by our various campaigns of information warfare, especially regarding social media.

The term “conspiracy theory” is generally a used as a euphemism for any narrative concerning a sensitive historical event or political position that runs counter to that preferred and maintained by the elite. It is a term, like “racist,” utilized to categorize one’s opponent as being outside the realm of acceptable thought, to transplant him outside the borders of his own community. The accuser isolates the accused with shaming words while at the same time creating a bond with his audience by incorporating them, through mere participation in the spectacle, into his ad hoc in-group which exists solely in opposition to the accused. This creates a climate of receptivity to the branding of the accused as a lunatic and an unwillingness to listen to his ideas. It is very effective, as anyone who has been on the receiving end of this tactic knows. When dealing with people of average intelligence or particularly closed-minded individuals, facts, figures, and sound arguments will not often break the spell of this categorical marginalization (especially in the particular case of topics of concern to White Nationalists, because this marginalization has deep roots in the Judaized soil of contemporary culture). A general rejection of the negative associations with the term “conspiracy theory” would be very beneficial, but the term is unlikely to go away. Nor will actual conspiracies be eradicated any time soon.

What concerns us here, however, is the conspiracy theory mindset, which is rather different, and often leads to hopelessness and inaction. The conspiracy theory mindset can be defined as a view of the world as being overwhelmingly dictated from on high by shadowy forces with goals beyond either our full comprehension or our ability to counter them. We see this type of thinking across the spectrum of the Right. It often, but not always, begins as an escapist crutch, but will always end up as one. Those who are convinced that there are always things in motion perpetrated by people whose names they will never know, or whose motives are never fully clear, abdicate all responsibility for the enactment of change. Either the world is too far gone to save, or there are people who are already working to save it. Power is only held by secret societies, clandestine committees, billionaire moguls, and cigar-chomping men with big plans. But no work is ever really needed on their part, since the people are utterly powerless. The common man is nothing but a pawn in this conception of reality. This mindset slowly drains its victim of a sense of agency, and he sinks into apathy and hopelessness. Through his own bewildered inaction, he transforms himself into the pawn that he hadn’t been prior. The conditions that cause this misperception of reality, this misunderstanding of historical progress, this devaluation of his own soul, are not of his making – but his salvation can only come from within.

To begin to free himself from the murkiness of the conspiracy theory mindset, he must narrow his conceptual focus. If he begins to look at the world more from the bottom up instead of from the top down, the paths of power will likely be easier to discern. History is made by people with names and genealogies who set things in motion for discernible reasons which then cause effects that can be tracked across time and analyzed. When these names and motives seem obscure, it usually means that one has simply not done enough research. There is always room in historical analysis for educated speculation, but when dealing with contemporary politics and cultural trends, there is not much need to do so because of the easy availability of information. This, coupled with the fact that most of us have a working knowledge of the models of group behavior upon which we build our claims, make concrete, provable arguments rather easy. There is, then, little need to get lost in the fog.

For example, by focusing one’s resources on exposing one particular Soros-funded organization and what harm it causes in one’s own state instead of attempting to demonstrate to random Twitter users that George Soros himself is a diabolical madman, the world suddenly becomes more manageable, both psychologically and tactically. Anyone who suspects something is amiss with a particular person or event should set about proving it with reputable sources, calmly and methodically. Start with what is available and accessible, and proceed from there. And by going after smaller targets with greater frequency, we can increase the likelihood of real-world impact in local communities and broaden the range of entry points into White Nationalism for average whites. What percentage of average Republicans have negative opinions of George Soros, and what good does that do anyone? Does he care? Does it interfere with any of his operations in any way? Of course not. But exposing the workings of an organization that he funds that is currently helping to turn your city or your school into a nightmare would hurt him.

Before I move on, I must make very clear that I am in no way suggesting any sort of minimization of the Jewish problem. I have always maintained that this is the single most important issue facing whites and, until this problem is solved, I will continue to do so. I have, however, been guilty on occasion of portraying them in language that almost suggests a kind of invincibility which is obviously not accurate or productive. We should name them and track them, pay attention to their words and their actions, expose them for what they are and what they do, and never let their behavior be separated from their Jewishness. They can and will be beaten – and much sooner if not a single one of us ever doubts for one second that it will happen. And this doubt very often arises from the agency-sapping qualities inherent in the conspiracy theory mindset. Jews are not supernatural beings. They are just parasites who hold a lot of power – temporarily.

Much has been said about the pride of craftsmanship and the ability to be self-sufficient. It is nice to be able to do electrical work, change the oil in one’s car, build a table, or play a musical instrument. But the same is true for intellectual work. White Nationalists are smarter than average, or they wouldn’t be White Nationalists. This is, of course, obvious. However, we have many people who are spread thin – i.e., who know a fair amount about a lot of things. This is generally a good thing and puts us far ahead of just about every other demographic in the country, but it is time for more of us to start specializing and to take pride in our specialty in the same way that we would our carpentry, our guitar playing, or any other craft.

There is a reason why academics specialize in certain fields, and that even within those fields often choose to focus on relatively specific subjects: one can dig in and expend great effort in knowing as much as possible about the subject and be able to discuss it with anyone in the world with passion and authority. Specialists are the people to whom others turn for advice, the people others reference in their own work, and the people who win debates and have the greatest ability to shape opinions. It would therefore be strategically helpful to have a large group of specialists on social media to whom others could always turn for back-up on any given topic, to propagandize, to engage mainstream academic frauds who work in similar fields, and to educate our community.

If we are, as many have suggested, going to move away from the university system, more people will have to step in to fill the need for this sort of education. This type of in-depth study is incredibly valuable and should be taken very seriously. And as an informal movement, we have to do these things together, by word of mouth, by planting the seeds of ideas and hoping they will grow into something. This kind of specialization takes some effort, but many who are not already accustomed to this type of work might find it enjoyable and interesting. Free academic journal articles can be read online, free books are easily downloaded, and libraries are still great resources (especially university libraries). We are already so far ahead of our opponents in terms of intellectual content and capability that a move in this direction would further enhance our credibility in the eyes of independent observers. Those we criticize online are not likely to be converted to our point of view, but the whites who come across our arguments might very well be. They are our audience.

Furthermore, specialization of this kind forces one to think sharply and methodically, a skill that is growing increasingly rare. It trains the mind to ignore distractions and to spot bad arguments and false or dishonest claims. And, of course, honest research itself is almost a revolutionary act these days.

A final point which deserves more attention, but will only be mentioned in passing here, is that, although White Nationalism is a leaderless movement, so is every other contemporary political movement. There are no leaders left in the Western world of any political persuasion. There is an authority vacuum. Every specialist we have on our side helps to fill this space and creates a social context, a social precedent for eventual White Nationalist sociopolitical hegemony.

Distancing ourselves from a conception of the world as beyond our control through a reorientation of historical perspective and a focus on smaller units of analysis, as well as efforts to specialize in narrower fields of study in order to use this knowledge in our online (and offline) activism, will help to enable White Nationalists to boost their sense of agency and foster feelings of tangible progress and accomplishment. The psychological effects on individuals will be contagious, and will increase optimism and solidarity throughout the community. White Nationalist specialists can infiltrate social media and other aspects of society as authoritative voices, a process which will function as a social foundation for eventual political and cultural leadership.

Every little thing helps, and everything each of us does matters.

« Reflections on the Supremacy of the West:
A Critique of Ricardo Duchesne & Niall Ferguson