The Dying Days of Russiagate 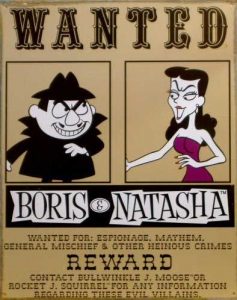 I haven’t really paid all that much attention to Russiagate, because the whole thing has been an obvious hoax from the beginning.

I mean, the whole Mueller investigation was really long, really boring, and really, really complicated. Keeping up with the godforsaken mess just seemed like a lot of work for what was an obvious hoax destined to end in a whimpering anti-climax. Just call me when it’s time for the Schadenfreude.

But now that that godforsaken mess is coming to a close, let’s talk about Russiagate. Nancy Pelosi told The Washington Post:

I’m not for impeachment. This is news. I’m going to give you some news right now because I haven’t said this to any press person before. But since you asked, and I’ve been thinking about this: Impeachment is so divisive to the country that unless there’s something so compelling and overwhelming and bipartisan, I don’t think we should go down that path, because it divides the country. And he’s just not worth it. 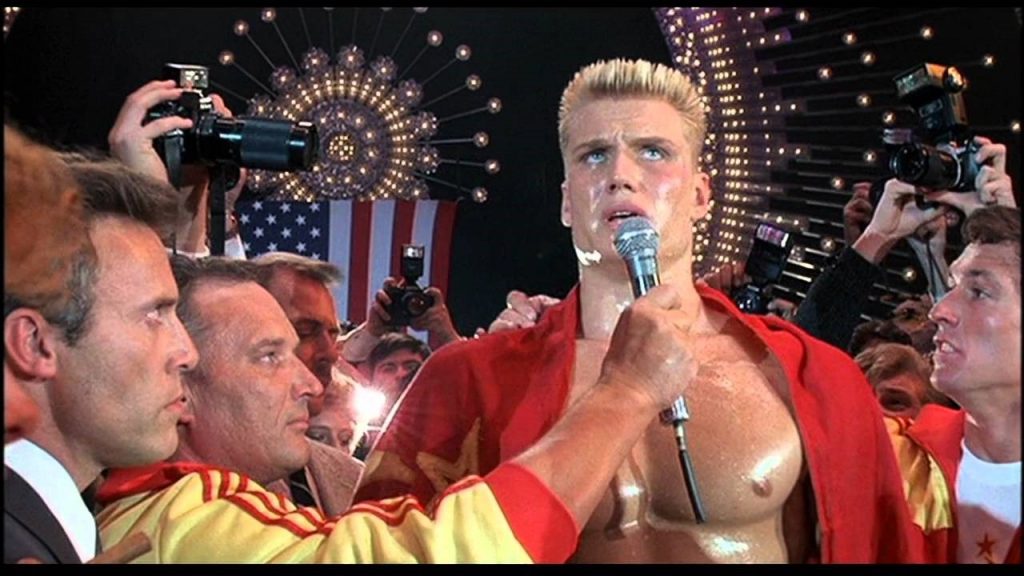 You know, being right all the time sounds a lot cooler than it actually is. I am right literally all of the time, and if I am to be perfectly frank, I consider it more of a curse than anything else. But I digress.

I have been saying from Day One that the whole Russia thing is bullshit. I realize that doesn’t make me special. No one on the Right took it seriously. Even Boomer conservatives weren’t dumb enough to believe it, and they will believe anything. And I long suspected that most, if not all, of the high-ranking elite Democrats knew it was bullshit from Day One as well. I don’t think they ever believed that they would find real evidence of deep, conspiratorial collusion with Russia. I think the plan all along was to open an investigation into Donald Trump’s campaign and hope that in the process of that investigation, they would discover some other equally (or at least sufficiently) damning crime, and impeach Trump on that. In other words, it was just a fishing expedition all along.

You can’t blame our overlords for trying. Trump is a shady character with a vast, many-tentacled empire, so surely you’d think you’d be able to find something if you could get enough access and flip enough of the people around him. It was worth a shot. I never ruled out the possibility that they might actually find something; I just knew that they definitely would not find evidence of Trump colluding with Vladimir Putin in subverting the 2016 election. But it’s becoming increasingly clear that they aren’t even going to come up with a “something else.” And here is where being a boomer has actually worked to Trump’s advantage.

One of the things about Trump is that he does not use e-mail or text messages. He handles his contacts exclusively on the phone or through in-person meetings. It’s why you haven’t seen any Trump dumps on Wikileaks. Trump is a Boomer technophobe who never puts anything in writing (other than his tweets), so there’s never a paper trail leading back to him on anything. For Hillary Clinton, e-mails were her undoing. She had all sorts of damning e-mail leaks, plus there were cases of e-mails that went missing in a suspicious way. Trump will never have that problem. 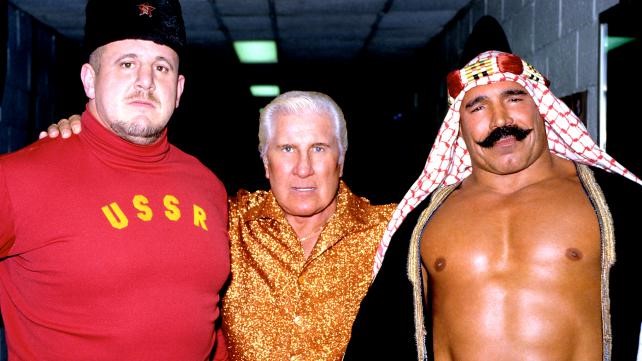 The Axis of Evil

Adam Schiff told CNN that “[i]f the evidence isn’t sufficient to win bipartisan support for this, putting the country through a failed impeachment isn’t a good idea.” So, it looks like they are trying to manage expectations.

While Trump the man has been a disappointment (to put it mildly), but one thing he accomplished is to force our overlords (the “Deep State,” ZOG, the “Cathedral” — take your pick) to reveal their presence. He did this inadvertently, to be sure, but he has made the man behind the curtain show his rubbing hands, at least a bit. People might not yet see or understand who the puppeteers are, but they have definitely begun to see the strings.

The Left had spent years fine-tuning a standard playbook for attacking the neocon-controlled opposition, but when Trump came along, they found that it didn’t work. When all their usual tried-and-tested tactics for stifling conservatives — for example, calling Trump a racist, and intensive, emotional white guilt-tripping — didn’t work, they started taking riskier and riskier gambles.

They got a dozen women to come out of nowhere in perfect synchronicity to level fake rape accusations at Trump after he had already been campaigning for more than a year. Some of the women accused him and then backed out before it could go to trial, with the excuse that they were supposedly receiving death threats. So many, many hoaxes. You see, those hoaxes were all gambles, because with each hoax, there is always a risk that one of those women will go rogue, find Jesus, spill the beans to a friend while drunk, or whatever, and blow the whole conspiracy sky-high. That’s probably why so many of Trump’s accusers could be linked back to Hillary or her campaign in some way. They needed True Believers, because hoaxes are high risk.

Then there was the pussy-grabbing tape, a sort of nuclear ace in the hole, but that didn’t work. (To be fair, there is good reason to believe that the tape may have come from the NeverTrump Right, but as they are beholden to the same interests as the Left, the point stands.)

After that, Russiagate was the ultimate gamble. For our overlords, it was all or nothing. If they win, Trump is impeached, the hegemony of the Leftist-and-neocon-controlled opposition returns, and the burgeoning populist revolt is crushed once and for all.

But should our overlords lose . . .

Having asserted this elaborate, byzantine hoax, and having fabricated lie after lie along the way, they have pushed all of their credibility chips onto the table. If they come up empty handed, the best-case scenario for them is that the public might give them the benefit of the doubt that this whole Russiagate affair has been merely a huge misunderstanding all along. In this scenario, our overlords merely look like complete fools — but perhaps honest and well-intentioned fools.

The worst-case scenario is that the public does not give them the benefit of the doubt, and correctly identify Russiagate for the Satanic hoax that it has been all along. In this case, it could be a turning point in our struggles. People’s faith in our institutions would be badly shaken — which is good, because people have little reason to have faith in our institutions.

True Believers will continue to insist that there was some collusion, even if the smoking gun was never found, but it could be a red-pilling experience for others who have been heavily emotionally invested for so long, only to have their hearts broken. If all it it achieved was to disillusion Leftists into disengaging from politics, that would still be a net gain for us. 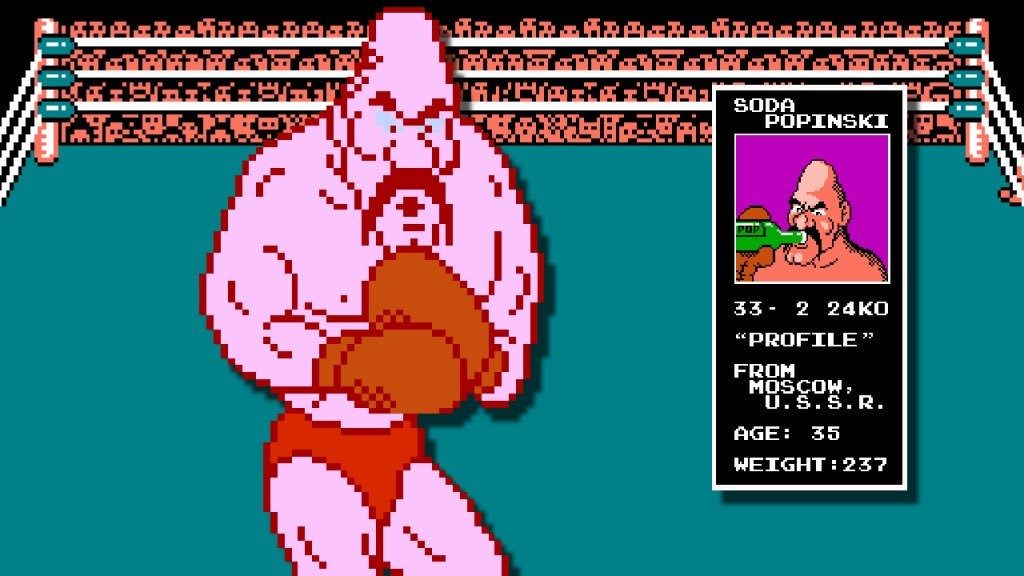 Crushing the populist revolt has failed. But it looks like our overlords have moved on to Plan B: subverting it. As we all know, Trump has turned to the Dark Side. I think some kind of bargain has been struck — with whom, I’m not sure, but something is up. As of this writing, the #YangGang is the hot, new kinda-sorta-just-a-protest-meme-but-also-kinda-sorta-dead-serious thing that’s making the rounds. What will become of the #YangGang is too early to tell, but what we know for sure is that the broader populist movement must detach itself from Trump with haste. He has already been subverted and will drag the populist movement with him if it does not separate itself from this agent of evil.

The broader Dissident Right’s audience may be small in the grand scheme of things, but in terms of cultural muscle, we’re probably second only to FOX News on the Right. Our audience is dwarfed by, say, Breitbart or Rush Limbaugh, but their readers and listeners by and large don’t meme or make videos — or any content at all, for that matter. And for the time being, some FOX News personalities like Tucker Carlson and Lou Dobbs are choosing Trumpism over Trump.

If the Dissident Right ditches Trump, the rest of the populist movement will eventually follow. It’s gonna take a lot of memes, but it will happen. Lou Reed famously said of the first Velvet Underground album that it only sold thirty thousand copies, but that everyone who bought a copy of it went out and started a band. I’m sure Lou was being hyperbolic there, but he was referring to a real phenomenon: a relatively small underground phenomenon can punch above its weight, culturally speaking, depending on who is in the audience. 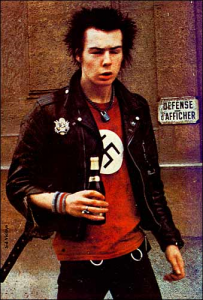 In 1976, the Sex Pistols played a legendary gig in Manchester where, according to myth, only forty-two people showed up. In the crowd, however, were future members of The Smiths, Joy Division, The Buzzcocks, The Fall, and the future founders of Factory Records. Likewise, as cringe as the whole “the Alt Right is the new punk rock” meme was, there was some truth in it. We probably have more in common with the 1970s punks than we do with 1930s fascists. The original punks were the generation that was supposed to inherit the British Empire, only to find that it had been given away before they could get to it. They had been denied their birthright and sense of purpose.

This is why I’ve always thought the idea of the Dissident Right having a “leader” was stupid. Imagine someone declaring themselves “the leader of punk rock.” It would make more sense to think of TRS and The Daily Stormer as being like the Sex Pistols and The Clash: two influential bands in the genre of the “Dissident Right.” Actually, VDare would be The Clash, because those guys were kind of old. I dunno. It doesn’t matter.

What I am saying is that it can be black-pilling to think about how small the Dissident Right is in the grand scheme of things — but then you hear normal people using our slang. Normies call each other “snowflakes” now. That used to be our word, damn it! Although, granted, we stopped calling people “snowflakes” once “cuck” came along (even though each has slightly different connotations, cuck was a much more cutting verbal weapon). But now even “normies” will use “cuck” sometimes. I hear liberals use “cuck” ironically all the time. “Virtue-signal” is another one of our terms that has gone mainstream. We may not have invented it, but we sure as hell popularized it, and now normies use it.

It’s funny: twenty years ago, everyone looked to rap music for the hottest and the latest slang, but nowadays, everyone wants to talk like a “Nazi.” At long last, black culture has degenerated to such a point that white people no longer feel any desire to steal it.

“Nazi” is the new black.

« James Kent’s The Aftermath:
Tragedy in the Ruins of Post-War Germany

National Populism through the Ages:
On Azar Gat’s Nations »