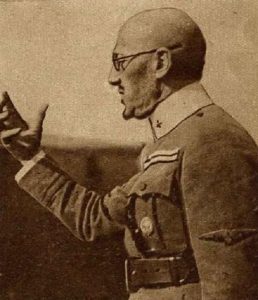 To commemorate Gabriele D’Annunzio’s birthday [2], here are a few short vintage films from the brief period when he was the dictator of the city of Fiume (now Rijeka in Croatia), from September 12, 1919 until the Italian army put down his regime on December 24, 1920.

More from the occupation:

D’Annunzio reviewing his troops in 1920:

Also, D’Annunzio and Mussolini meeting in 1929: