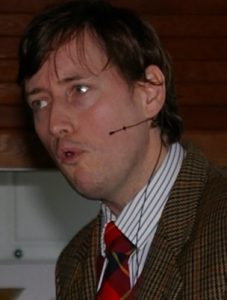 We know from Spengler that each great civilization goes through a cycle: hard times create strong men, strong men create good times, good times create weak men. On the Dissident Right, our belief is in personal responsibility, in taking ownership for who and what we are. If we accept this intellectually, it gives us a blind spot with regard to biology and just how immutable heritability is, however. Blood trumps culture and policy, even naked power. Heritability is the ultimate red-pill, and in some ways the ultimate black-pill (and then a white-pill).

Recently, I’ve been listening to Dr. Edward Dutton, who goes by the moniker The Jolly Heretic on YouTube [2]. He’s quite a pleasant chap, bright and jovial. What’s even more important is that he brings a whole load of data we’ve previously lacked from the HBD angle. We can recite by heart the racial differences in intelligence, but human biodiversity doesn’t end there. What’s of particular interest in this article are the intraracial differences in religiosity and mutant loads.

Dr. Dutton has produced a remarkable research paper, “The Mutant Says In His Heart – There Is No God [3].” You can read the article, or watch Dr. Dutton’s summary on YouTube [4], but here’s my dime-store summation: atheism (and other forms of non-conformist religiosity) is the result of a high mutant load, which is to say, the amount of the genome of a particular human who has mutated. The paper establishes this by exploring religiosity rates in people who have high mutational loads (determined through phenotypic expressions such as autism, left handedness, fluctuating asymmetry, poor immune systems, autoimmune disorders, etc.), finding that they tend to be irreligious or hold beliefs in the paranormal. Yes, you read right, folks. The fedora-tipping types who use terms like Christard are mutants, and not the kind that shoot lasers out of their dicks, but rather the type who are unfit to live in a pre-industrial society. The red A on their lapels doesn’t stand for adultery as in days of yore, nor for atheism as they claim, but rather for autism, asthma, or autoimmune disorder.

While it’s always good to relive the old high school glory days and do Darwin’s will by putting the nerdy mutants in their place, we have to  move on to the serious problems this implies for civilization. Dr. Dutton’s paper is based on research by Dr. Michael Woodley of Menie [5], which speaks of “social epistasis.” Its dictionary definition is that “epistasis is an interaction between nonallelic genes, especially an interaction in which one gene suppresses the expression of another,” according to its dictionary definition. Essentially, what is meant is that expression of mutant genes retards the expression of non-mutant genes in other organisms by disrupting the social group of the organism with the mutated genes, or in even plainer language, mutants spreading unhealthy memes among non-mutants decreases the reproductive success not only of mutants, but also of non-mutants who are part of the same social group. Again, this is concisely explained by both good doctors on YouTube [6].

I was immediately reminded of Jason Köhne’s (better known as No White Guilt) idea of meme pathogens infecting the minds of young white people and forcing them to behave in anti-white, anti-natalist ways. Atheism is such a pathogen: it radically reduces fertility and ethnocentrism. Feminism is such a pathogen for much the same reasons. Democracy, socialism, xenophilia, materialism – these are all dangerous ideas which can decrease fertility and fitness even in otherwise healthy, unmutated men and women through this process of epistasis, where the mutant genes in one person express themselves as pathological memes which proliferate throughout society.

Whence these mutants, then? Parental age, especially paternal age, seems to be one big source. Otherwise healthy men possess more errors in the meiotic process when they produce sperm at an older age, and 35 seems to be the cutoff for older. This should motivate you boys to reproduce early – yes, of course we’ve technically got more time than the women, but not really, especially if we want strong, masculine sons who can do a foeman in with a single punch. And we sure as excrement do not want sons who tip their fedoras and respeck whamen while shaming the family name with their asthmatic wheezes, in the middle of the footie match, no less. So, get to breeding, lads.

But more importantly, we’re no longer subject to pre-industrial – which is to say Malthusian – selection pressures in which the aforementioned fedora-adorned mutants would die en masse before their first birthday due to their weak immune systems. But now we live in a crystal-clean world full of antibiotics, where there’s nary a germ to bother these gammy half-men, and the ruthless gods of nature cannot touch them, leaving them free to spread their memetic poison. And their memetic poison is killing them, for the mutants depend on civilization to survive. They can’t survive in the dirt, they can’t survive without penicillin, and they can’t survive without steroid inhalers. Even more importantly, without the mostly non-mutant police to shield them, they can’t survive the righteous retribution of the faithful for the incessant mocking of our gods.

What’s more, these meme pathogens that they spread undermine the very industrial civilization that they depend on, given that they tend to infect the highest IQ non-mutants. Intelligent women, who’d normally have many intelligent children, put off reproduction while they quixotically pursue the privilege of being the most productive slave of global capital. They call this empowerment. Intelligent men shun churchgoing, where they’re likely to meet intelligent, healthy women and reproduce, instead engaging in various forms of degeneracy. Even if they resist globohomo by being masculine, they’re sidetracked by carving notches on their bedposts, playing videogames, or other release valves for masculine energies. The meme pathogens also undermine the ethnocentrism even of non-mutants, making the social group vulnerable to infiltration and immigration/invasion. It’s not just society’s IQ, but rather the willingness to survive which mutants and their meme pathogens sap.

And here we go back to Spengler, and we have to reformulate his central insight to explain this new biospenglerian paradigm:

Surely, something must be done about these mutants. How about a eugenics program? Well, no. As the good doctors Dutton and Woodley of Menie point out, the result of any attempt by a government to institute a eugenics program is a foregone conclusion in a democracy where mutants vote, and more importantly, have the ability to release meme pathogens and manipulate low-IQ voters. In effect, the expression of mutant genes ensures the proliferation of mutant genes until society collapses.

This article began as an attempt to refute Hunter Wallace’s response [7] to my earlier article on the accelerationism of the Yang Gang [8], as well as Greg Johnson’s essay on money for nothing [9]. It was supposed to restate Mencius Moldbug’s insights into industrial society’s employment problem [10], specifically the issue of what to do with all these low-IQ people who are unemployable in an industrial and post-industrial society. Moldbug offers us the following six solutions: Option A – let them die. Option B – give ‘em money for nothing (which includes Universal Basic Income [UBI]). Option C – create government make-work. Option D – do what the US government is doing now (you gotta read Moldbug’s post to get a full picture, I’m afraid). Option E – restrict foreign trade in order to protect jobs (and beyond just the token tariffs and concessions which Trump has won). Option F – restrict technology to protect jobs.

Moldbug prefers a combination of options E and F to solve the problems. However, the reason why these things would fail, as would any other option except a combination of options B and D, is hidden in his objection to option C, which isn’t really an objection but rather a realistic description of the impossibility of implementing it. Option C, creating make-work, is an option open only to strong governments. By the way, so are options E and F. Options C, E, and F also solve many of the problems of degeneracy. Personally, I support option B for the same reason that Moldbug opposes it. Idle hands do the devil’s work, and I want many idle hands to perform much labor in service of Old Scratch [11], right in the heart and spine of the American hegemony. YangGang, Hail Satan, and secure the bag.

Our illustrious Editor-in-Chief, Greg Johnson, tries to avoid the problem of idle hands increasing productivity in Lucifer’s Workshop by suggesting a eugenics program, but as we learn from the biospenglerian paradigm, this cannot be done, because the mutants will ratchet up the meme pathogen generation to rile up the low-IQ masses against it. Only a strong government can implement this program, but then we wouldn’t really have to have UBI. If we have the muscle, we can just as easily restrict foreign trade, technology, or just invent make-work.

Ultimately, it would appear that only the cleansing fire of a civilization-ending war will purge the mutants from among us. Once the mutants are dealt with, we will have a strong government again. I’ll reiterate my desire for a Yang victory here, for accelerationist reasons. Money for nothing doesn’t solve the problem of idle hands, which are a much bigger threat to public order than financial destitution – Toyotomi Hideyoshi sent the many ronin of Japan off to Korea to thin out their numbers, because he feared what armed, trained men struggling to break the tedium of a peaceful life could do. Boredom can drive men to stupid stunts; sometimes, even to anti-social stunts.

I still welcome the YangGang as a sign of the Dissident Right repudiating whiggery and Americanism. To support $1,000 dollars a month for nothing, even ironically, is revolutionary, especially for someone who three years ago would have thrown you out of a helicopter for supporting state-built roads. But let’s not kid ourselves here. The mutants are among us and will prevent any form of restoration that doesn’t include lots and lots of bloodshed. That’s the black pill. The white pill is that if the gods have smiled upon you, and you have the kind of immune system that can withstand the onslaught of germs in the absence of modern hygiene and medicine, you’ll live a glorious life of internecine tribal warfare, where women glow and men plunder. And out of that festival of violence will arise something new, something that will replace the decadent and dying West. Make that something white.