Populism in its Pure Form 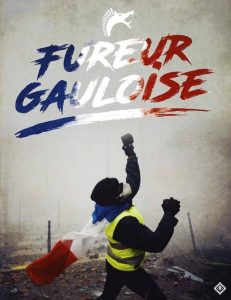 Boulevard Voltaire: For about ten days now, France has been living in the era of the yellow vests, and opinions about it are already piling up. Flash in the pan or groundswell? New Fronde [a series of civil wars in France between 1648 and 1653]? New Jacquerie [a peasant revolt in northern France in 1358]? What is your feeling? 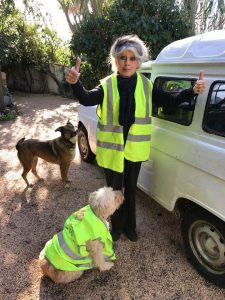 Alain de Benoist: Five years ago, almost to the day, on November 23, 2013, you asked me about the red caps movement. I then drew your attention to the fact that “all protests or uprisings of some magnitude which we are witnessing today are born on the margins, or away from parties and unions, which are obviously no longer capable of embodying or relaying the aspirations of the people.” My conclusion was this: “Just one watchword: red hats everywhere!” Well, here we are: the yellow vests are the red hats everywhere. After years and years of humiliation, impoverishment, and social and cultural exclusion, it is simply the people of France speaking again.

Even if the lower classes and the lower middle classes are the driving force — which gives the movement an extraordinary class dimension — the yellow vests come from different backgrounds; they bring together young and old, peasants and businessmen, as well as office employees, blue-collar workers, and managers. Women as well as men (I think of those septuagenarian pensioners who do not hesitate, despite the cold, to sleep in their cars so that barricades can be held fast, day and night). People who do not care about the Right or the Left, and who for the most part never even participated in politics, but who fight on the basis of what they have in common: the feeling of being treated as second-class citizens by the media caste, considered as conscriptable and exploitable at the mercy of the predatory oligarchy of the rich and powerful, never to be consulted, but always to be deceived; indeed, to to be the “scapegoats” (François Bousquet) of France’s dregs, this “peripheral France” that is today undoubtedly the most French in France, but who are nevertheless abandoned to their fate to be victims of unemployment, declining wages, insecurity, relocation, immigration — and after years of patience and suffering, they ended up saying: “That’s enough!” That’s the yellow vests movement. I respect them, I respect them all!

Boulevard Voltaire: What strikes you the most about this movement? 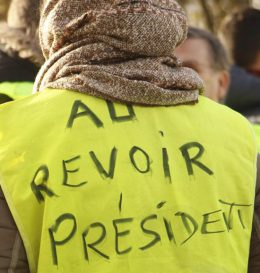 Alain de Benoist: Two things. The first, and the most important, is the spontaneous nature of this movement, because this is what is most frightening to the public authorities, who don’t know to whom they should talk, but also the parties and unions, who discover with astonishment that close to one million men and women can mobilize and unleash a solidarity movement that has rarely been seen (seventy to eighty percent of the public support them) without even having to think of how to appeal to the people. The yellow vests are a perfect example of popular self-organization. No leaders, small or great, neither Caesars nor tribunes — only the people. Populism in its pure form. Not the populism of parties or movements that claim this label, but what Vincent Coussedière called the “populism of the people.” Frondeurs, sans-culottes, communards, it does not matter under which label one wants to place them. The people of the yellow vests have not entrusted anyone to speak for them. They have asserted themselves as a historical subject, and for that, too, they must be approved and supported.

The other point that struck me was the incredible hate speech directed against the yellow vests by supporters of the dominant ideology, that sad alliance of laughably affected petty technocrats and the financial markets. “White trash,” “morons,” and “nerds” are the words that are heard most often (to say nothing of “brownshirts”!). Read the letters of the readers of Le Monde, and listen to the moral Left — the kerosene Left — and the well-behaved Right. Until now, they held themselves back, but not anymore. They have now let go, expressing their arrogance and class snobbery in the most obscene manner, as well as their sheer panic at being immediately dismissed by beggars. After the formidable demonstration in Paris, they no longer have the heart to tell those who complain about the price of gas that they only have to buy an electric car (the modern version of “Let them eat cake”!). When the people fill the streets of the capital, they raise the drawbridge! If they express their naked hatred of this popular France — the France of Johnny, the one who “smokes cigarettes and drives diesel” — of the France that is insufficiently diverse, excessively French, those who Macron has described as illiterate, lazy people who want to “fuck in the brothel” — in short, the little people, they know that their days are numbered. 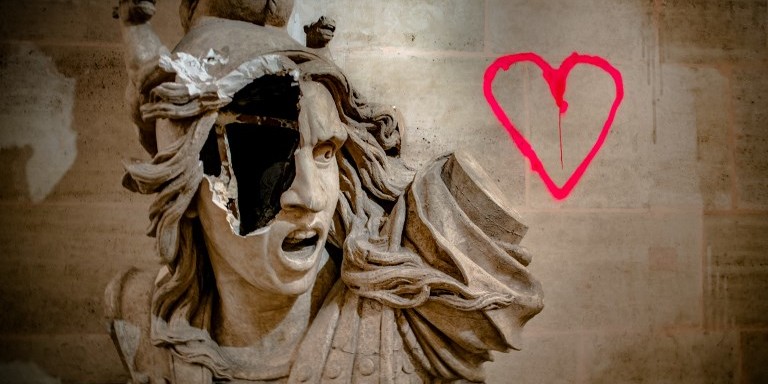 Boulevard Voltaire: We can see how the movement started, but it is not very clear how it will end, supposing, moreover, that it must end. Are there elements in place to allow this revolt to be translated into political terms?

Alain de Benoist: It is not in these terms that the problem arises. We are in the midst of a groundswell that is not about to falter, because it is the objective result of a historical situation that is itself bound to last. The gasoline question was obviously only the last straw that broke the camel’s back, or rather the drop of gasoline that blew up the can. Right away, the real demand was: “Macron, resign!” In the immediate future, the government will use the usual maneuvers: repress, defame, discredit, divide, and wait for it to unravel. It may unravel, but the causes will always be there. With the yellow vests, France has arrived at a pre-revolutionary state. If they radicalize even more, so much the better. If not, this will still have been a major warning sign. It will be worth repeating. In Italy, the Five Star movement, which was also born out of a “day of anger,” is now in power. In France, the final explosion will occur in less than ten years.