Perused with Pleasure in 2018
My Top 5 Books 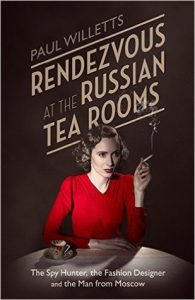 I’m put in mind of this 1958 Spectator column as I assemble five titles I have read this year. Half the books I’ve read or thumbed through in 2018 were really wretched, in particular those that fill a specialty niche. Books about Harper Lee and To Kill a Mockingbird are hotter than ever, with each new title even more jejune and cliché-ridden than the last. Another big genre of bad books is what you might call Jewish Paranoia Nonfiction. 2018 brought us Fascism, by Madeline Albright (or rather, her ghostwriter), Tailspin by Steven Brill, Suicide of the West by Jonah Goldberg, Can It Happen Here? by Cass Sunstein, The Corrosion of Conservatism, by Max Boot, and many, many more, I am certain. These are just the ones I actually slogged through on Kindle or deep-skimmed during my visits to Barnes & Noble and the Amazon bookshop.

I read this in conjunction with some other books pertaining to the Kent/Wolkoff case, shortly after I’d been reading a lot about Louis-Ferdinand Céline in the 1930s, including his ridiculous voyage to Hollywood to retrieve a girlfriend and get a movie made from his first novel. In this book it turns out that Anna Wolkoff and Céline were pen-pals (something I’d never come across before), and in fact the latter was planning to visit her on an upcoming trip to London. That trip to London was going to be in April 1940. But what with one thing and another, you know, it never came off. But it’s delightful to discover that Anna was corresponding with him right around the same time she and her crew were sending coded messages to William Joyce in Berlin. Just one big happy family!