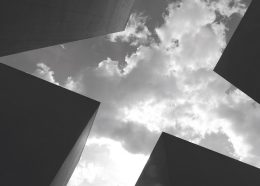 In the debate about Christianity and ethnonationalism it is too often forgotten that Christianity is a religion and not a political or cultural doctrine. Religion is coeval with man and its function is to mediate between the soul and the divine, or the eternal, whether it is conceived of as an impersonal divine force or as a person, that is God.

If a religion does not execute its function properly, it dies out. Human beings have a spiritual need, and if that need is not fulfilled, they will become restless. That spiritual restlessness may seek outlets in pseudo religions or other ways that are destructive to society. Long existing religions have in a sense been selected via a process reminiscent of natural selection. Had they been either insufficient in their proper function or inharmonious with the social order, they would not have survived. They are therefore a worthy object of study and veneration.

It is like some supernatural belief in the power of ideas to perpetuate themselves independently of the circumstances that gave rise to and sustain them. Even children can think of a simple idea like equality. For example, if children in a kindergarten are playing, and one child is handed a few toys, but another child gets no toys, the latter child will feel unfairly treated. You don’t need to look into the history of ideas to understand the root of that feeling. A simple idea like equality, has in the present no causal relation to the same idea one or two thousand years ago. If a similar idea is found to be dominant at two different times in history, it is because the external circumstances that suggest those ideas are similar at both times, or because they come quite naturally to the human mind. Therefore, we see the belief in eternal life to be so essential to Christianity in any era. Everyone must face death and it is natural to wonder what happens after death. The idea of eternal life therefore suggests itself quite naturally, unlike e.g. the Holy Trinity or Christological ideas which came into being in political struggles and theological disputes in the early Church and the early middle ages, and they have to be perpetuated by force and are therefore included in every creed, confession and catechism, and in the liturgy. If they were not, they would simply vanish and become once again obscure ideas somewhere in the Bible, because they are not part of common experience.

Thus, there are countless forgotten ideas in the Bible and in the libraries of the world, some of which will reawaken when the circumstances are right. In any case, Bible verses that are cited to justify either ethnonationalism or ethnomasochism are not the cause of the belief in those ideas. The belief is formed first and then the proper verse is found to justify them. The same is probably usually the case with those who peruse the history of philosophy to justify some cause.

But to use something sublime as religion as the means to some worldly end is simply un-Aryan and not far from how Jews conceive of their religion. Adolf Hitler writes in Mein Kampf: “The worst chaos is created when religion is used for political purposes.”[1] For Hitler, the basic difference between the Aryan concept of religion and the Jewish one was that the former was otherworldly and spiritual while the latter was only concerned with life in this world:

The Jew could never create a religious institution on his own because he lacks any form of idealism which would be needed to create such a cover. The lack of idealism means that a belief in any life hereafter is absolutely foreign to him. According to the Aryan concept, no religion could be conceived that lacks a belief in some form of life after death. […] His [the Jew’s] life is only concerned with this world and his inner spirit is as foreign to true Christianity as his nature was two thousand years ago to the great Founder of the new teaching Himself, Jesus Christ. Jesus made no secret of His feelings toward the Jewish people, and even used the whip to drive this rival out of the Lord’s temple. Even then, the Jewish religion was just a means to make money as a business.[2]

The claim that Jewish religion is concerned only with this world is supported by one of the leading Old Testament scholars of the twentieth century, Gerhard von Rad, who wrote that belief in the resurrection of the dead is found “only peripherally” in the Old Testament.[3] The former editor of the neoconservative magazine Commentary Magazine, Norman Podhoretz writes that, “in the Bible itself, no such belief [in an afterlife] is clearly visible. Biblical Judaism concerns itself with life in this world; it prescribes a way of living such a life which will ensure that it be both long and prosperous.”[4] He further explains that: “What seems most strange about Judaism to many Christians is how small a role faith plays in this religious scheme. […] Judaism is a religion of “works” rather than faith.”[5] Podhoretz also makes the acute observation that, “Lutheranism may be at a further remove from Judaism than any other Christian denomination. From a theological point of view they are almost polar opposites.”[6] It is precisely on this point, when the focus of religion is moved away from otherworldly concerns and it begins to busy itself with affairs in this world, that traditionalist Christians more and more resemble Jews.

But the attacks on Christianity on the right are also damaging and counterproductive. Hitler also has an admonition for those who engage in such behavior:

It would be unthinkable to live in a world without religious faith. The broad masses of a people are not made up of philosophers, so the faith of the masses is often the sole foundation for any moral World-Concept they may have. The various proposed substitutes have not shown any results that would indicate they could be useful replacements for religious denominations. […] A politician must not judge the value of a religion by its faults. Instead he should ask if there is an available substitute which fits his needs more closely. As long as there is no substitute for religion, only a fool or criminal would consider abolishing an existing religion. […] [The movement] considers both religious denominations to be equally valuable and acknowledges that they provide vital support for the existence of our people.[7]

One thing that plagues the ethnonationalist movement at present is the reincarnation of what resembles the völkisch movement of the pre-war era. That is the insistence on bringing up concepts and behavior that belong to long gone times, or may even never have existed historically, and have no obvious relation to the struggle of our time. Hitler even goes as far as to say that the name of the NSDAP was designed precisely to drive away as many “völkisch dreamers” as possible.[8] He claims that he “had to warn followers repeatedly against these wandering ‘völkisch’ scholars who never accomplished anything positive or practical…” Instead working with the aim of practical success in the present all their effort is wasted on promoting “old Germanic expressions, in particular, which neither suit the present time nor conjure up a definite picture.”[9] Hitler then makes a rather remarkable observation that aptly describes our present situation:

The impression which I often get, especially of those so-called religious reformers whose creed is grounded on ancient Germanic customs, is that they are the missionaries and protégés of those forces which do not wish to see a national revival taking place in Germany. All their activities tend to turn the attention of the people away from the necessity of fighting together for a common cause against the common enemy, namely, the Jew. Moreover, that kind of preaching induces the people to use up their energies, not in fighting for the common cause, but in absurd and ruinous religious controversies within their own ranks.[10]

Even though Hitler has a specific group of people in mind here, this argument can be applied to anyone who engages in this behavior and turns people away from the common cause. It is not just neo-pagans or atheists who say that Christianity is the cause of our decline or Christian traditionalists who think it is imperative to restore their particular denominations, it is also traditionalists who want to do away with “modernity,” or promoting a cyclical view of history. It also applies to those who are trying to restore forms of government like aristocracy or monarchy that were structured around a society with a completely different economic and occupational basis.

I do not say that these things are bad in and of themselves. The ideas of Spengler, Evola, or the German conservative revolutionary movement, are very interesting subjects. So are the customs and beliefs of our ancient Germanic ancestors a worthy object of study of reverence. But just as in the case if religion, they have their own sphere and ought to stay there. They should not be promoted as being part of the aim of a political movement, only to cause confusion and division.