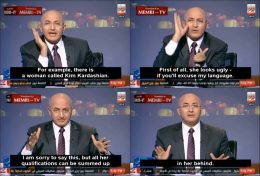 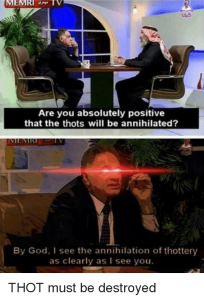 Why do we have such things as white Sharia?

I mean, it’s a funny meme, and sharing images of Ramzan “Ginger Sharia” Kadyrov to trigger jihad-watching BoomerCons is highly entertaining, but hardly anything is done just for the lulz. Now, whether there are people out there who sincerely support white Sharia is of no consequence. People support all sorts of stupid ideas, as the success of Scientology will attest. But to me, white Sharia was always something to bash people over the head with – a big ole club which arises in my mind’s eye whenever someone says shibboleth or shillelagh or whatever nasty implement burly potato Slavs use to kill each other.

Why do we have such things as the MemriTV screengrabs?

MemriTV appears to have been begun as a project by Israeli intelligence to translate Arabic- and other kebab-language media into English, as a way to “shine a spotlight on hate speech wherever it appears.” Translated into sensible speech, it means trying to turn Western eyes on the ways in which Muslims express themselves in their media – contrasting Islam against liberal values and implicitly decrying Muslims as savage, for not living up to said liberal values.

In the early days of the meme, some guy in a Facebook group decried it as a “psyop by an Israeli general.” Which I suspect it honestly began as. The way I sees it, if it’s true that it’s an Israeli psyop, it shows us how the Jewish ability for memetic warfare atrophies when they’re not surrounded by gentiles, either that, or they assumed the sale too far. Memri TV backfired horribly. The internet cheers on the “hate preachers.”

The failure of MemriTV as a propaganda effort I suspect comes from the fact that in showing us how those bad Muslims are horribly illiberal, sexist, racist, anti-Western, anti-media and antisemitic to the point of hating every Jew except Jerry Seinfeld, it shows us ways in which Muslims are free and we were not. 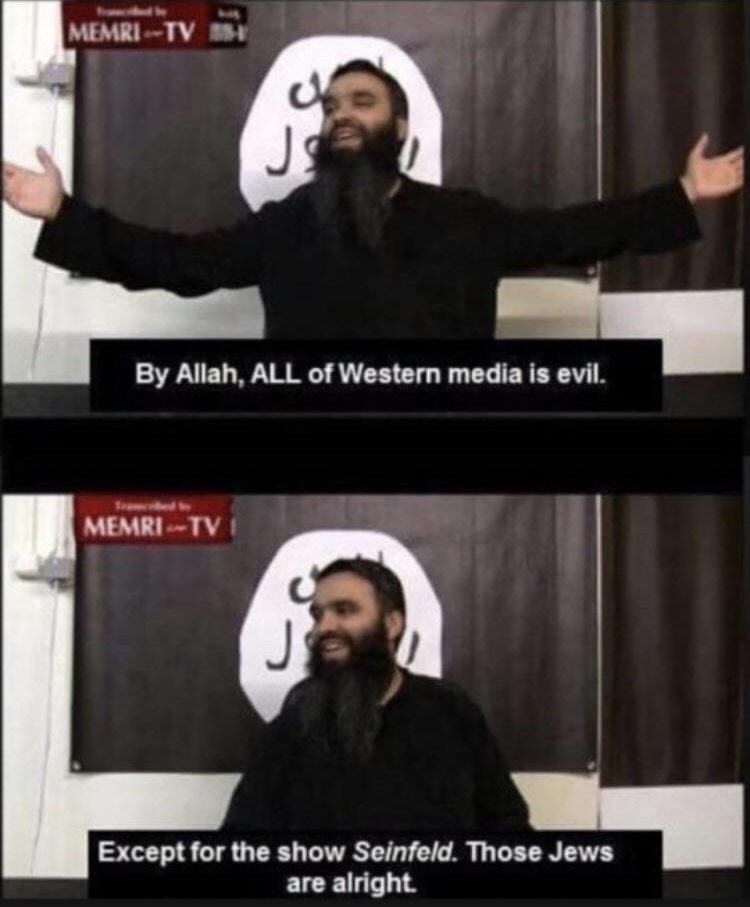 Whether you’re a student of history, in tune with your natural instincts, or fond of lending an ear when Grandpa’s halved the whisky, you’ll remember that we, the emasculated, proscribed and hated white men of the West, used to be like that. We were free, we were frank, we were candid, we were unapologetic, we were dominant, and we were masculine.

I won’t get into what happened. Bigger brains than mine have tackled that question [3]. What concerns me is this instinct of the white man to feed his dormant masculinity with imagery and memetic from foreign climes, where it’s no longer illegal to be a man’s man. I’ll invoke the wisdom of my fellow bearer of the superior Balkan genotype, one Mike Enoch, who in a recent appearance on Jean-Francois Gariépy, claimed that today’s dissident rightists were rap-loving whiggers in the olden days. According to his reasoning, it’s because rap was the last refuge of masculinity, before my pick for president come 2024 waltzed into the scene with his skinny jeans, college degree, and submission to an a posteriori form of Kardashianism. 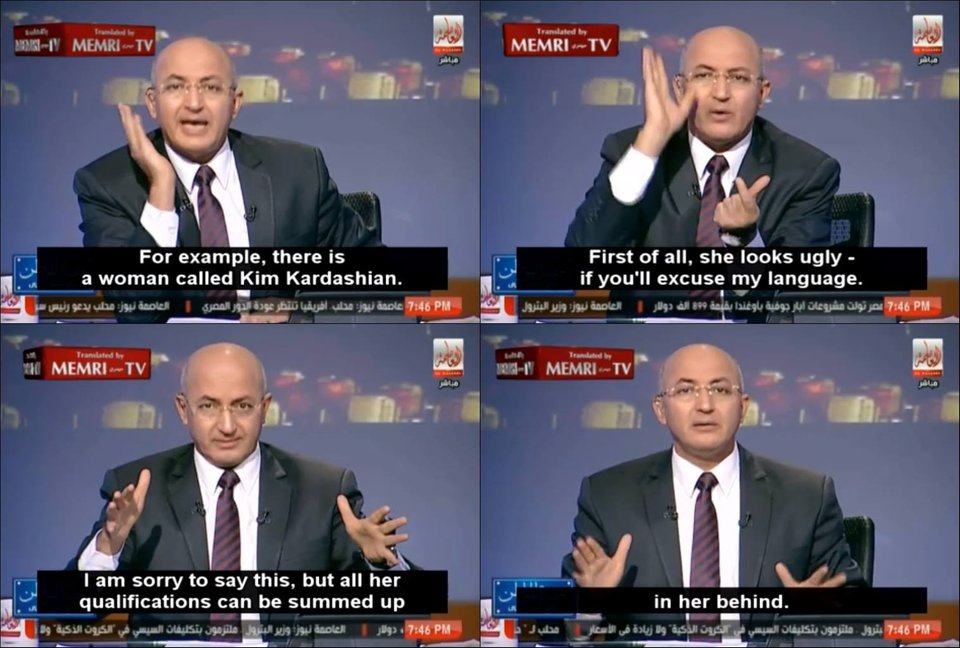 Nihilistic and materialistic, rap was nonetheless atavistically masculine. In our fragilizing, sanitized, contemptibly safe world, any shred of adventure, even if it boils down to popping a cap in yonder nigga’s ass cos he said yo mama suck broke ass muhfugga dick, or some other bix nood reason is like broccoli to a starving man. He’ll demean himself and offend his taste buds in order not to starve.

When Greg Johnson rightfully decried white Sharia as a dead-end meme, I nonetheless felt a need to play devil’s advocate for the cause of white Sharia, even though there’d been no cogent defenses for white Sharia from the white Sharia types. This is my way of dealing with the fallacy fallacy [5], which is the fallacy of assuming an argued position is false because it’s fallaciously argued. In defeating the steelman (opposite of strawman) of a position, we can learn quite a lot, even if the steelman itself is wrong. Specifically, if someone is sane and acting in good faith, they bring you important information even when making a bad argument or arguing for a wrong position.

When people who should know better agitate for white Sharia, when your edgy friends on Facebook give thots a taste of their shoes, we are witnessing a primal scream – white men yearning to be masculine and yearning for meaning. We need to feel confident in ourselves and we need to link our souls to the transcendental. The two seem to be linked in some strange way. YouTuber Nick Fuentes is a milquetoast in many ways, but a steel-spined lion when thots need patrolling. Witness here [6] on Jean-Francois Gariépy’s show how he mercilessly patrols a pornstar thot who tries to virgin-shame him. Sincerely held belief can turn a man into a conquering cunt destroyer while his willie is still by woman unspoiled. I can’t prove the connection, but I’ve seen religiosity go hand in hand with contempt for feminine wiles enough times to recognize that there’s an Empedocles’ dog type situation there. Maybe religion provides heuristics which allows otherwise timid men to act with courage against female narcissism. Maybe anchoring oneself to the infinite transfers its resolve to he who is anchored to it. Who knows?

I presume that the readership is bright enough to understand that white sharia and whiggerdom are very bad ideas.  What we need is an authentically white and western expression of masculinity, one that hopefully is linked to the transcendent in a way only white people can be – nonwhites are disappointingly shallow in the spiritual realm. Nowhere is the presence and absence of the Faustian spirit more evident than in the realm of faith. Sadly, I don’t think we can have a bespoke Männerbund dedicated to powerlifting and prayer – such things are only forged in the crucible of history, when a white man pushed to his physical limits exerts outward an indomitable will and when crushed on all sides by the ugliness of the world, reaches into himself, into a reserve of infinite space to create a universe of meaning. God knows how many brave boys were crushed into the mud before this thing that modernity took down was built. Remember that nobody gifted Spongebob Squarepants his pineapple house. He acquired it through jihad. 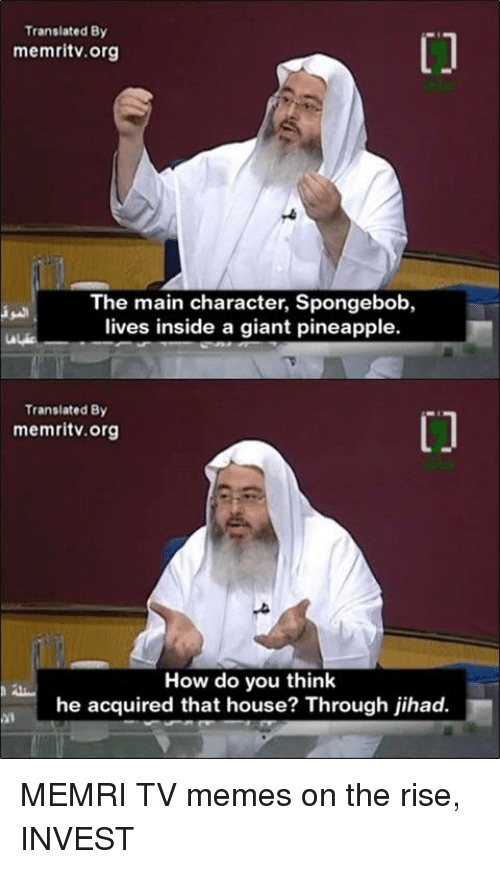 What I predict will happen is a sort of retreat-with-an-attitude from the world. The sexual utopia is distracting the alphas, but the average beta Joes, the guys who thought they could be moderately masculine good providers and access women in this manner, they’re getting pretty bitter. You don’t want bitter betas. Bitter betas turn nasty pretty fast. Oh sure, you can threaten them with job loss and maybe even prison, but you know what’s even worse than that? Genetic death – dying without issue. Wives and children are what society throws at the feet of betas in hope they don’t burn it the fuck down. A beta denied this bare minimum has no incentive not to burn society to the fucking ground. Better, as the man said, to burn out than fade away. Better to die in a prison riot with a slain foeman at your feet and a defiant snarl on your face than waste away playing Sony Nintendoes and pocket pool at age 58. It’s a bit dramatic and some guys will go down this route, and others still may yet, to quote a recalcitrant Jewess, shrug and stop carrying the world on their shoulders. Busy bees that they are, the labor of betas built this world. And they’ll take it down by merely going away. 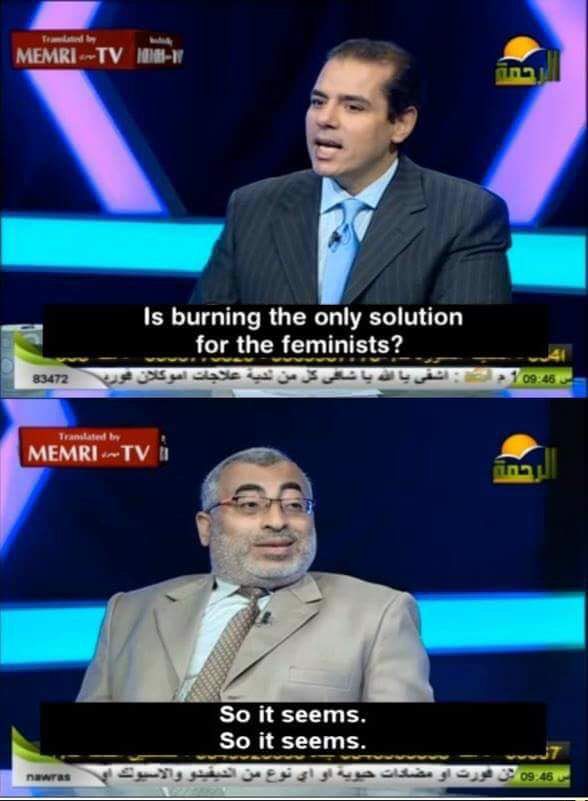 [8]When the world goes away, a new one will be forged to replace it. Whoever does that will have the sort of thing that we like about Memri memes, white Sharia, whiggerdom and other forms of masculinity. There will be a strong faith behind this someone, an anchor to the transcendental. And, it will be an authentically white expression of faith and machismo – ever reaching into the infinite, ever projecting its will, ever patrolling inshallah, the thots.