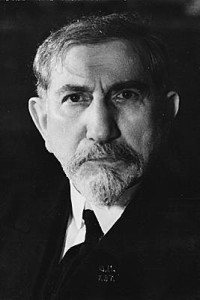 In fact, this resurgent Christianity may be more inclined to fight against our movement, regardless of however much we profess our devotion to the faith. Quintilian deplores Vatican II as the event that destroyed the historical religion, but the Church was hostile to our beliefs many long before the bishops met in Rome in 1962. Take for instance the tragic tale of the Action Française.[1]

The Church was also hostile to the Falange for the same reasons it condemned the Action Française, along with the accusation José Antonio Primo de Rivera was a “Bolshevik” for wanting sensible social reforms. Even though the Falange was firmly opposed to liberalism, defended the Church from Left-wing attacks, and emphasized Spain’s traditional Catholic identity, Church authorities did not like the movement because of its ultra-nationalism, alleged crypto-paganism, and masculine values.[2]

This hostility was par for the course for the conservative Pope Pius XI, who served as the vicar of Christ for much of this time period. Pius XI is considered a man who upheld traditional church teachings against the modernists Pope Pius X despised and is altogether a representative of the era Quintilian wishes the West to return to. However, Pius XI’s Christianity was strongly opposed to racialism and nationalism. He spoke out several times against racial thinking, emphasizing that “catholic meant universal” and to divide the world by nationality and race is “contrary to the faith of Christ.” He ordered the drafting of an encyclical that would aggressively condemn racialism and anti-Semitism shortly before he died in 1939. The encyclical was never published, but many of its ideas found their way in the first encyclical of Pius XI’s successor, Pius XII. That work, Summi Pontifactus, claimed there were no real racial differences as we are all part of one human race.

We can see this secular temperance in Poland and Hungary, the two exemplars of the Christian nationalism Quintilian envisions. The relationship between the Church and Eastern European nationalists isn’t as harmonious as one would imagine, but the Church restrains itself on their disagreements due to the demands of secular society. Poland’s leading Catholic bishops have long urged the country to take in non-white migrants and to cease its efforts to purge communists from the judiciary. Some Catholic leaders in the country have gone as far as to deride the immigration policies of the ruling government as “un-Christian.”

The Church hierarchy in Hungary is slightly better as they have argued with Pope Francis over the pontiff’s aggressively pro-migrant stance. But even there, prominent Church leaders still urge for more liberal immigration policies, albeit in more mild tones than that of their western colleagues.

In a society where nationalists control the discourse, the Church would similarly adapt to those circumstances, as Greg Johnson has pointed out. But you first must gain power and dramatically change the culture to see this effect. A white nationalist-driven “restoration” of Christianity outside of a seizure of power is not going to happen. Institutional Christianity will continue to oppose us until that day comes, regardless of how Christian we appear today. Just ask Italy’s Lega, which seeks to put crucifixes back in classrooms and claims the Gospel as its foundation. The nationalist party receives only hostility from the Church.