Guide to Kulchur
Episode 2: The Square 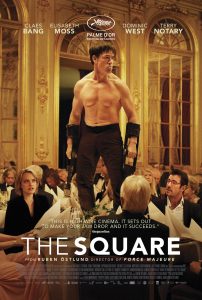 Counter-Currents Book Editor John Morgan joins Fróði Midjord on the new podcast series, Guide to Kulchur, to discuss The Square, a recent Swedish film (available in English) which mocks and critiques the intensely politically-correct culture of modern-day Sweden. The film depicts the director of a modern art museum in Stockholm whose pride in his liberal beliefs is challenged when his wallet and phone are stolen, and he is forced to venture into an immigrant area in order to attempt to retrieve them.

Listen to “Guide to Kulchur (guest: John Morgan) – episode 2, The Square” on Spreaker.

Thoughts on McGregor versus Nurmagomedov »