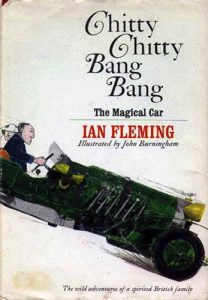 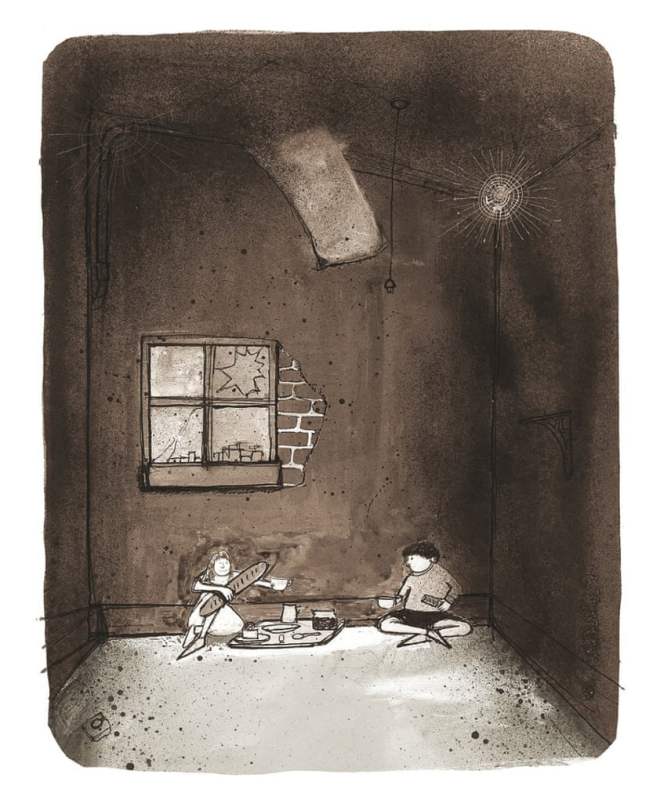 Speaking of variant versions, if you want to read the real Chitty, be sure to hunt down an edition with those original John Burningham drawings, because it may not be available at your kiddie-book counter. Alternatively, take a glance at the “potted” version of the book [3] featuring Burningham illustrations that Fleming’s nephew provided to the Guardian for Chitty’s fiftieth anniversary in 2014. Originally, Fleming wanted the political cartoonist Trog (Wally Fawkes), but Trog’s newspaper editor nixed the plan because Fleming’s work was usually serialized in a rival newspaper. This was an unexpected bit of luck. Nobody drew better than Trog, but Burningham’s ink-wash dreamscape was a far better choice for Chitty.

The atmosphere is all very much Angry Young Men stuff, like Lindsay Anderson’s famous 1957 essay [4] where he says, “Let’s face it; coming back to Britain is always something of an ordeal . . . And you don’t have to be a snob to feel it. It isn’t just the food, the sauce bottles on the café tables, and the chips with everything.”