The Ironies of History 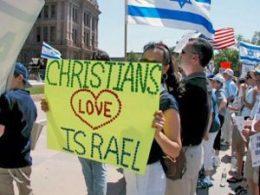 The ravages of old age are mitigated by its consolations. Physical action is slowed, but one’s actions seem more purposeful than those of youth. It takes longer to learn things, but the things learned in old age seem more meaningful. At the very least, the wisdom afforded by old age grants a depth, a new perspective as it were, to the not always systematic formal and informal education that one received as a child. In my seventh decade of studying history and pondering historical subjects, I have come to the conclusion that the chief motivating factor of history—indeed, the hermeneutical key that unlocks the secrets of historiography—is not the Great Men of history à la Carlyle, nor the quotidian minutiae of the Annales School, nor even the eschatological certainties of Christianity or Marxism, but irony.

Yes, irony, “the state of affairs that seems deliberately contrary to what one expects,” is, in my opinion, the governing force of history. How many persons in 1918 thought that the actions they were taking to ensure that there was never another “War to End All Wars” would practically ensure that another, even more deadly conflagration would take place? Who in 1776 could have imagined that the phrase “All men are created equal . . .”—a throwaway line in a cobbled-together document written hurriedly under impending British attack—would be used to justify granting civil rights to people who by their own devices had invented neither the wheel nor written language? Imagine the incredulity of the many Christian martyrs viciously murdered by Muslim rulers and their Jewish satraps if they were alive today to witness the sorry spectacle of millions of their co-religionists celebrating every act of violence perpetrated by the descendants of those who murdered the man they believe to be the Son of God. The list of such ironies goes on and on.

It is, therefore, more than amusing to watch the unfolding of current events with their myriad ironies front and center. By all rights, the consequences of the ill-conceived and poorly-executed Charlottesville Unite the Right Rally should have halted the advancement of White Nationalism in its tracks. Yet, by overreacting to the rally, the Left has actually done White Nationalism a great service by removing the so-called political leadership of the Alt Right from public activity. The ineptitude of the Alt Right’s leaders was of a Keystone Kops magnitude, and the sophisticated and well-thought out theoretical program of White Nationalists was being drowned out by LARPing Nazis, semi-incestuous Stahlhelm-wearing Okies, and podcasters who think that they are being edgy because every other word they say is a grammatical variant of the f-word—that is, when they aren’t blaming the baby boomers for all of the world’s woes, including their own inability to get on in the world.

Lacking Alt Right targets, the Left started to attack civic nationalists, establishment conservatives, and all manner of normies. More White Nationalists have been created in the year since Charlottesville than in the previous decade, which would not have been possible if the Nazi LARPers and their ilk had still been engaging in political activism. Ironically, the Antifa’s attack on Mitch McConnell and his wife while they were dining at a restaurant may prove in the long run to have been a much more crucial factor in enshrining the Fourteen Words in federal law than all of the Tiki torchbearers LARPing as Hitlerjugend. Furthermore, the Alt Right’s demise has allowed White Nationalists to sever their ties with a failed—perhaps more accurately described as a stillborn—political movement. White Nationalism is a much larger and much more important political and intellectual movement than any subset within the Left-Right political spectrum. For White Nationalism to succeed, it will need to be led by intelligent, mature, sober, rational, self-aware realists—that is, adults. The stakes are too high, the barbarians are at the gates, and the fate of Western Civilization (read White Civilization) requires that no more self-inflicted wounds like Charlottesville can be allowed to occur again. As such, allow an old man to offer a few words of advice: