Poverty Does Not Cause Crime 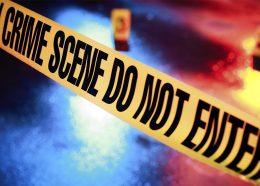 Not only is all logic against the “poverty causes crime” thesis, but all of the evidence is as well. And we have an overwhelming amount of it. I’ll provide a sketch of the major points here.

But first, a story.

Members of this neighborhood experienced social isolation and prejudice. They endured substandard living conditions. They were subjected to racist legislation. They were denied access to public schools. They were not allowed to testify against whites in criminal trials. They were singled out for discriminatory taxation. They were “relocated” from their homes during wartime and sent to camps out in the desert on the suspicion that some of them could have become spies.

That neighborhood was Chinatown.

And yet, in 1965, just five persons of Chinese ancestry were sent to prison in the entire state of California. Going all the way back into the 1920s, the Chinese and Japanese in California were under-represented in crime by a factor of two. As Wilson and Hernnstein discuss in their book Crime & Human Nature,

The low rates of crime among Orientals living in the United States was once a frequent topic of social science investigation. The theme of many of the reports that emerged was that crime rates were low not in spite of ghetto life but because of it. Though Orientals were the object of racist opinion and legislation, they were thought to have low crime rates because they lived in cohesive, isolated communities. … What is striking is that the argument used by social scientists to explain low crime rates among Orientals—namely, being separate from the larger society—has been the same as the argument used to explain high rates among blacks.

The “poverty causes crime” thesis does not hold water when we compare crime and poverty rates between racial groups today, either.

Blacks and Hispanics experience similar levels of poverty. If poverty “causes” crime, we should expect blacks and Hispanics to have similar rates of it. And yet, the Hispanic violent crime rate is only slightly higher than the white crime rate. Both whites and Hispanics commit far fewer crimes than blacks. In 2006, 21% of Hispanics lived in poor households and 37% of young Hispanic men had not completed high school. Compare this with 25% of blacks and 26% of young black men. 3.8% fewer Hispanics lived in poor households, but 11% more had failed to graduate high school.

It’s clear enough that poverty and crime correlate to some extent geographically. That is, in places where poverty is high, crime also tends to be high. This is where the notion that poverty could be capable of “causing” crime gains its intuitive pull.

However, a rather surprising fact is that when poverty rises, crime does not rise—it actually falls! The crime rate in the United States rose in the aftermath World War I, but during the Great Depression and the severe downturn of 1937-1938, crime rates actually fell by a third.

As the U.S. economy surged between 1955 and 1972, crime rates increased over 140%. And during the Great Recession of the late 2000s, crime fell once again: in 2009, as the national unemployment rate doubled from 5% to 10%, robberies dropped 8% and auto theft fell 17%. Homicide dropped 10%, and violent crime dropped 4.4%. The reduction was even sharper in areas hit hardest by the housing collapse: homicides in Los Angeles County (with an unemployment rate of 12.3%) dropped a full 25% in 2009.

Throughout United States history, every single economic downturn has been followed with a reduction of national crime. Every single economic recovery has seen an increase in crime. What goes for the population at large goes for black Americans in particular as well. Between 1950 and 1974, black income in Philadelphia almost doubled. And yet: homicides also more than doubled.

Maybe this epidemiological sort of analysis isn’t enough for you. In principle, it shouldn’t be: who knows what secondary factors could have overpowered the impact of poverty on crime? But it would be a remarkable coincidence if this happened to produce an inverse relationship every single time poverty ever rose or fell in the United States.

In any case, we also have mountains of econometric analyses of the relationship. Here’s what they show:

Empirical estimates of the impact of macroeconomic variables on crime have been generally consistent across studies: Freeman (1995) surveys earlier research, and more recent studies include Machin and Meghir (2000), Gould, Weinberg and Mustard (1997), Donohue and Levitt (2001) and Raphael and Winter-Ebmer (2001). Controlling for other factors, almost all of these studies report a statistically significant but substantively small relationship between unemployment rates and property crime. A typical estimate would be that a one percentage point increase in the unemployment rate is associated with a one percent increase in property crime.

Based on these estimates, the observed 2 percentage point decline in the U.S unemployment rate between 1991 and 2001 can explain an estimated 2 percent decline in property crime (out of an observed drop of almost 30 percent)….

Note that this analysis singles out property crime. When it comes to violent crime? Here is what every reputable study has shown for the past many decades: “Violent crime does not vary systematically with the unemployment rate.”

Even this tiny correlation between property crime and poverty is open to interpretation. After all, to what extent poverty “causes” crime is still an open question—but we know that crime causes poverty.

A recent study calculated the direct losses of victims, the price spent on police, prisons, and lawyers, and the opportunity costs for the perpetrator himself. It found that the average cost of each act of robbery is around $42,000. Each act of assault, more than $100,000; and each act of murder, almost $9 million.

But this is without looking at the spillover effects of the community at large. It is quite obvious that this is only the beginning of the economic damage from crime. A high crime rate will drive businesses out of the neighborhood, or deter them from coming in the first place. Those that stay will find it necessary to charge higher prices to offset losses due to thievery and higher costs for security and insurance. They won’t be able to afford to hire as many workers. Property values will be driven down by lower demand because potential buyers have more difficulty obtaining loans for mortgages, and because fewer people want to live there. People also lose their jobs due to injury and traumatic stress when they or their close family members are assaulted and murdered.

(If this is correct, why might property crime be associated with unemployment but not violent crime? Well, my guess is that the kinds of people who are likely to even come close to murdering someone aren’t holding steady jobs in the first place. And they’ve probably already been busy with lesser crimes, anyway. Very few people jump from a lifetime of innocence into outright murder. So the small correlation found between property crime and poverty might already cover it.)

White-collar crime is another response that strangles the left-wing narrative in its own premises. Isn’t it the Left telling us that it’s the malevolence of the rich causing all the world’s real problems?

Well, if poverty causes crime, how can that be? No Leftist actually believes that raising economic welfare is all it would take to end anti-social behavior. If raising economic welfare would not make everyone be nice to each other, there is no basis for thinking that a lack of economic welfare is why anyone engages in anti-social behavior to begin with. Perhaps the person who becomes a car-jacking murderer when put on the streets is just the same person that would become a money launderer when placed in a corporate environment.

White-collar crime, too, debunks the notion that poverty can account for racial differences in crime. White-collar crime is indeed “whiter” than other forms of crime, but this is only because whites are more likely to be employed and hold managerial and executive positions to begin with. Thus, for anti-trust and security fraud offenses in particular, whites account for some 99% of the perpetrators. But for every single other form of white collar crime, whites are actually under-represented compared to their share of the employed population. So if 70% of a business is white, less than 70% of its white-collar criminals will be white.

In 2014, a Swedish study was published which—for the first time—tested directly whether growing up in poverty contributes to crime. What made this study unique was the decision to look at families that eventually rose out of poverty. It then compared children born and raised within those families while they were still impoverished to children born and raised within them after their escape from poverty.

The conclusion his research came to? “There were no associations between childhood family income and subsequent violent criminality and substance misuse once we had adjusted for unobserved familial risk factors.” The study, in other words, had proven that growing up in poverty is not what creates one’s adult likelihood of committing violent crimes. Children who grow up in families which were poor a long time ago have exactly the same likelihood of committing crimes as children who actually grow up poor. The only conclusion we can come to is that something else about poor families—other than poverty itself—must explain why their children go on to commit more crimes.

All but two of these counties (which just barely fall short of making the cut) have black majorities.

But of the ten poorest counties in the United States, not one of them have black majorities!

A few are in Indian reservations. But the rest are in Appalachian states with large white majorities. Owsley County, Kentucky, for example, is 99% white with an annual median household income under $22,000. And yet! “There’s a great deal of drug use, welfare fraud, and the like, but the overall crime rate throughout Appalachia is about two-thirds the national average, and the rate of violent crime is half the national average, according to the National Criminal Justice Reference Service.”

And it does not even begin to explain racial disparities in crime.

« An Olive Branch to the Left

What is the Alternative Right? »