On Cucks and Queens:
The Mark Salvas Affair 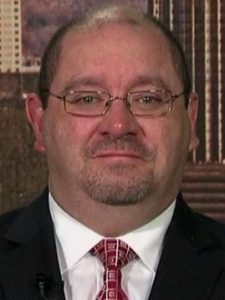 We on the Right know how this feels very well. It comes with the territory when you choose to be a dissident in any society. Some on the Left, however, are beginning to experience the same kind of abandonment, despite not being dissidents at all. Or, really, they are dissidents, and they just don’t realize it yet.

I’m talking, of course, about whites on the Left.

A white person can espouse all the orthodox Left-wing opinions and behave impeccably even as these opinions change practically by the month, and yet will be held to standards that are much higher and more rigid than those to which non-whites on the Left are held. And if a white person runs afoul of any of these standards, then he becomes unpersoned without possibility of redemption. When the people you have truck with do not respect your rights, then it should come as no surprise that sooner or later they take those rights away from you.

This happened recently to Mark Salvas, the former executive director of the Allegheny County Democratic Party. Weeks after he’d been hired back in September, party bosses threw him to the curb over two innocuous social media posts, both of which had been written before he’d been hired. In the first one, a photo of himself and his wife appeared with the words “I stand for the flag, I kneel at the cross.” Salvas posted that one over a year ago. And in the second, his wife solicited support for Salvas’ friend, Officer Michael Rosfeld, and his family. In June 2018, Rosfeld was charged with homicide for shooting one Antwon Rose, Jr., a seventeen year-old black man. Rose was fleeing a vehicle that had recently been involved in a drive-by shooting when he was shot in the back. When they found him, he had an empty nine-millimeter pistol magazine in his pocket which matched the gun they found in the car. So this isn’t exactly a choir boy we’re talking about. And because Rosfeld was such a close friend, Salvas figured he should do what he could for him.

Mark Salvas has the right to do both of these things. His actions fell well within the range of what should be considered acceptable behavior for a citizen of this country. One may or may not be a Christian or patriot like him, and Officer Rosfeld may or may not be guilty of homicide (he’s still awaiting trial), but if freedom still means anything in America, then clearly, Salvas has been wronged.

So far, Democratic Party officials in Pennsylvania have declined to comment on the issue, but two black Pennsylvania state representatives, Ed Gainey and Jake Wheatley, have stepped up to explain where Salvas blew it.

To put that up on Facebook was, to me, insensitive, also to African Americans, who, as you know, have backed the Democratic Party for quite a long time, and everybody knows that it was insensitive. If you’re going to be executive director of the Democratic Party, you have to be sensitive to things like that.

As an official, he has to be very careful and sensitive that his words and his posts are not necessarily just his. They are reflective of the party in its entirety.

So basically, black people found Salvas’ posts to be “insensitive” and convinced the party bosses that Salvas would be more trouble than he’s worth if they kept him on. Most commentary on the incident on the Right stops there, lamenting the fallen state of the Democratic Party. Right-wing critics have used it to score cheap political points by tut-tutting the Democrats for punishing patriotism and failing to support law and order. Of course, this is all true. But it is also the weakest and least interesting tack one can take in the culture wars. It’s weak because the Left knows the charges are true and doesn’t care. (The Democrat Party really is the anti-American, anti-Christian, and anti-law and order party, after all.) Further, such a tactic is hardly interesting because, of all the actors here, the behavior of the Democrat Party is the most easily explained. Their constituents and donors are their customers, and the customer is always right – even when he’s not. The party bosses were only bowing to pressures that would have ultimately destroyed them if they hadn’t given in. So, in this sense, they did the right thing by firing Salvas.

As a thought experiment, imagine what would have happened if they hadn’t fired him. There would have been protests and indignation among the black population of Pennsylvania and their SJW allies. There would have been ugly confrontations with party officials, and possibly law enforcement as well. As a result, Democrat voter enthusiasm going into the upcoming midterms would have diminished. Further, this would have morphed into a national story which likely would have caused any embarrassing or incriminating stories currently stewing in the Allegheny County swamp to bubble to the surface.

Of course, all these outcomes would have been great for the Republicans. But Democrats shouldn’t care about that, should they? There’s a reason why you should not take advice from your enemies. It will lead you to ruin – and it goes both ways. This is why I find the “Democrats are the real racists” argument so dishonest. Such a strategy is tantamount to telling some Democrats to start acting like color-blind Republicans, and thereby carve a bloody gash down the middle of their own party. How stupid would the Democrats be if they were to fall for that?

We shouldn’t blame the Democratic Party bosses for canning Salvas any more than a boxer should blame his opponent for punching him in the face.

But if we remove the usual type of criticisms from the table, what’s left? How should the Right retaliate in such a way that will hurt the Left regardless of how it responds? The answer is to put the one piece back on the playing board that the Right is not allowed to use these days: the race piece. Fighting the culture wars from the perspective of the Right without being able to speak openly about race is a little like spotting your opponent your queen in a game of chess. Putting the queen back on the board would not only drastically increase the Right’s chances of success, it would also allow for a more complete understanding of all the forces at work in the Salvas affair and beyond.

The queen should strike where the enemy is most vulnerable and point to the twin characteristics of any black population that make blacks problematic for a civilized country: ethnocentrism and criminality. Of course, not all blacks are ethnocentric criminals. But as a whole, blacks have high criminal tendencies and a profound sense of racial identity; a truly toxic mix. They will not shy away from identifying with other blacks as part of a broader group, and they frequently use this identity to acquire whatever advantages they can – especially if it is at the expense of non-blacks. Further, to make themselves look good among out groups (as well as foster high opinions of themselves), they will downplay or ignore their own very high rates of criminality. In a democracy like the United States, this translates into black leaders and the overwhelming majority of their constituents seeking to minimize the punishment of black criminality and maximize the punishment of non-black criminality, especially when blacks are involved in the latter case. The O. J. Simpson and Bernard Goetz cases illustrate this perfectly.

But it doesn’t end there. Blacks also seek to criminalize non-criminal acts which they claim to be motivated by racism against them, and seem to lack all perspective when it comes to making the necessary distinctions. The George Zimmerman and Darren Wilson cases are great examples. If a white person kills or harms a black in self-defense or in the line of duty, then blacks as a group will overreact in the interests of their ethnic group, circumstances be damned. Given their low average IQ and poor impulse control, they cannot help but do so. Thus, blacks by their very nature become a counter-civilizational presence in any civilized society.

As a result, the Right should have accused the Democrat Party itself of being counter-civilizational, since it caters to counter-civilizational elements in our society. This would be a successful tack, since it puts white Democrats in a lose-lose position: either remain loyal to blacks and admit to being counter-civilizational, or split with blacks and drop a good chunk of their constituency. This is the first thing the Right should have done in response to the Salvas firing. The blacks who expressed their displeasure with Salvas don’t seem to respect the fact that Antwon Rose was a budding thug and that Michael Rosfeld is innocent until proven guilty, and has every right to be supported by Salvas in any event. So why is half of the American political establishment taking them seriously to begin with?

The second thing should have been to reveal what oblivious cucks white Leftists really are. In the ever-browning multi-racial world of Democratic politics, they truly are second-class citizens. The non-whites to whom they express such fealty do not hold them in the same high regard. For Democrats, whites are useful until they are not. And then they can be jettisoned. In the meantime, they can be hectored and insulted without consequence. Notice how the black state representatives above warned that Salvas needed to be sensitive or careful. Is the situation among Democrats ever reversed? Have white state reps ever warned black Democrats to be sensitive or careful? Further, have black Democrats ever been careful or sensitive to white interests?

To be a cuck is to be aware of this blatant double standard and simply not care. You give all your love to a political party that not only gives none back, but will pander to people not like you and then turn on you the moment you tick them off. And, tragically, it seems Mark Salvas himself doesn’t get this. Despite his firing, he still believes there is a place for him and people like him in the Democrat Party.

If the Right really wanted to get a leg up in the culture wars – that is, if it really wants to win – it would ruthlessly shame white Democrats like Mark Salvas as cucks. Anyone who stands for such an unfair situation deserves ridicule. What better way to prevent such unfairness in the future?

Of course, Salvas has some excellent qualities. He hasn’t apologized for his posts, and he stuck by his friends despite the political and professional prices he had to pay for it. He seems to be a true moderate and an open-minded guy to boot. Sadly, however, he has a mixed-race child and has blacks in his family, according to the news stories about him. As such, I’m afraid he is too far gone to view his circumstances from a wider viewpoint.

Regardless, this affair perfectly illustrates how the Right these days is spotting its most powerful pieces to the Left. The Left is vulnerable to race-realism and white ethnocentrism, and therefore insists that these things be verboten in polite society. All of the conservative commentary I have read on the Salvas affair neglected to include these important factors in their analysis. As a result, the Left loses another moderate, and becomes a stronger, more determined enemy in the culture wars.

It’s time to put the queen back on the board.