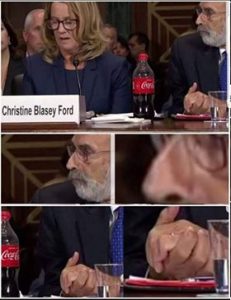 One of the strange aspects of the last century of American politics is that the defining arguments have all happened on the losing side. The winners have always been sure about what they want and what they are willing to do to get it. It is the losers who have always been squabbling with one another about the proper response or the meaning of the latest failure. National Review types always used to argue that all the interesting debates were on their side, rather than on the side of their alleged adversaries.

They were not wrong about that, even though they were deluded about who they were really fighting. For at least forty years and maybe longer, all of the arguments have been on the Right. That’s the thing though, they were always fighting the people to their right, the people now forming the new opposition. It is easy to get down about what is happening in our time, but the one thing we can point to is that there is an authentic alternative forming up now. The veil has been lifted for more of us now than any time in the past.

Of course, we remain a tiny minority, even within the white population. George Hawley, the left-wing college professor from the University of Alabama, estimates that the dissident population is in the 6% range, which would be about ten percent of the white population, give or take. Greg Hood, the main writer at American Renaissance, is bit more optimistic, as he thinks the data says there are many more “leaners” in the population, but his number is still small. You can read Greg’s review of Hawley’s numbers here [2].

The point is, the vast majority of white people remain in the civic nationalist camp. About 25% of whites identify as Progressive, so that leaves about 65% in the civic nationalist, dissident right and indifferent buckets. This is what the alt-right learned the hard way two summers ago. They held a rally and 500 people showed up, but 2,000 opponents showed up. Many of those protesting the alt-right were MAGA hat wearing CivNats. Even more crucial, a solid plurality of white people blamed both sides for the violence.

It’s why the math of democracy makes white survival an impossibility. That 25% of whites who lock arms with the 40% who are non-white gets the anti-whites close enough to a permanent majority that they are the default option in an election. It’s why they put all their energy into making sure blacks, Jews, migrants, and lesbians are super-angry. The left just needs the turnout and they win. They know the math of democracy too. That means the future is the Kavanaugh hearings over and over until you’re dead.

That’s the lesson and the reason for this letter. The civic nationalists need to look at that circus on their television and know that is their future. The people who are rejecting due process and the presumption of innocence don’t look like you. They don’t sound like you. They don’t believe what you believe. More important, they don’t love what you love or hate what you hate. What they are willing to live and die for does not include you, because you don’t look like them or sound like them. You can never be on their side and they know it. 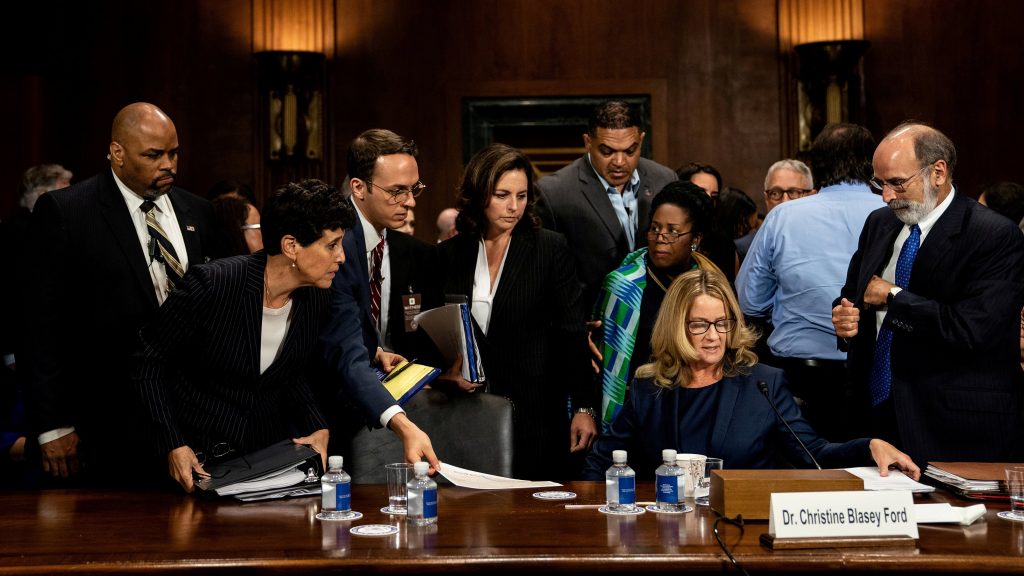 When you appeal to their sense of civic virtue, all you are doing is encouraging them to punch you in the face again. That’s because their civic virtue is not your civic virtue. It can never be otherwise. After decades of work to train blacks, for example, to embrace civic nationalism, they still cling to their own ideas and their own hatreds. It turns out that those racists you guys were always trying to run off were right after all. Civil society is a white man’s thing. It is not an idea. It is the result of white people living in their own lands.

Now, I know a lot of civic nationalists. Many of them post comments here. Some of my best friends are civic nationalists. Many will beg at the tiny feet of Ben Shapiro, convinced it is ideology not race, until he slams the oven door on them. Just look at South Africa, where whites are being slaughtered by blacks. Yet, many whites refuse to accept the reality of their situation. The father of Mollie Tibbetts, the white girl murdered by an invader, cares more of his civic virtue than his own child [4]. Some people can’t be saved. 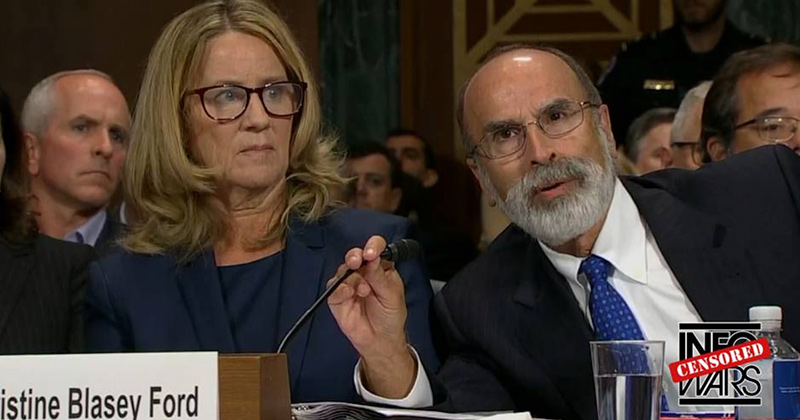 On the other hand, if you are watching this circus in Washington and wondering if it is all coming apart, you may want to take a moment and look hard at the scene. It is a white man going through trial by ordeal, something white people banned 1500 years ago. The people putting him through that ordeal don’t look like you. They don’t believe what you believe. They mock what you believe. They think things like due process and rule of law are the white man’s law, not their law. Their law is what you see on your television. 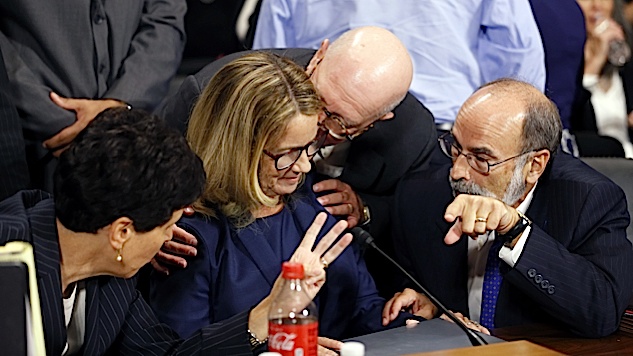 You need to ask yourself, is there really any way to tame them that has not already been tried? Is there an argument that is going to cause Debra Katz [7] or Michael Bromwich [8] to reconsider their war on white people? Will Maxine Waters or Kamala Harris ever agree with you? You sat and watched Judge Kavanaugh give a stirring speech in defense of decency and civic justice that Cicero would have found moving. Think about all that has been said and written in favor of civic nationalism, yet, here we are anyway.

More important and this is where you as a civic nationalist either head down the road to Damascus or head into the darkness. Look at the fruits of civic nationalism. The champions of the constitutional order and rule of law are all sitting on the Republican side, getting rolled by the non-white rage heads responsible for this circus. The professional civic nationalists have built out a well financed system to promote your cause. Yet here they are getting clobbered again. If they can’t win this fight, what can they win?

Look. I get it. In your heart you know our side is right about “the race stuff.”. It’s why you moved to a neighborhood with good schools and a bad basketball team. It’s why you support Israel and oppose Islam. You know that only in a society run by white men, can there be anything resembling civil order. You hate yourself for it so you have created all sorts of ways to show you’re not an anti-Semite or conceal your real feelings toward blacks. It’s hard to put down that steamer trunk of guilt you have been taught to carry.

I get it. All of us on this side of the great divide get it. All of us have made the journey you will have to make. It’s not easy to accept that all the stuff you have been taught about the constitution and patriotism was just a way to blind you to the approaching darkness. Now you have a chance to open your eyes and see what comes next if you don’t begin your journey to this side. That circus on your television is not going to just fade away. it is a glimpse into the future, of your children’s future and your grandchildren’s future.

No matter what you choose, the years ahead will be every bit as ugly as the spectacle unfolding on our televisions and on social media. The Great Brown Army believes this is their time to the destroy the white patriarchy, by which they mean white America. The fight to stop it is going to ugly and you will have to get used to thinking about things in a way that used to feel wrong. But, the fight is going to happen whether you snap out of your daze or remain in the CivNat delusion. The question before you is which side are you on?