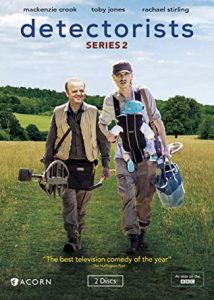 Metapolitics – the technique of altering our culture, to prepare the way for political change – is the primary strategy of the White Nationalist movement. It’s what most smart cookies promote to get us out of this godawful mess. But to change the culture, we must become part of it.

As we are not, currently, part of the establishment’s culture, the tendency of the Right is to view existing popular culture from an “identitarian” perspective. But is this justified? Is it actually relevant, or is it just wishful thinking? It must be asked if there is a tendency to claim things that aren’t ours as ours to give the impression that White Nationalism is more relevant than it actually is. From Batman to Mad Men, from Angry Birds to My Little Pony, it seems that things that are not overtly related to combating white genocide are capable of being viewed from a pro-white perspective. I’m somewhat reminded of those postmodernists who often bizarrely try to read their pet theories into artistic works. I once chatted online – briefly, until he came up with the following – with such a specimen, who argued that because John Steinbeck talked about pancakes in one of his novels, and pancakes are round, and so are anuses, that Steinbeck was subconsciously talking about homosexuality.

As a proud Englishman, my views have somewhat softened after reading the decidedly pro-Native English Right-wing appraisals of such people as Nick Drake and the essays of Christopher Pankhurst on Counter-Currents. These stand up to scrutiny and do indeed reveal an implicit, if not overt, Englishness, and this taking on of mainstream culture and art is often outrageously appropriate. Let’s be honest: You could not get more Evolian than the League of Shadows from Batman Begins, irrespective of what Nolan intended. So what initially seems to be not ours can indeed become ours – at least somewhat – if you look at it from a certain perspective. Such a perspective came into focus for me when I recently watched the BBC TV comedy, Detectorists (please also see an earlier review by Donald Thoresen, here).

I’ve stopped paying the BBC license fee – anyone who is British will know why. Suffice to say, if you’re American and think that your TV is pozzed, imagine being forced to in effect pay a tax for the privilege of your anti-white indoctrination. You cannot watch any television whatsoever without paying to fund the rabidly anti-white BBC. So nowadays I can’t watch any BBC content whatsoever, or indeed any live television from any of the other equally repulsive UK channels. And I’ve never felt more spiritually cleansed . . .

But before I ventured into neo-Unabomber territory, I watched a series that was getting rave reviews from people who I didn’t always detest on the Internet. Detectorists doesn’t sound like much when you try to explain it. It’s a comedy about people whose hobby is metal detecting. But I promise I’ll try and make the rest of this article worth your while.

Detectorists centers around two friends, Andy and Lance, who are big metal-detecting fans in the small town of Danbury in northern Essex, England. The series’ writer and main star, Mackenzie Crook, is himself a metal-detecting enthusiast (or “detectorist,” as it is oft humorously called in the series). Crook might be known to American readers as Gavin in the original British version of The Office. Detectorists follows his character, Andy, and his best friend, Lance (brilliantly played by Toby Jones), as they try to hit the jackpot: finding treasure while pursuing their metal-detecting hobby. Added to this are the ins and outs of their private lives: their love lives, the machinations and social one-upmanship within their own metal-detecting club, and their heated rivalry with another local metal-detecting club all provide the basic plots for the series.

I’m aware that I’m probably still not selling it, so I’ll come out with the main theme of this essay: Detectorists is, amongst a culture of televisual degeneracy and anti-white propaganda, a rare jewel that portrays white people doing white stuff in a white way.

At this point, I have to be honest and say that there is a certain amount of “the usual stuff.” There is a lesbian couple who are members of their club. There is an Asian member as well. And in the rival club, a couple of blacks are shown – very briefly, as tokens – to be members. The main character and his wife go off do-gooding in Africa for a bit. But all of these are minor characters and minor plotlines, and in comparison with most BBC series, or indeed most Anglosphere television in general, Detectorists comes close to being KKK-level stuff, so white is its general ethos.

BBC comedy has been so tamed by political correctness that it’s simply become unfunny. When you’re scared of offending literally anyone, comedy, which is often formulated at someone’s expense, becomes pointless. Current British comedy consists of saying as hugely outrageous things as humanly possible in the hope that shocking the audience is the same as amusing them. Frankie Boyle, a well-publicized “comedian,” decries the so-called racist comedians of the past, such as Bernard Manning, and is highly lauded despite being a self-professed Marxist, yet refuses to back down when he makes jokes about physically and mentally handicapped children. The fact that the child in question is not just half-black, but rather the child of the famously stupid white model and public bimbo Jordan, aka Katie Price, shows just how hypocritical comedy has become. You can take the piss out of blacks and the physically handicapped as long as the ultimate figure of fun – the one you’re really focusing your ire on – is white.

Detectorists would probably nowadays be called “gentle” humor. And I suppose it is, if you compare it to Boyle and other such repulsive, deliberately provocative examples. I prefer to class it as simply funny. And it is. Crook’s writing is superb. It is extremely well-observed, witty, and often laugh-out-loud funny, and this is sustained throughout the two seasons and the Christmas special. His characterization is equally noteworthy: Andy is the typical hobbyist who often lets his real life take second place to his overriding obsession. Lance, his best friend, is the type who tries to bolster his lack of real-life achievement and social awkwardness by having the very best gear and knowing the most about the subject, deflecting from his narrow social circle and interests.

This makes it sound like the two main characters are pitiful losers, but this is far from the case. Both Andy and Lance are basically just good guys. Yes, they’re obsessed with metal detecting, but they never let their love of the hobby stop them from ultimately doing what’s best for their loved ones. And it’s this quintessentially English way of doing things that makes Detectorists so refreshing.

The series perfectly portrays an England that still – thankfully – just about exists: an England of small towns, virtually entirely white, that still has a community spirit. And when I say community, I don’t mean the buzzword that has become the false mantra trotted out by globalists every time there’s another Muslim terrorist attack. I mean actual community: where everyone knows everyone else. Where you do silly things locally, like have a metal-detecting club, because that’s just what you do. Where the local pub is the center of your existence, a place where you can go to meet your friends and catch up on the local gossip.

None of this, of course, is explicit in Detectorists. If it was, it wouldn’t be allowed on British TV screens. And I very much doubt Mackenzie Crook intended his story to be a celebration of an England that must not be allowed to die. Nevertheless, it is most assuredly a tribute to what makes England unique. The series moves metal detecting out of the realms of possible geek territory and really brings home the glory of English history and how, just under our feet, fascinating examples of our past await discovery. Yes, the metal detectorists are looking for gold and other priceless treasures, but the series makes you realize just how such common artifacts like pipes and buttons can tell us about who we are. Even Lance’s expert knowledge of ring-pulls from fizzy drink cans (apparently the staple fare for metal detectorists) takes us back to the ‘70s and ‘80s, a time not so long ago that was nevertheless better than now.

The soundtrack is also noteworthy, being resplendent with excellent folk music. The theme song is perhaps one of the most beautiful theme songs ever recorded, “Detectorists” by Johnny Flynn:

And another wonderful track which perfectly conveys the respect that the series has for England’s history is “Magpie” by The Unthanks. The video that was made to accompany the song consists of clips from the series, and it shows the real history behind Andy’s unearthing of a falconry whistle. Apparently, Mackenzie Crook actually unearthed such a find himself whilst out metal detecting. It shows how what is a fairly interesting find in the modern era has historical implications regarding our nation’s past, and how such an artifact can come to be buried under England’s green and pleasant land in the first place. I’m sorry, but if this video doesn’t move you, or give you goosebumps, then you’re no friend of mine. And this is just one of the historical set pieces that ties the present to the past in Detectorists:

Although the series does occasionally adhere to politically correct standards, the sheer rebelliousness and outrageousness of it being a traditional, decent, and most importantly funny British sitcom far outweigh its brief forays into acceptability. It made me proud to be English and, in these dark times, caused me to appreciate – living in a small village as I do – living in an England that still exists; an England that I will fight tooth and nail to preserve.

Things like Detectorists make me believe that such things are still capable of being saved, and how we need to look back to and respect the past, because it tells you who we are and reminds you about what could be lost forever if you don’t find the courage to fight back.