The Counter-Currents 2018 Fundraiser
The Scandza Forum in Copenhagen & a $10,000 Matching Grant 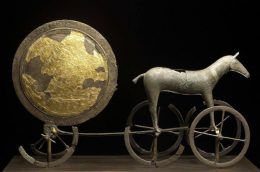 I am delighted to announce that a generous supporter has offered to match the next $10,000 donated to Counter-Currents. So if you have been thinking of donating, now is an especially good time. See below for information on how to give.

I am a few days late posting this update because last Friday I flew to Copenhagen to speak at the fourth meeting of the Scandza Forum, on Saturday the 15th. I am proud to have spoken at every meeting of Scandza so far. The other speakers were Jared Taylor, Helmuth Nyborg, Christoffer Dulny, Matt Tait, and Fróði Midjord, the Forum’s founder and organizer.

In addition to native Danes, people came from Sweden, Norway, Finland, the UK, and Belgium, as well as the Z Man, who came from the US. About 100 people were expected, but about 75 showed up. Just as last year’s Scandza Forum in Oslo was the first event of its kind in Norway, this was the first event of its kind in Denmark. So it may be the case that some people got cold feet at the last minute. If so, they will be delighted to learn that the Forum went off without a hitch. I hope they will turn up when the Scandza Forum returns to Copenhagen.

The primary importance of events like the Scandza Forum is to encourage face-to-face community and networking. The speakers are just bait. Yes, one can learn things from the talks. But one can learn the same things from reading the talks and watching the videos at home. The real gain is meeting old friends and making new ones for socializing, brainstorming, and launching new initiatives.

On Sunday, several of us went to three outstanding museums in downtown Copenhagen. The first stop was the Carlsberg Glyptotek, a magnificent building featuring sculptures from pre-dynastic Egypt to the 20th century, including outstanding works by Rodin and Carpeaux; there is a vast collection of Roman sculptures, including some remarkable portraits of anonymous individuals; the Egyptian collection is small, but beautifully displayed, with two particularly well-known works: a superb portrait of 12th-dynasty pharaoh Amenemhat III in greywacke and a 19th- or 20th-dynasty statue of Set in bronze. Next was the National Museum of Denmark, where we went through the galleries from Danish prehistory through the Bronze and Iron ages to the Viking age. The most famous works were the Chariot of the Sun and the Gundestrup Cauldron. Finally, we went to the Thorvaldsen Museum, dedicated to Denmark’s greatest sculptor, the neoclassicist Bertel Thorvaldsen.

Copenhagen is a beautiful city filled with beautiful people. It is easy to understand why Denmark is consistently ranked as the happiest country on earth. Not coincidentally, it is also one of the most genetically homogeneous countries on earth. Denmark has quietly backed off from the open borders policies that pose imminent threats to Sweden and Germany. This is probably why White Nationalism is just beginning to stir in Denmark. But the Danes have already imported quite enough fertile non-whites to threaten them with long-term demographic decline. The quality of the people I met at the Scandza Forum, however, is reason for optimism. They are definitely ahead of the curve.

Like Sweden and Norway, Denmark is a land of sticker shock. Expect New York City prices. Unlike in New York, however, Danes give genuine value for your money. I was particularly amazed at the quality of the food. I appreciate the generosity of my hosts who made my stay possible.

Denmark is a nice white country. I hope they can keep it.

Finally, if all of these options are too rich for you, you can simply order The White Nationalist Manifesto in paperback or a regular, non-limited hardcover edition.