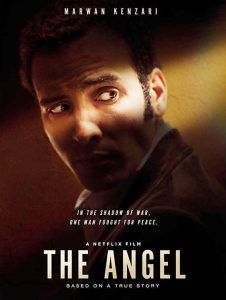 One of the biggest American blunders of the Iraq War – aside from starting the war in the first place – was the de-Baathification policy that was organized by the Jewish-led Office of Special Plans in the Pentagon. By using the term “blunder,” I’m referring to the white American view of the policy. From a Jewish perspective, de-Baathification and its associated disorders was, as they say, a feature, not a bug of the Iraq War.

A good way to understand the organized Jewish community is to watch what they do and ignore what they say. The key thing that politically active Jews do, whether it is in Israel or the diaspora, is to saddle the societies of their hosts or enemies with as many intractable internal problems as possible. In America, they sponsored “civil rights,” destroying the policy of segregation that had kept race relations on an even keel. Likewise, the Hart-Celler Act was deliberately designed by Jews and their allies in the government to end America’s white majority and inject immigration problems into American life. But in the Arab countries, the Jewish community has worked to destroy the secular Arab nationalist governments and replace them with Islamist fanatics.

Divide and rule is always a good strategy for an occupying foreign power.

Since coming to understand this situation, I’ve become interested in the secular Arab nationalist view of things. So when I saw the trailer for Netflix’s new film, The Angel, early on a Saturday morning, I immediately watched it.

The movie is about an Egyptian diplomatic official, Ashraf Marwan (Marwan Kenzari), who was also a spy. The exact nature of his espionage is still debated, and he died in 2007 after either jumping from or getting pushed out of a building, depending on who you ask. It is probable that Marwan was a double agent, pursuing Egyptian interests while working as a spy for Israel.

The move isn’t a swashbuckling thriller like Mission: Impossible. The tense scenes of Marwan being pursued by agents in London, as well as a blonde in a convertible, seem like cheap thrills that were tacked on to the real story. Despite this, the movie’s pacing is good and the story is interesting enough.

Marwan becomes a spy for Israel after he has an embarrassing run-in with his father-in-law, Gamal Nasser (1918-1970), during a dinner party. Marwan’s father-in-law is the remarkable President of Egypt who nationalized the Suez Canal and made Egypt a truly independent nation.[1] [4] Marwan also gambles, and has run up a lot of debts. Marwan thus has the M.I.C.E. components found in most turncoat spies: money, ideology, coercion, and ego. Marwan gives the Israeli Embassy in London a call, and Israeli Intelligence connects with him.

After Nasser’s death, Marwan becomes a trusted advisor to the new Egyptian President, Anwar Sadat (1918-1981). The story follows Marwan’s cloak-and-dagger escapades and his high diplomacy. Marwan gives a sort-of warning to the Israelis about an Egyptian attack on the Jewish Day of Atonement (Yom Kippur). We are told that because of this warning, Marwan is regarded as a hero in both Egypt and Israel, apparently because Marwan’s actions “saved lives” during the 1973 Yom Kippur War.

Many Israeli Jews were involved in the making of this film, although the reviews of it that have appeared in Egyptian and Israeli publications online are pretty harsh. It seems that the raw wounds of 1973 still sting. One reason for this is that Marwan and Sadat are portrayed as solid men. They aren’t the usual flat characters – the stereotypical Arab as fanatical terrorist, such as is common in Hollywood productions.

What makes this movie noteworthy is the Yom Kippur War’s relevance today. To understand why Hillary Clinton, the neoconservatives, the Israel lobby, and the Israeli government all push to destabilize secular Arab governments, as in Syria, and empower groups such as ISIS and Al Qaeda, one needs to understand this conflict.

When Ashraf Marwan was passing secrets to the Israelis, Egypt’s situation was as follows: 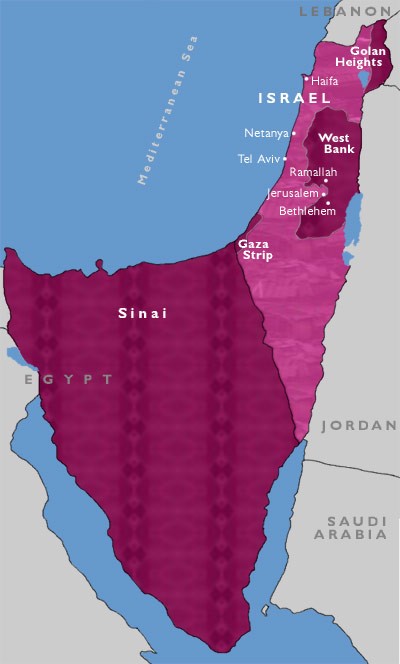 Israel in 1967: It looked big, but as Wilmot Robertson wrote, “. . . [T]hose who are caught up in desert politics – not only American Jews but Zionist and Zionist supporters everywhere – should beware of mirages.”[2] [6]

Anwar Sadat reflected on the actions of his predecessor in relation to Israel and decided that to get the Sinai back, he needed to show Israel that Egypt could threaten it militarily, and therefore that it was better to make peace. As Wilmot Robertson wrote:

. . . [T]he populations of the neighboring Arab countries . . . may be far behind the Westernized Zionist technically and economically. But they are not spear-carrying natives. They may not be able to make their own advanced weapons, but they know where to buy them, and they have the money to buy them.[3] [7]

Sadat rebuilt his military. Additionally, the Egyptians were able to capitalize on a revolution in military affairs that took place in the 1970s: rocket and missile technology had advanced to the point where a single soldier could easily destroy a tank at long range using shoulder-fired weapons. Additionally, new air defense systems could now be operated by soldiers with minimal training, and thus they could deny air superiority to the better-trained Israeli pilots.

Sadat’s military developed a brilliant plan to cross the Suez, overwhelm the defenders at the Bar Lev Line, and then defend against the inevitable Israeli counterattacks. Prior to the war, the Egyptian army conducted a great many wargames and maneuvers. During this time, Ashraf Marwan fed accurate information to the Israelis, albeit with one exception – he knew that the war scares were a feint. During these exercises, Sadat would always call off the actual invasion at the last minute, so the Israelis got used to constant war scares. When the Egyptians were about to actually invade, Marwan deliberately gave the Israelis the wrong time for the offensive, giving the Egyptians a critical four hours to mount a surprise attack.

Crossing the Suez. In 1973, the Egyptian army pulled off one of the greatest feats of arms in twentieth-century military history.

The Israelis rallied. They turned back the Syrian attack in the north and won what appeared to be a tactical victory by encircling part of the Third Egyptian Field Army. The losses suffered by Israel were very high, however, with nearly three thousand combat deaths in a little more than two weeks of fighting. Sadat won back the Sinai through a strategic military victory and a negotiated peace.

The most critical lesson learned by the Israelis following the Yom Kippur War was not, in retrospect, how to do a Sagger missile drill [9]. Nor was it the fact that secular Arab nationalist governments could rally and inflict considerable damage upon them.

Instead, it was what transpired on October 6, 1981. On that day, a group of Islamist fanatics assassinated Anwar Sadat at a military parade commemorating the crossing of the Suez Canal in 1973. The fanatics were led by First Lieutenant Khalid Islambouli. As a result, the Israelis realized that the greatest enemy to secular nationalist Arab governments isn’t Israel or the United States, but Islamists following the ideas of Islamist thinkers such as Sayyid Qutb (1906-1966), who laid the foundations for and provided inspiration to all of the subsequent jihadi movements.

By his own words, Islambouli was merely angry with Sadat for reaching a compromise with Israel – but it is what people do rather than what they say that matters in the end. In fact, it is the results of what people do, including the unintended results, that really matter. Regardless of his aims, First Lieutenant Islambouli did a great deal of damage to secular Arab governments and societies by emboldening the Islamists.

A nation governed by an Islamist ideology is at a big disadvantage. Islam closes the mind and ultimately deploys its considerable capacity for violence against its own. In the Islamist worldview, the “apostate” or “traitor” is a bigger threat than a nation such as Israel – so the Islamist circular firing squad is sure to follow. Egypt, with its long history and rich cultural heritage, managed to suppress its Islamist currents without too much bloodshed, but Lebanon, Iraq, and Syria could not. Wherever the Baathists and other Arab nationalists are driven out, the Islamist chopping off heads is sure to rise. And today, Islamist fanatics are the spear-carriers of the Zionist project by weakening progressive, secular Arab nationalist governments. Needless to say, these same groups also terrorize whites from California to Paris.

On a final note, the Yom Kippur War was a considerable burden for America as well. Israel required a big airlift of ammunition to keep fighting during the conflict, which strained America’s ability to defend Europe from the Soviets. Additionally, the crisis raised Cold War tensions between the US and the Soviets to the brink of nuclear war.

It is likely that the events involving Egypt and Israel during that time were as much a cause for the economic and social malaise of the 1970s as America’s loss in Vietnam. The Arab oil embargo which was enacted in the aftermath of the war hurt the economies of the United States and Europe. Additionally, that famous nineteenth-century example of technical progress, the Suez Canal, was shut down from 1967 until 1975. The increased shipping costs associated with the Suez’s closure also had a negative financial impact. And Robert F. Kennedy was killed by a Palestinian immigrant in 1969 due to his support for Israel – another example of blowback from America’s reckless Middle Eastern policies.

And it hasn’t ended yet. Hillary Clinton and the late John McCain’s support for Islamist “rebels” is a subsidy to Israel, and today the barbarous Saracen is on the march everywhere. Even slavery has returned. Ironically, those progressives who help the jihadis are helping to undo the very real progress made by Arab nationalist regimes over the past century.