The Reemergence of Honesty 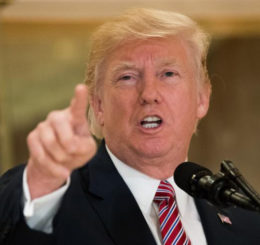 It has been commonplace for decades to hear words and phrases uttered casually in a wide range of settings that point to a deep collective discomfort with direct language, i.e. the conveyance of ideas and desires in unambiguous terms. The ever-expanding catalog of euphemisms necessary to accommodate the latest trends in political correctness is certainly the most obvious part of this phenomenon but there is another dimension that is even more indicative of our degraded social state: the fear of honesty itself.

But this anxiety contains within itself the seed of its own collapse: fear and fascination go hand in hand. Forbidden knowledge carries great power simply by virtue of its location in the darker regions of social space so when such knowledge finds its way into the light it has additional force and weight that it might not have had otherwise–especially when this knowledge contains provable truth.

We see this fear of honesty everywhere. Political pundits, for example, speak of “tone deafness” when public figures dare to actually say what they really think about a given issue and debates will often include the word “untrue” instead of “false” when disagreements arise. The average person’s language has grown soft and compliant, more concerned with how he will be viewed than by the accuracy of his statements. He cowers behind conceptual ambiguity and shaming words and regards those who find such conventions ludicrously restrictive and counterproductive as beyond the pale.

Nowhere has this been more obvious recently, of course, than in news coverage of Donald Trump. But like so much about Trump, the responses have little to do with him as a politician. In between the revolving collection of liars, operatives, shills, and traitors who are paraded daily across the Jewish media are some people who are probably just legitimately horrified at the presence of a character like Trump in the White House. But although there are indeed many valid reasons to dislike Trump, these people will more often than not fail to come up with anything substantive, instead simply repeating the standard incantations of egalitarianism in order to exorcise the demon: racist, white supremacist, hater, misogynist, Islamophobe, and so on. These are meaningless terms in and of themselves but socially significant in that they brand the accused a heretic, a danger to their fantastic conception of the universe.

They are unaccustomed to whites–especially white men–speaking their minds without regard for their tender egos and sensitivities. They are used to apologies, backtracking, and kowtowing upon request. They are used to deference and an emasculated socialization. If nothing else, Trump has created a rupture in their understanding of nature. Or, more precisely, Trump has reminded them that their conception of nature was built on lies and misunderstandings and was thus always going to be temporary. They were indoctrinated into a belief system of terminal fragility and they see it fracturing before their very eyes.

As the glass cracks around their delusions, their fear intensifies. The unknown, the forbidden knowledge, the things that the culture controllers have spent so many decades hiding, are reappearing everywhere–faster than they can be censored, faster than they can be glossed over, faster than their various defense systems can withstand. There are no arguments left for them to make: they have lost the intellectual battle no less than the moral one. All they can do is shriek and whine in Pavlovian fashion at every example of the resurgence of a functioning sociopolitical immune system. We are currently witnessing the full extent of their ability to control the historical narrative using soft power. One need not be a White Nationalist or “red-pilled” to marvel at their shameless hypocrisy or even to find their desperate attempts at controlling the damage of a century of lies somewhat humorous.

This is not, however, to minimize the threat or declare premature victory or anything of the sort. But when the culture controllers are so obviously detestable to normal whites, so obviously deceitful, and there are so many White Nationalists and sympathizers present everywhere injecting counter-narratives, connecting (and naming) the dots, as well as tirelessly providing evidence for the accuracy of the forbidden knowledge we possess, we are bound to change the minds of people we will never meet, in ways we will never know. Our enemies have made our ideas tantalizing by condemning them. In their efforts to glorify transgression they have undermined themselves. The better minds will ask questions of us and will investigate what we are saying. Others will simply recognize some commonsensical truth in what we say or might even just jump on board to be contrarian and rebellious. The terrible thing about this, from the anti-white system’s perspective, is that instead of finding nothing but crackpot theories and esoteric vagaries, those who have the intellectual independence to think beyond imposed Judeo-elite parameters will find good old-fashioned honesty and men of courage and conviction, which non-sociopathic humans will naturally follow.

Most of us probably know at least one man whose mere physical presence makes us feel better and more secure: a man who can handle all problems good-naturedly, who carries himself with confidence at all times, who is not afraid to speak his mind, who gets the job done. Some of us are that man, some of us are not. But we all know one. The reaction to Trump is a reaction to the reemergence in the Western public sphere of this type: it is almost foreign to us now and it makes those invested in our displacement very worried. It is the reemergence of the honest man; it is indeed the reemergence of honesty itself.

Trump as an, admittedly, somewhat disappointing politician matters little in this regard. His implicitly white and unapologetic self-assertion–his raw energy–is to a great extent what they fear, which is why they have had to resort to personal attacks, sewing circle gossip, and ridiculous conspiracy theories in order to try to bring him down. Most liberals with whom one speaks loathe him but, when pressed, cannot explain why in concrete, adult language. They are so far removed from the realm of honest communication, so used to the rapid-fire emoting of newsreaders and other Jew-sponsored con-artists that they have forgotten how to be honest even with themselves. But, as humans, they cannot help but be drawn towards displays of power. They cannot turn away. Trump, whatever they think of him, carries himself honestly and fearlessly. Despite his faults, he is the type of man one wants around. The hysteria surrounding him has next to nothing to do with his incredibly mild form of civic nationalism. It has everything to do with Trump as an archetype that they truly believed had been successfully eradicated from public life and was on its way to being eradicated from private life as well. Sucks to be them.

Whites did not evolve to live among large groups of liars. We hate them. We tend to assume that those with whom we are dealing are acting in good faith. This is, of course, why we have always been vulnerable to Jews, whose lying is almost symphonic in depth and complexity. In a culture held hostage by them, those who want power must conform to their standards and roll around in their mud. They must forsake honesty, must hide their natures, engage in deception, mince words, force themselves into a state of artificial neurosis which then spreads like a virus throughout the culture: they must Judaize themselves. But this will fade as honesty reasserts its social value. And as honesty reasserts its social value, the Jew will lose his because he is little but a walking, talking lie.

We are a long way off from where we want to be but it is impossible not to sense a reawakening of honesty in public life. The duplicity of mainstream politicians who use phony patriotic rhetoric and feigned moral indignation in order to enact policies that destroy white America is becoming increasingly apparent. The absurd degree of bias from collaborator scum journalists is also increasingly obvious to all but the most partisan observers. Because they cannot hide quite as well any longer, they have been forced to show their hand. Transparency has been thrust upon them. They have been given a brutal shove by Trump down their slippery slope. 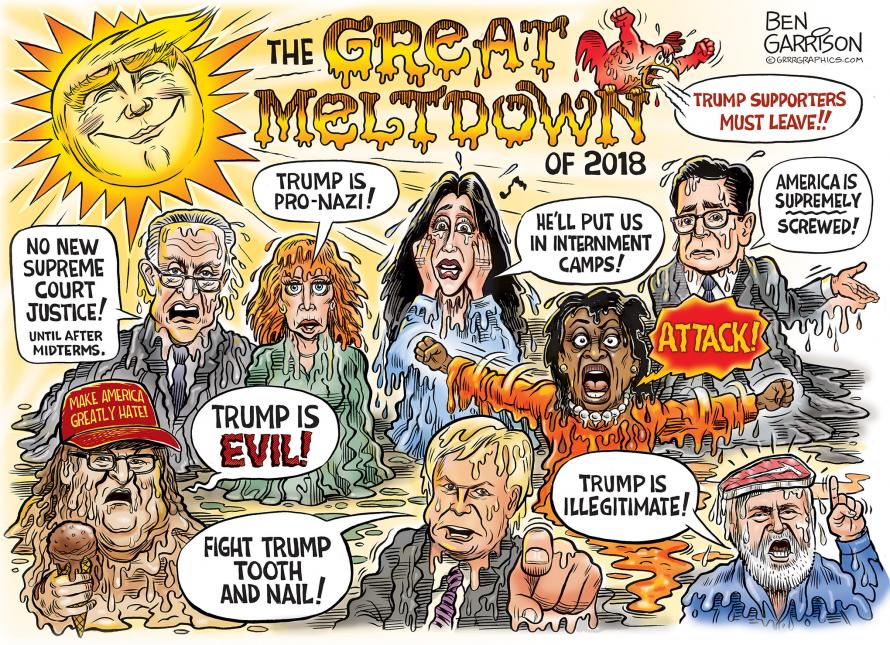 But this is to be welcomed. They have always been lunatics and now they have to own it. Now they have to suffer the consequences. No longer, for example, can they claim they are not really for open borders or that they merely want to “reform” the immigration system. No longer can they claim to just want “sensible” gun control laws or mere “tolerance” of whichever minority group is fashionable at whichever incestuous awards show is on television during any given week. As soon as someone finally realizes that these people are nothing but filthy, contemptible liars, we are right there to tell them why. And so we benefit from their open lunacy, Trump’s shove, and the power of our mystique and our commitment to unabashed, full-spectrum honesty. It’s a great and important time to be alive. Go be honest.

» Events Have Been Set in Motion