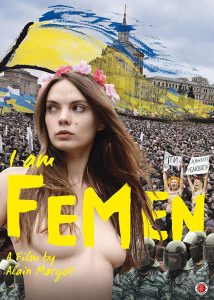 A founding member of the feminist group Femen has died at the age of 31. Oksana Shachko has apparently taken her own life in her Paris apartment by hanging herself. She was of course not the real leader, for the real leaders were the financiers of Femen, the ones who provided the Ukrainian with an expensive Parisian apartment, the ones who set her up with a cushy career as an “artist,” where she could deconstruct Western culture to her handlers’ hearts’ content. Everything Femen has done has been contradictory and destructive. They have supposedly campaigned against sexual exploitation by exploiting their naked bodies, campaigned against dictatorship by having a strict unelected leadership, campaigned against religion by creating mock-iconography. And in this latter campaign, what have they done but deny women spirituality? 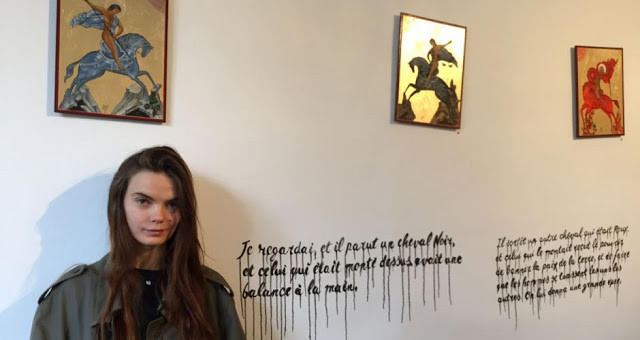 Oksana Shachko, the abyss within

Her suicide follows that of fellow Femen activist Julia Javel in 2015, another so-called artist who lived in an apartment in the seventh arrondisement of Paris, the most sought-after district among the French elites. Like Shachko, she had been purged from the movement shortly before in a move rather typical of Communists. Yet the real leaders of Femen have always been men, the money men, the men who decide Femen’s actions with their wallets — and unsurprisingly, they are Jewish. Their original mentor and Ukrainian nationalist Viktor Syvatski, who envisaged a movement against perceived Russian imperialism, was chased away long ago. The major benefactors now are George Soros, who is well-known to us, and Jed Sunden, a.k.a. Judd Sanden, an American Jewish millionaire who sold a media empire he had founded in the Ukraine to Pakistani oligarch Mohammad Zahoor in 2011. Jews enabling Muslims in the West? Well, imagine that . . . 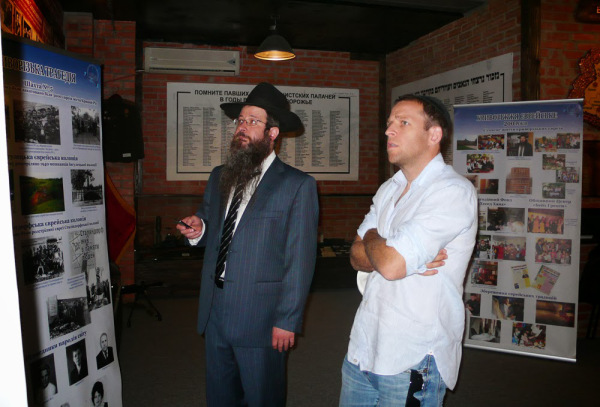 Sunden and Soros are supported by a small network of Jewish women, along with a few key Gentile shabbos goyim. Galia Ackerman and Anna Hutsol are two Russian Jewesses. The former now lives in France and publicizes Femen and wrote a book about them, as well as articles for Le Monde, Libération, and the Huffington Post, among others. The latter founded Femen in the Ukraine with Shachko and Alexandra Shevchenko and it is clear that Hutsol was the driving force. Shachko was the first to go topless at a demonstration and was creating mockeries of Eastern Orthodox icons at the time of her death, as she had for her 2016 exhibition at the Galerie Mansart, where Muslim Azad Asifovich is curator. In tearing down every vestige of her culture and society and replacing it with mere cynicism and mockery, she had looked into the abyss and the abyss had looked back. I may reject Christianity, but I do not tear it down without a spiritual replacement that is more European. In attempting merely to destroy the Logos, she had embraced madness and self-destruction. This is ultimately what feminism leads to, for women embracing feminism are rejecting Nature, starting with their own. 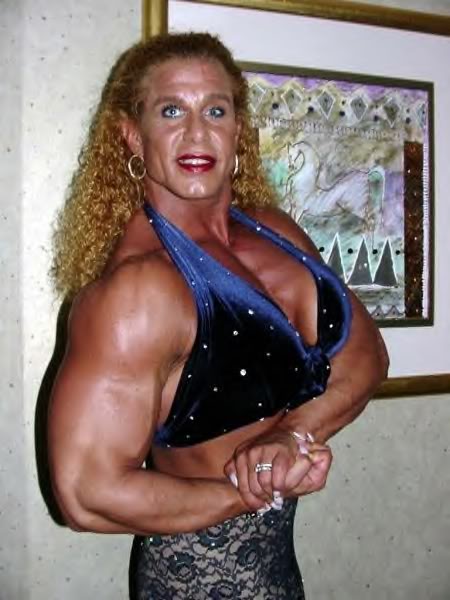 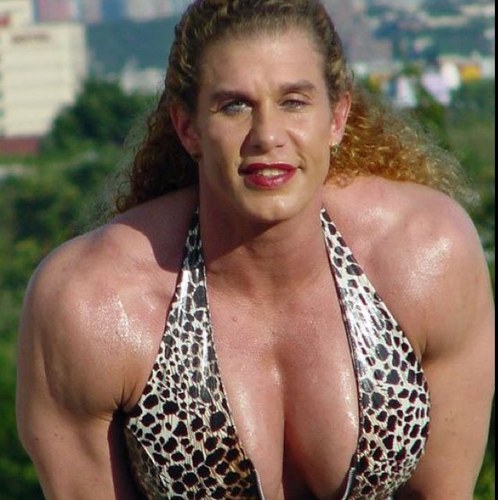 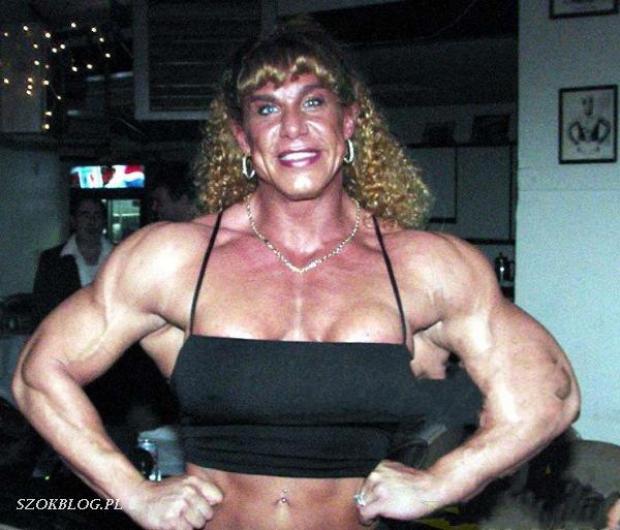 There are many ways feminism attempts to undo Natural Law. Most people will never have heard of Nicole Bass. A bodybuilder and wrestler, she died in February last year, aged 52, of a stroke more than likely brought on by years of steroid abuse. She had already been hospitalized in 2006 by steroid-induced pancreatitis. Her use of steroids, PEDs (and probably hormones) had not only transformed her body into a Frankenstein’s monster, but her face too, it becoming more masculine than an average male face by exaggerating the features with a lantern jaw, the brow ridge being built up and nose becoming larger (see photos above). No photos of her circulate from before her body transformation, but the photo below from 1989 shows her just a couple of years before her complete transformation, and one sees the last vestiges of femininity in her face. As wrestling promoter and commenter Jim Cornette said in interview, the WWF basically employed her as a circus freak in 1999 after her wrestling debut in ECW a year earlier. Is this in any way empowering for women to be considered a freak? She had, after all, apparently been quite an attractive and well-developed woman in her youth. 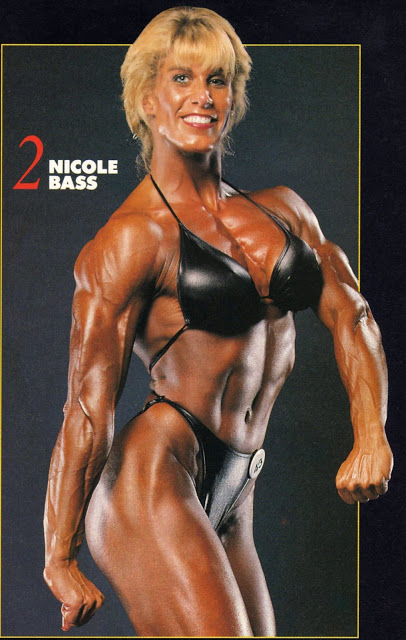 I know what the Left will say, that the problem lies with society, that it exposes society’s intolerance of people outside of its repressive norms. It is the usual spiel. Yet Nicole was not born this way, but abused herself via artificial harmful drug use that led to ill health and death. There is no doubt that the feminist agenda was firmly in her mind when she chose this path, as she stated bluntly in an interview:

. . . when I go to the gym, I don’t train with girls. What am I gonna do, two plates on each side of the leg press? I’m built like, you know, better than the average guy. . . . I’m built like the guys, so why shouldn’t I do what a man can? I believe that society puts women into these molds and says, “You know what, you’re . . . supposed to diet and complain a lot because you’re fat, but don’t go to the gym and lift weights. That’s bad, you know.” So I come from just a different mindset. I think that a woman can do whatever a man can do.

It is an interesting statement, for she both states that women are not built to the same strength as men and simultaneously that she believes women can do what men can do. She acknowledges that she did not train with women because women have less strength by Nature than men. It is the typical Leftist doublethink, and one notices the sneer at women when mentioning the leg press. The irony is that she could never have attained the same level as men herself without the use of artificial stimulants. I know what the feminists will say, that the male bodybuilders also use PEDs –and they would be right — but this is a strawman argument that is beside the point. The point is that in order to compete with men, the drugs have to accentuate physical (and mental) masculinity, and that is readily observable, particularly in women like Nicole. It rather adds to proving the point that what many feminists really want is to be men.

In the interview, she also talks about her youth, when she was large-chested and feminine, which is also interesting in that she reveals her discomfort in men staring at her breasts. How odd that someone would want to be stared at as a freak but not as an object of desire. And this reveals the true sickness of post-1960s society, where alienation, after Jewish Frankfurt School theorist Herbert Marcuse, is deemed as a potentially positive force for social change — read social destruction. Therefore feminism is a tool for alienating men and women, and men and women who are alienated cannot breed and renew their civilization, culture, and race. It is no coincidence that Nicole Bass became a lesbian despite a long and happy marriage to Richard Fuchs. Was this from the psychological impact of the drug abuse or the theory? A mixture of both, I suspect.

I do not wish to sound like Harry Enfield’s “Women, Know Your Limits! [8]” sketch, which furthered the BBC feminist agenda in its caricature of the allegedly patriarchal British society of the past, but some boundaries are not meant to be overstepped for one’s own good — both for women and for men. Feminism gives a false sense of empowerment, when going against Nature can only lead to self-destruction. In any case, the paradox is that women are forced into competing with men in male arenas on male terms. And when they fail, men have to be hamstrung. That is not empowering women, but setting up both sexes for mediocrity and failure. It is deliberate. Women have their own strengths that are made to complement those of men, for men and women were designed by Nature to work together. If they don’t, it is the end for both sexes. Feminists like to think of themselves as intelligent. If they are, they might like to ponder why so much of the theory, promotion, and funding originates with Jewish men . . .

This article originally appeared at the Mjolnir Magazine [9] Website. Be sure to check out Mjolnir‘s YouTube channel, Mjolnir at the Movies [10], which features film commentary from a Right-wing pagan perspective.