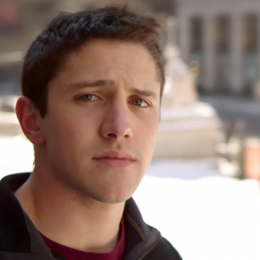 Eric Clopper’s presentation Sex and Circumcision: An American Love Story, at Harvard’s Sanders Theatre on May 1, 2018 earned him rather scathing press in The Crimson. His views were then “investigated” by Harvard, which eventually fired him from his job as a systems administrator.

At the beginning, Clopper piqued my interest by mentioning a group that conflates nearly all criticism of them with discrimination. Clopper then begins to set the stage, citing his background, the fact that he is a “cis-gendered, White male [although moments earlier he mentioned being Jewish] from privilege,” and in a relationship. He speaks of his knowledge of circumcision and warns us that his talk will be controversial. His Left-wing frame and rhetoric early on should not dissuade you. Clopper quickly ends up headed down a rabbit hole that I am not sure he even fully grasped, at least not until the reprisals came down on him.

Something about Clopper’s presentation and apprehension were familiar to me, as I’m sure it will be to most of you. He laments feelings of fear, of offending others, of being labeled an extremist, and of questioning his own sanity upon learning the truth.

“I didn’t come to debate this issue. I came here to dominate it.” This statement, a mere ten minutes into the presentation struck me as odd. I’ve attended many presentations such as the one being delivered, research seminars, and similar academic functions, I’ve never heard a presenter, even experts in their fields, qualify their delivery in this nature. At first I thought it may be part of his delivery, somewhat of a theatrical element. Later I would understand what he truly meant. Clopper was not simply trying to educate an audience on circumcision, Clopper was going to stare down thousands of years of Jewish culture, question the influence of Judaism over the United States, and declare war on a hostile elite. Clopper was right, he did not come for a debate. Nor did he come to expand research in the field by some small margin. Clopper came to speak truth to power. To stand as one man against the “demonstrably evil influence” that Judaism has over the United States.

Clopper then presents “Clopper’s Five Censored Facts.” He starts with ancient rabbinical teachings, moves into American adoption of the practice of male, neonatal, circumcision, how damaging circumcision is, as well as the erroneous information surrounding the act. Erroneous information such as the notion that circumcision lowers STI/STD transmission rates. Clopper implicates the US media as being an accomplice to the lie of circumcision that is motivated by Jewish religious customs, and finally, he lucidly argues that male circumcision is no less barbaric, and perhaps even more so than female genital mutilation.

I almost could not believe what I was hearing at times. This was a highly educated man, raised Jewish, delivering a speech at a world renown university, going head-to-head with what he described as an “ancient and evil ideology,” one that was “hideous and duplicitous.”

Clopper describes circumcision as a “satanic ritual,” a “blood sacrifice,” and Judaism as a “genital mutilation cult.” He often questions why any criticism of Judaism and the Jewish community, no matter how legitimate, is decried as nothing more than the ravings of madmen. He cites “deranged loyalty to an ancient and evil covenant,” as for why Jews like Andrew Freedman of the American Academy of Pediatrics, would advocate in favor of such a horrific practice. Clopper even called out AIPAC along the way.

What Clopper stumbled onto was something far larger than I think he could have anticipated. I very much doubt that Mr. Clopper ever once in his life considered something called “the Jewish Question.” He started with a simple question: why does the US, an advanced nation, regularly practice an ancient and barbaric genital mutilation? Isn’t that how it always starts? Asking simple questions?

It always starts the same, doesn’t it? A simple question. A small observation, and it always seems to lead to the same place.

I was in awe. The whole two-hour presentation was enthralling. I immediately shared the video with friends, one very close friend called the experience “one of the hardest red pills yet.” I called my dad after and thanked him. He made sure when I was a baby that there would be no satanic ritual, no blood sacrifice of an ancient genital mutilation cult, to harvest part of my body. I’m thankful all those years ago, my dad was already aware of what Clopper is trying to make everybody aware of now.

When I watched his presentation yesterday it had around 5,650 views, a couple hundred more as of writing today. I hope his message is spread far and wide. I wish Mr. Clopper success in his war, I hope this article helps him and helps his cause. I know it isn’t much, but it’s something. Please take the time to watch the video, share it with everybody you can, write Mr. Clopper words of encouragement, he even has a funding page set up if you’re inclined. He is doing important work. Despite our ideological and ethnic differences, I am happy to support and help share his message.

“Consider this my official declaration of war on our fucking covenant.” Clopper mentioned he fears to lose his job, becoming a political prisoner, or worse. When Iceland proposed a ban on circumcision, the country faced global condemnation from religious organizations, including members of the US House. Clopper knew what he was facing, to some extent anyway. And he went on stage for over two hours and declared his war all the same.

Clopper is somewhat of an anomaly, perhaps even rising to the level of Kubrick or Bobby Fischer. I wish Mr. Clopper the best of luck in his war. In many ways, we have a lot in common. Those of us who have also declared our war against the hideous and duplicitous ideology that dominates much of American life know exactly how Clopper feels. Right down to questioning your own sanity.